The amount of alcohol sold in Scotland's shops fell during the first year of minimum pricing but sales increased south of the border.

NHS research found the volume of pure alcohol sold per person dropped from 7.4 to 7.1 litres - a fall of 3.6%.

In England and Wales - where minimum pricing was not implemented - the volume rose from 6.3 to 6.5 litres.

The biggest impact of minimum unit pricing (MUP) was on cider sales which fell by nearly a fifth (18.6%).

The price of cider rose by 13p per unit on average to 56p following the law change.

Fortified wine - which had no price change from 60p per unit - was the only drink to show an increase, up 16.4%.

Minimum pricing saw the price of beer and spirits rise 6p per unit on average, to 57p and 58p respectively, while wine jumped by 14p to 61p. 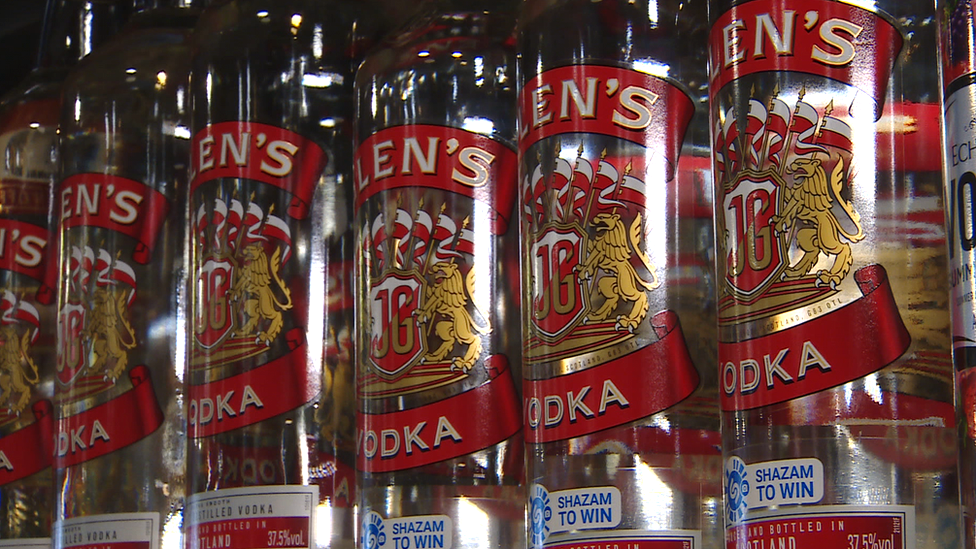 MUP was finally introduced in Scotland in May 2018 after years of delays from legal challenges.

It targeted low cost, high strength products, seen as a source of problem drinking, by setting a minimum price of 50p per unit of alcohol.

The analysis - which compared the 12 months after implementation with the previous 12 months - found it led to an average increase of 5p per unit.

The reduction in pure alcohol sold was the equivalent of 26 units annually per person - about 12 pints of average strength beer.

Despite the reduction, the sales equate to every adult in Scotland drinking about 27 bottles of vodka a year.

"For example, per adult sales of cider saw the greatest decrease, and this was likely to be associated with cider having the greatest relative increase in average sales price, once MUP came into force."

The researchers said it was unlikely the increase in alcohol sales in northern England was due to cross-border "booze cruises" because similar rises were also observed further south.

"While the impact of reduced consumption will take a little longer to show, I remain convinced MUP is one of the main drivers in reducing alcohol harm."

British Medical Association Scotland chairman Dr Lewis Morrison said: "Minimum unit pricing is still in its infancy - we are not even two years into the policy - but already we seeing a change and that is extremely encouraging for its long-term strategy."

Chief executive Alison Douglas said: "Even a small reduction in the amount of alcohol consumed in Scotland will mean fewer lives damaged by or lost to drink.

"Increasing the price of alcohol is one of the most effective and cost-effective policy measures to reduce alcohol consumption and harm."

The Scottish government has said it will review the level of minimum pricing after May, the second anniversary of the law coming into force.

How do you sell something taboo?