About 300 D-Day veterans are beginning their pilgrimage to France to mark the 75th anniversary of the Normandy landings.

Six Scottish D-Day veterans - all now in their 90s - have shared their stories and been photographed by Legion Scotland and Poppyscotland.

You can use the slider on each of the images below to compare how the veterans looked in World War Two and the new portraits of the men who served.

If you are using the mobile app, click on each image to view the slider. 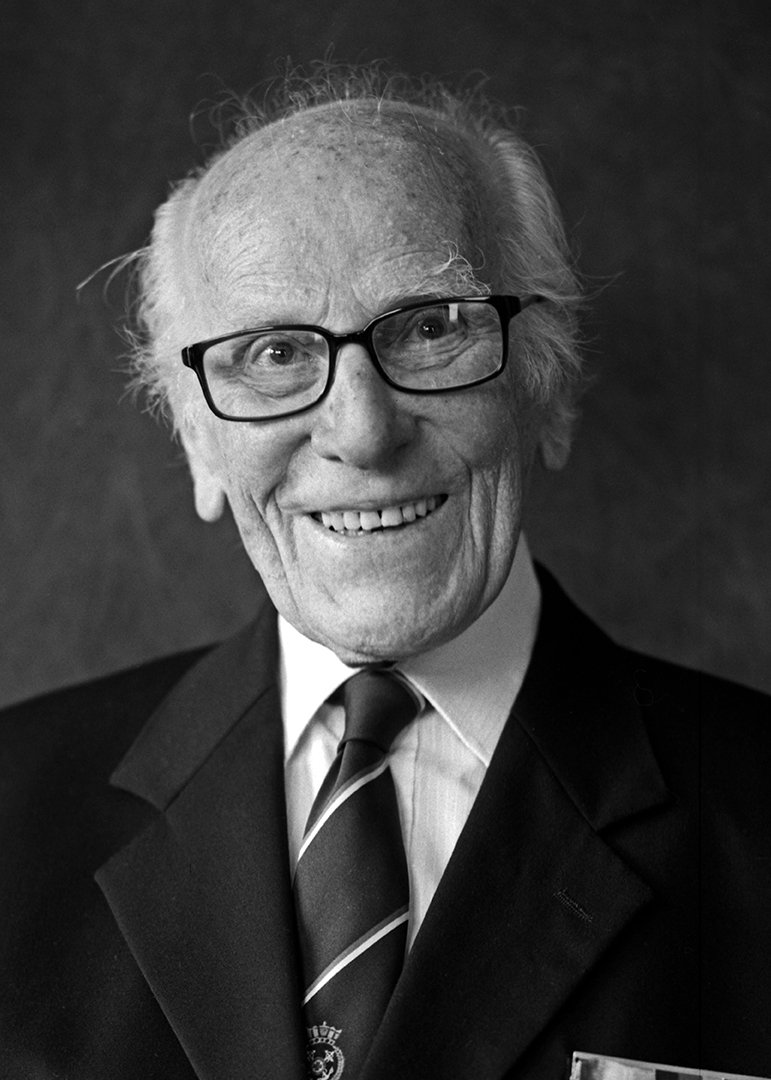 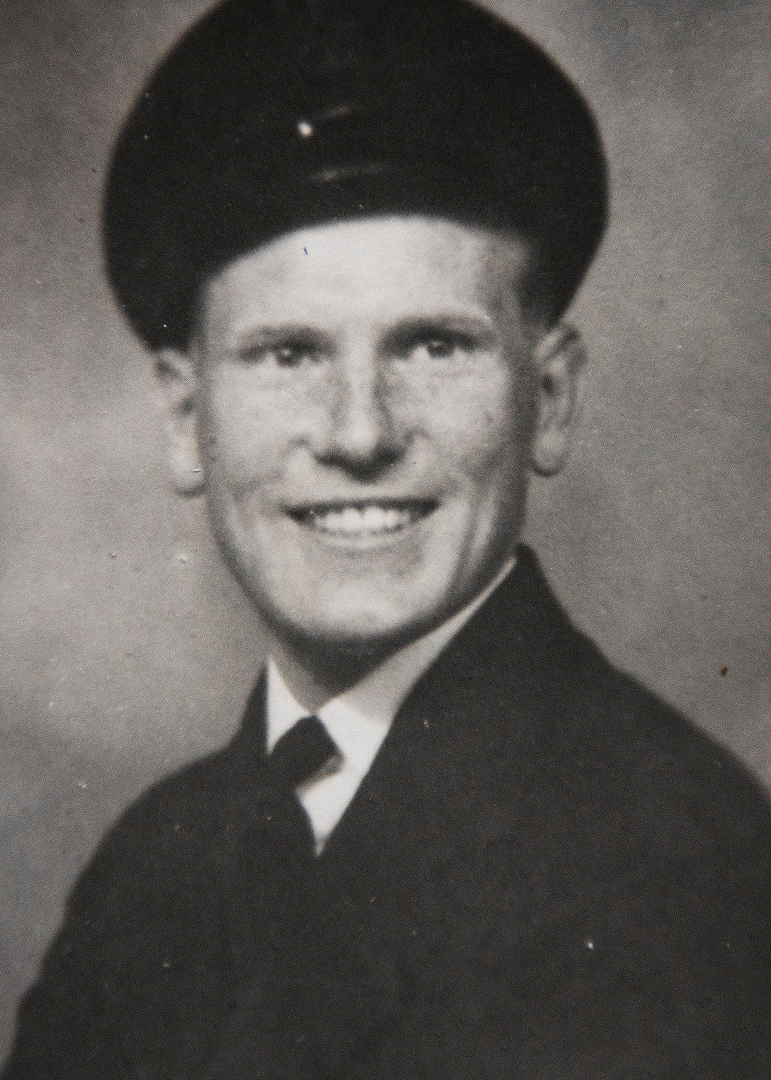 Mr Churm, from Castle Douglas in Dumfries and Galloway, was a medic on landing craft on D-Day, moving tanks from Newhaven in Sussex to Sword Beach, one of the five landing areas for the Allied invasion.

The 94-year-old says: "My overriding feeling was one of terrible trepidation. Nobody knew what was happening until we got there. The amount of shipping in the Channel was fantastic, though, every type of vessel you could think of was there."

After the war, Mr Churm became a physiotherapist, including a stint as the physio at Blackburn Rovers. 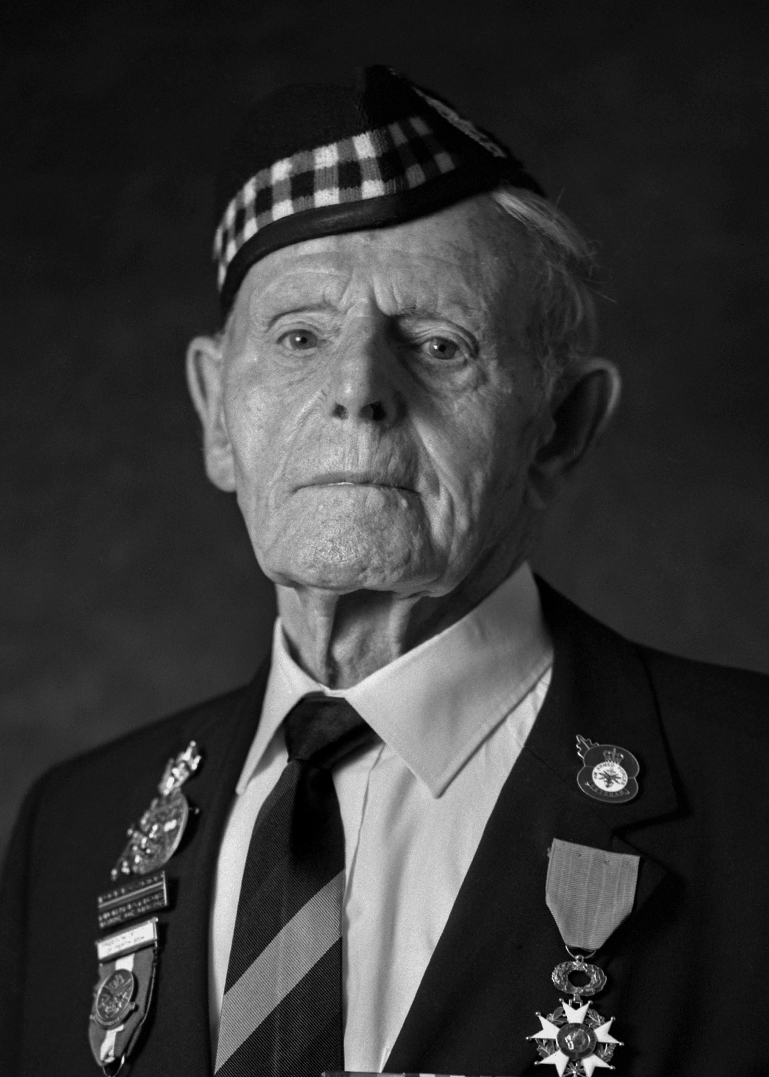 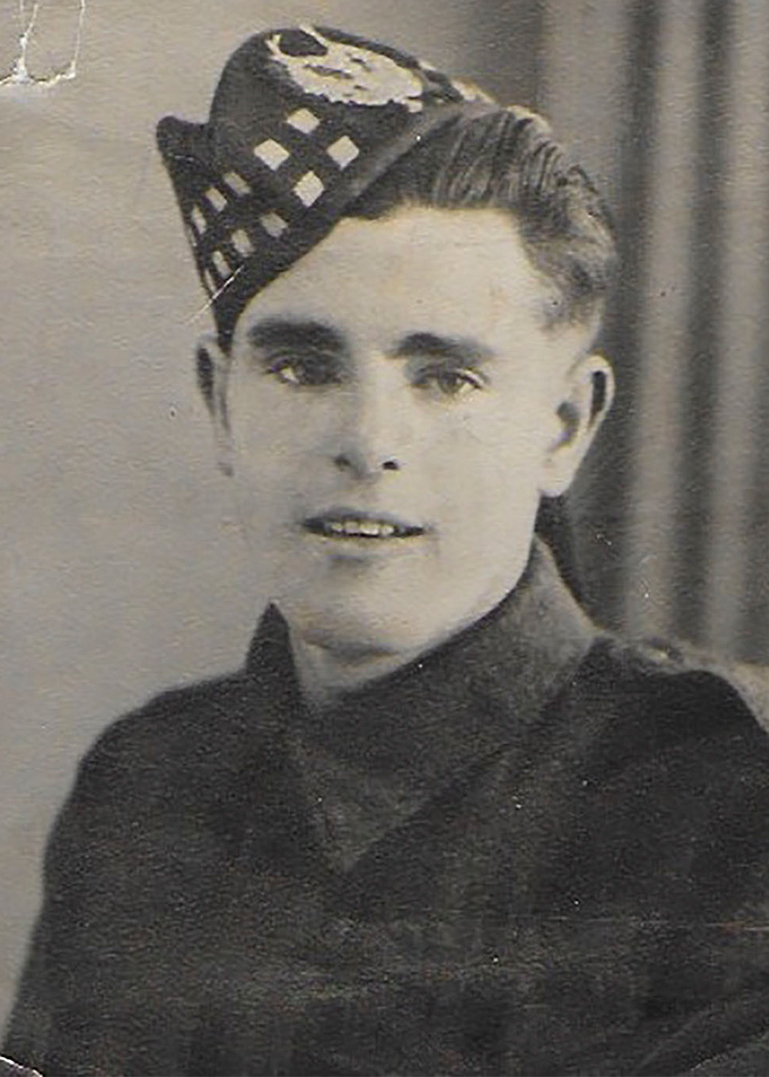 Private Glennie is now 93 and living in Aberdeen.

He landed at Sword Beach with the Gordon Highlanders, part of the 51st Highland Division.

Not long after, he was shot, wounded, captured and spent the rest of the war in POW camp Stalag 4b.

He said: "The overriding thing I remember from being a prisoner of war was the lack of food. We had to steal potato skins from the guards' bin. It amazes me now when I am out for dinner with my family and they order potato skins." 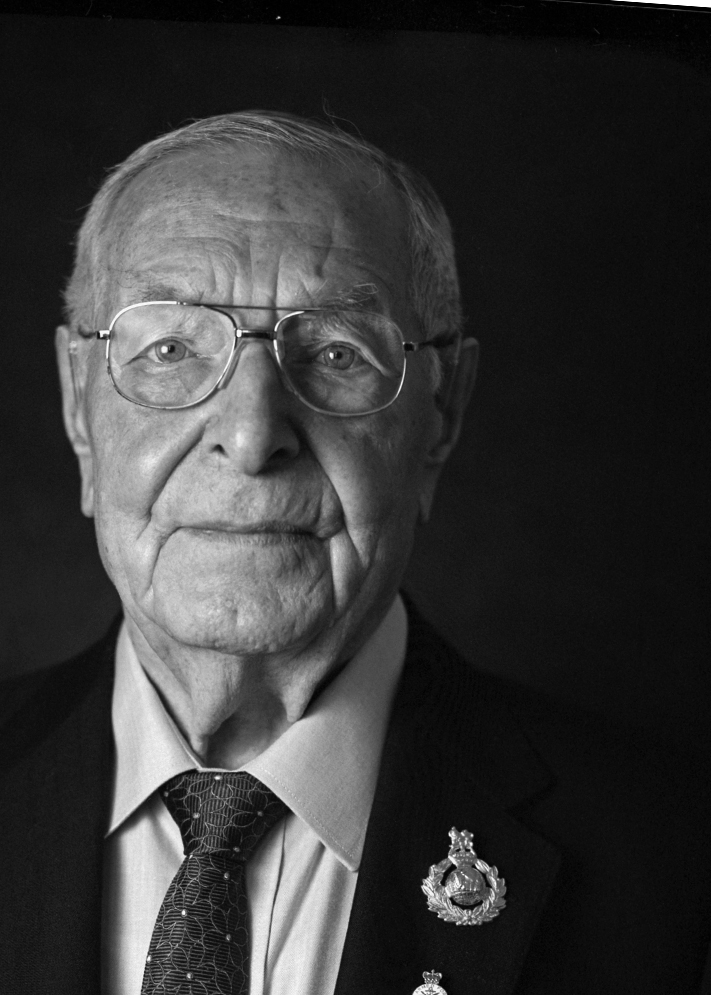 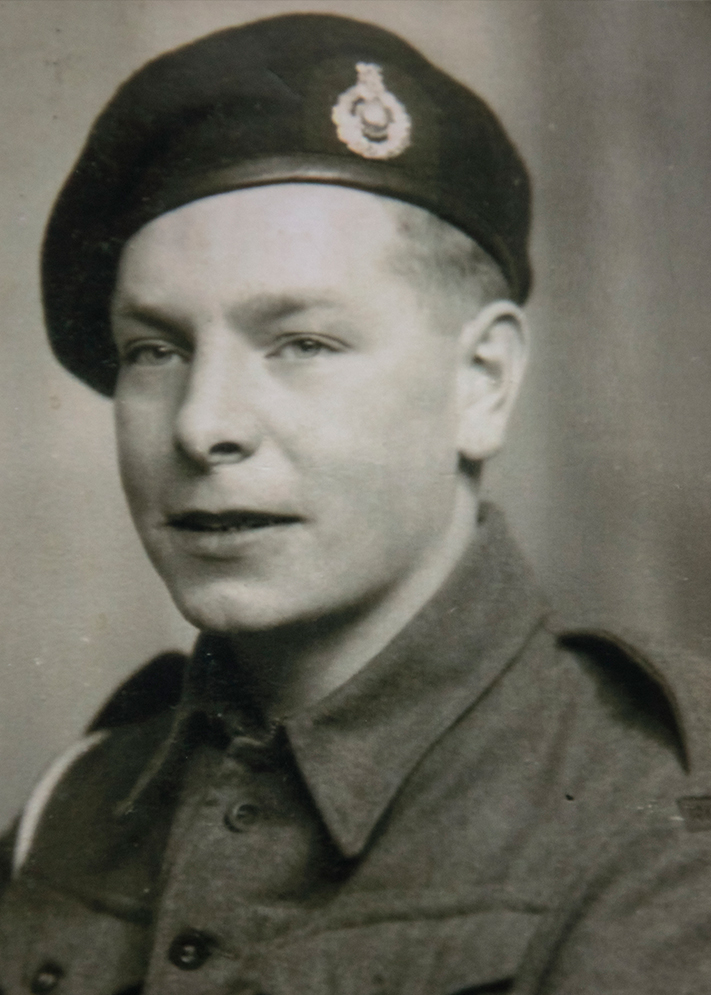 The 94-year-old, from North Lanarkshire, spent more than three months in France during the conflict.

He said: "We were just doing a job and we did what we got told to do. We didn't see ourselves as heroes.

"I always wonder what the French people thought that morning when they woke up and saw all of the ships."

After the war, Mr Gregson became a cooper. 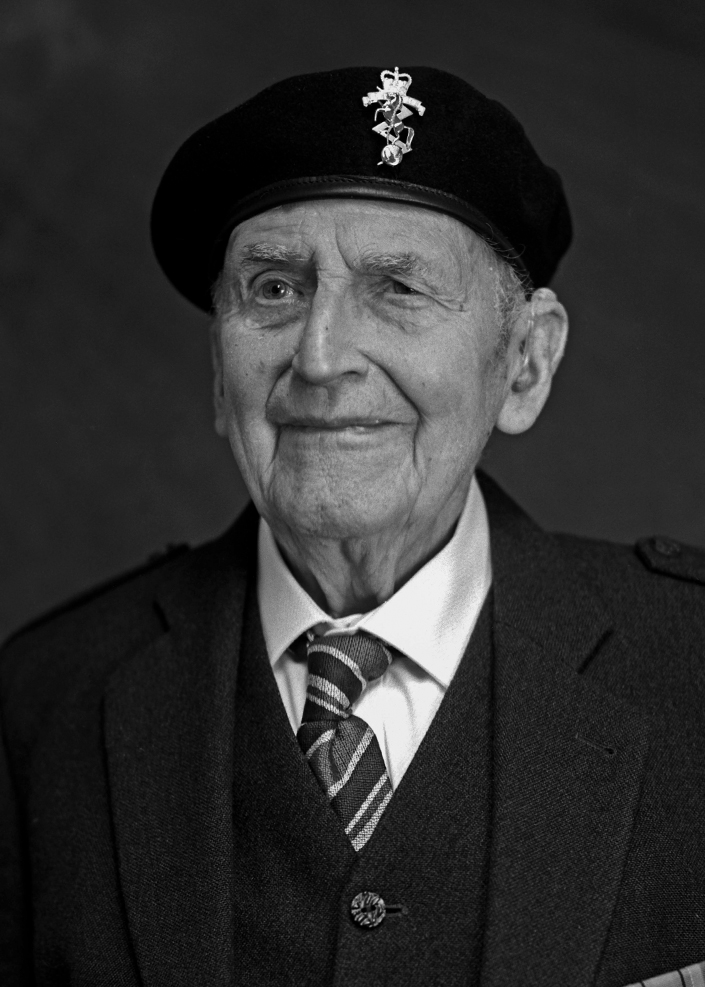 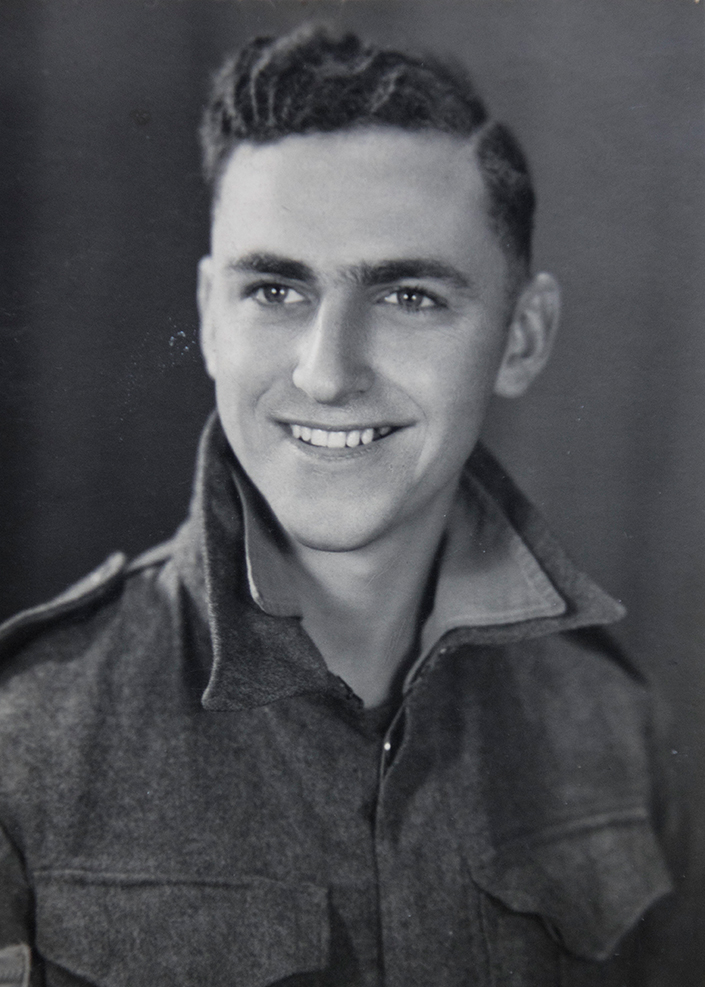 Sgt McOwan, from Peebles, was an instrument mechanic servicing repairs as required.

The 98-year-old, who served in the Royal Electrical and Mechanical engineers attached to the 8th Army, said: "My most vivid memory was the Armada of ships lying off-shore. They stretched for as far as the eye could see.

"We waited for what seemed like an interminable amount of time before we could go on shore. We felt like easy targets for the Luftwaffe.

"A couple of ships were hit, and we just hoped and prayed that ours would not be one of the next ones. For some reason, I remember that I did not even get my feet wet when we eventually came on shore as we were on landing craft vehicles." 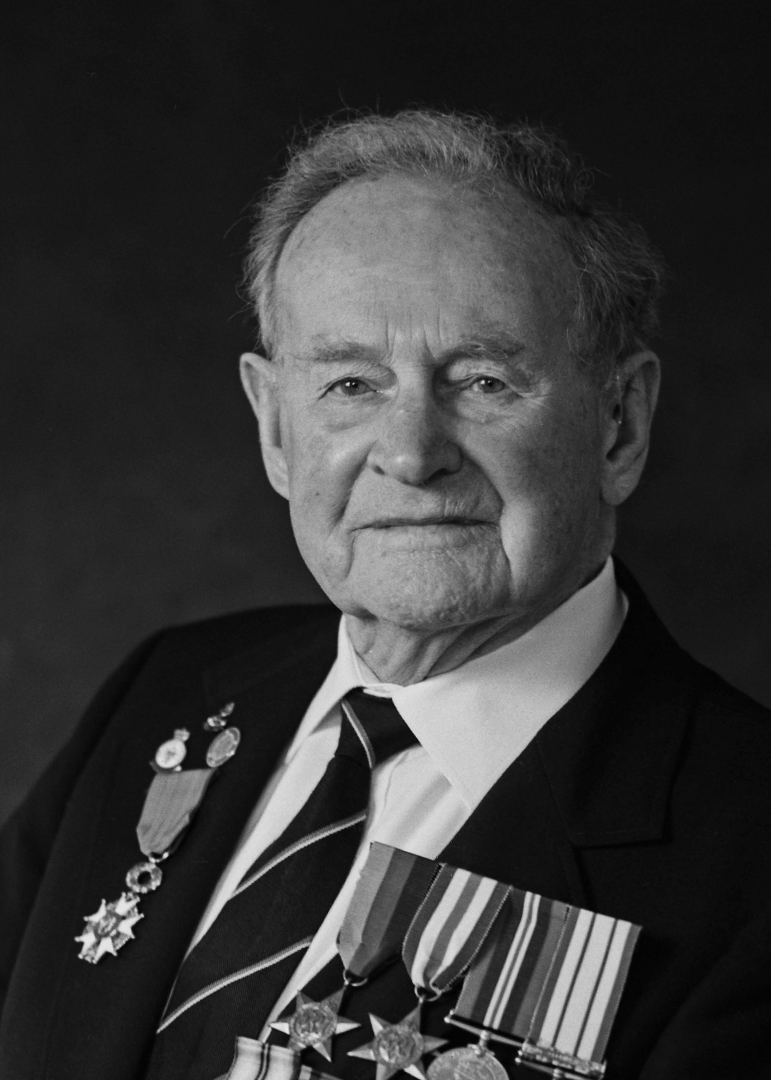 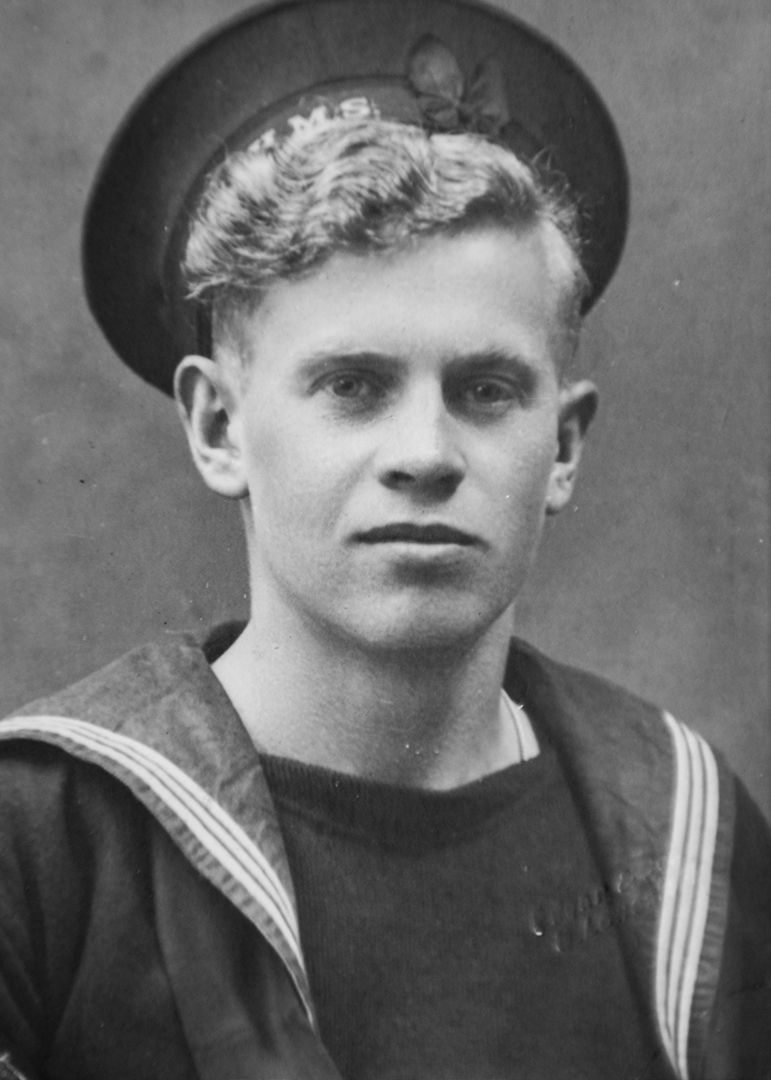 Mr Horne, from Port Seton in East Lothian, served on board a minesweeper alongside American forces.

He said: "We were the first Allied vessels to arrive, before the D-Day landings. We got some cover from the American warships firing over our heads towards the German placements.

"The noise was deafening. After it started, the shelling went on day and night and we never got any sleep.

"I later heard that 2,000 men were killed on Omaha Beach that morning, so, I do feel lucky that I was one of the ones that came home. During the operation, a minesweeper the same as ours was hit and sank in five minutes."

After the war, Mr Horne returned to life as a fisherman.

Sergeant Forsyth, from Hamilton in South Lanarkshire is now 95.

In 1944 he was a driver/operator working on reconnaissance for armoured division.

He recalls: "When I first went abroad I, like a lot of others of my age group, thought they were going to change the world, that is what we were going to fight for.

"Unfortunately, that quickly changed to fighting for our own survival, and that was difficult enough, until we arrived at the gates of Belsen.

"That woke us up to realise the depths to which a man can sink, and why we were really there."

After the war, Mr Forsyth became a teacher.

Portraits by Wattie Cheung for Poppyscotland.

China's president tells a high-level meeting that the country faces a "grave situation".

Why do so many reality TV stars face online abuse?

The real-life Rapunzel and other stories you may have missed