Sir Ed Davey has launched his bid to become the next leader of the Liberal Democrats, pledging to head up the "fight to stop Brexit".

The former energy secretary is expected to face competition from the party's deputy leader Jo Swinson, who is yet to declare her candidacy.

Current leader Sir Vince Cable announced earlier this month that he would step down on 23 July.

Nominations for the contest to replace him will close on 7 June.

"That means being tough on our banks, on the stock exchange, on the pension funds, so they take account of climate risk."

And, speaking at an event in London, Sir Ed said he would write to Commons Speaker John Bercow to request that a no-deal Brexit should not be allowed to occur without a vote for it in Parliament. 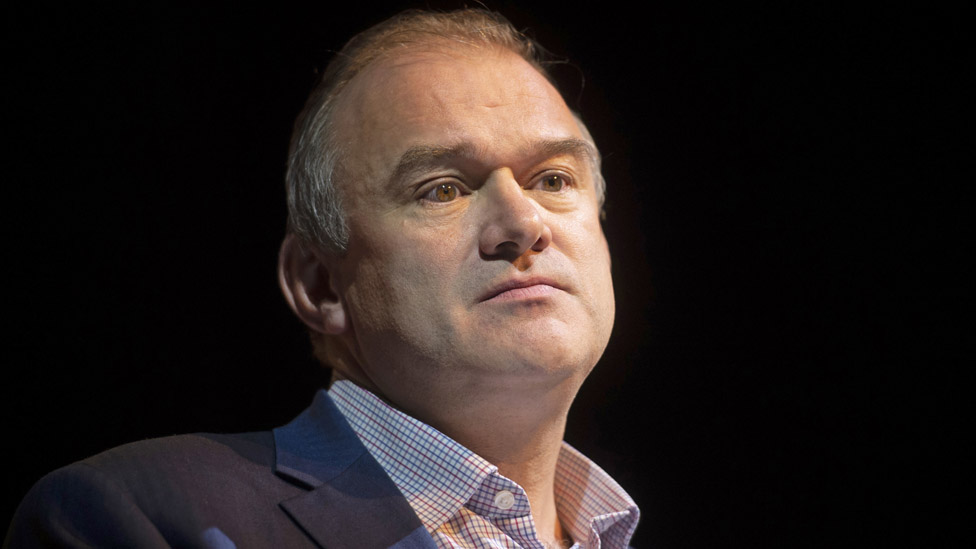 He also said he would request that no future prime minister would be able to prorogue Parliament to "run down the clock to a no-deal catastrophe".

Prorogation is when the Queen would end the current parliamentary session before a new one begins afterwards.

Sir Ed, MP for Kingston and Surbiton, in south-west London, also promised to "defend our NHS" from future cuts and take action to tackle climate change.

Candidates for the Lib Dem leadership must be an MP supported by at least 200 members spread across at least 20 different local parties.

They must also have the backing of 10% of the parliamentary party - currently, the party has 11 MPs.

Lib Dem members will then have the final say on who becomes leader.

A 13-year-old boy who tested positive for coronavirus has died, a London hospital trust says.