Prime Minister David Cameron has said the EU budget deal being offered in Brussels "was not good enough", as the summit broke up without agreement.

Mr Cameron said "unaffordable spending" was being cut in its member countries and EU institutions had to start to live in the "real world".

He said that what had been suggested amounted to "tinkering" with spending.

"We put down a very clear marker," said the PM, adding that a deal was still "doable" but not "at any cost".

"This wasn't Britain as some sort of lone actor," he said, adding that other countries backed the UK view.

At a press conference after the summit ended Mr Cameron said: "All of these countries are net contributors to the EU. In other words, like Britain, they write the cheques.

"Together, we had a very clear message - 'We are not going to be tough on budgets at home just to come here and sign up to big increases in European spending'."

He added: "But we still believe a deal is absolutely do-able. Freezing budget is not an extreme position."

The biggest net contributors (those who pay in more than they get back) are: Germany, the UK, France and Italy but EU Commission data shows that in terms of per capita contributions the UK is sixth, after the Netherlands, Denmark, Sweden, Germany and Finland.

Leaders of the 27 EU member countries are expected to meet again early next year.

Some countries had wanted to continue the talks but the two day summit ended after Germany and the UK insisted the differences were too great.

Talks on the 2014-2020 budget began on Thursday and continued on Friday afternoon, with most EU members wanting a budget increase, but the UK and some others wanting a freeze or cut.

President of the European Council Herman Van Rompuy had circulated a revised proposal for the new budget at the start of the two-day summit and said he believed a compromise was possible.

But German Chancellor Angela Merkel said after Thursday's talks: "I think we're advancing a bit, but I doubt that we will reach a deal."

French President Francois Hollande also cautioned that an agreement might not be possible: "We should not consider that if we don't get there tomorrow or the day after, all would be lost."

Mr Cameron has stressed the importance of the UK keeping its budget rebate, worth 3.5bn euros in 2011, despite the EU Commission and some EU governments wanting it scrapped.

The EU Commission had, Mr Cameron said, failed to offer up a single euro in savings - an insult to taxpayers.... and not stood up for taxpayers' interests. 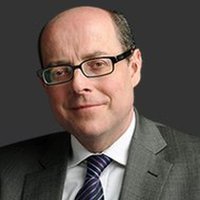 Mr Hollande has also called for subsidies for farming and development programmes to be sustained for poorer nations. France has traditionally been a big beneficiary of EU farm support.

Failure to agree on the budget would mean rolling over the 2013 budget into 2014 on a month-by-month basis, putting some long-term projects at risk.

Analysts say that could leave the UK in a worse position, because the 2013 budget is bigger than the preceding years of the 2007-2013 budget round.

The UK government could then end up with an EU budget higher than what it says it will accept now.

The UK's opposition Labour Party said the summit showed the UK PM was "weak and isolated in Europe".

Shadow foreign secretary Douglas Alexander said: "It is vital for Britain that the prime minister uses the weeks ahead to do what he has so far failed to do - making the calls, making the arguments and building the alliances - so that the right deal for Britain and for Europe can finally be agreed."

The Conservatives' junior coalition partners, the pro-European Liberal Democrats, said they were "at one" over Mr Cameron's actions at the summit.

A spokesman for Deputy PM Nick Clegg said: "Britain has worked constructively to come to a deal and, while there has been progress at this summit, the deal is still not right for Britain and a number of other countries.

"It is right that, across Europe, we now all take a couple of months to step back from this, continue to make our case for restraint and come back to it in 2013 ready to do a sensible deal along the lines we've proposed."

Why pop music is going back to the 80s... again