During the coronavirus pandemic, waiting lists for an allotment have swelled. The BBC visited one site to find out what these small patches of land mean to those who cultivate them.

Hidden at the end of an easily-missed grass and gravel track, you might never know the Lexden allotments in Colchester existed.

Take the turning, however, and a vast oasis of lovingly tended soil awaits.

There are more than 100 plots here and the diversity of the allotmenteers reflects the richness and variety of the vegetables, fruits and flowers they grow.

For plot-holders during the pandemic, these allotments have delivered health, company and fresh food to sustain them both physically and mentally.

'I can express that I miss her by having an allotment'

Former soldier Lazarus Kaunda, 40, arrived in the UK from Malawi in 2003.

As a young boy, his mother tried desperately to instil a passion in him for horticulture by cultivating the fields near their home.

"At the time I didn't like it," he says. "But when I am here, alone, the only way I can express that I miss her is by having an allotment.

"Being here takes me back, to Africa and those days. I didn't like it then, but I like it now.

"I bring my kids here and we send pictures back to Africa to show them my little allotment.

"For me, it is also a place for peace and quiet, to digest the decisions - the good decisions and the bad decisions that I have made - and to love the nature, by seeing plants growing." 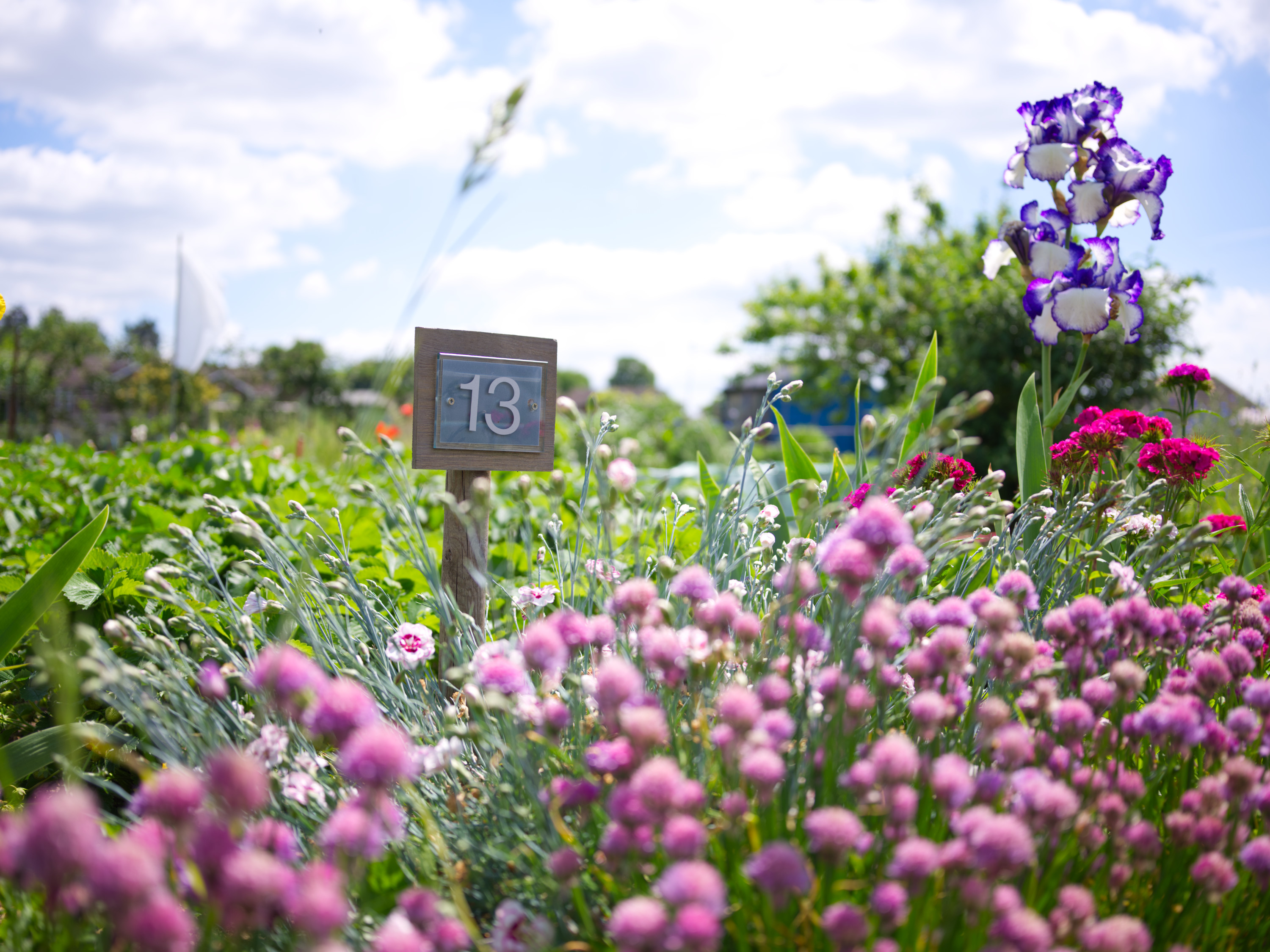 'It is all about the fun and the friendship'

Originally from Iran, Hashem Shariat has had an allotment for the past three years and describes it as a "blessing".

"During the pandemic we could not go out and we could not go shopping or anything else," he says. "But this is an open place and you are automatically 50m (164ft) to 100m (328ft) away from one another, so we are socially distanced.

"At the same time you are doing your physical exercise, having the joy of your hobby and enjoying yourself.

"I have always grown for fun and have tried unusual plants.

"So for this year I have started growing peanuts, sweet potatoes, cape gooseberries, aubergines, okras and watermelon. I do, of course, still have the usual such as onions, potato and brassicas and all that.

"It is a hobby that is not cost-effective at all. About 40% of your time goes into weeding, 40 or 50% goes into watering and only about 2% of the produce you have you keep for yourself.

"You give the rest to others - my previous postman, for instance, used to leave his bag outside my house and I would fill it with produce.

"It is very cosmopolitan here. For example, there is a lady from Nepal here and she gave me a Nepali vegetable and I gave her some Iranian vegetables. We do try and grow some things from other countries."

'I honestly don't know how I would have dealt with it'

She says having an allotment has helped her deal with the terminal illness and subsequent death of a very close friend.

"There's something about being up here. I honestly don't know how I would have dealt with it. It really has helped me enormously.

"It is not just a matter of having something to do, it is also creative and however long it might take you to get rid of the weeds, you then see the results from it.

"There is something about that. I feel I can deal with it better by growing things."

Ian Barbrooke is the site steward and is currently growing a range of items including parsnips, spring onions, strawberries.

For him, having a plot has helped maintain his mental health.

"Allotments are so good for everything," he says. "I had a mental breakdown a couple of years ago - and if it wasn't for this, I don't know where I would be.

"I was one of those people who never thought it would happen to me. I lost both of my parents within a year, I was threatened with eviction from my house and work was getting on top of me and it all got on top of me and the pressure cooker went bang.

"You can come up here and put everything aside and concentrate on pesky things like pulling out weeds. You kind of forget what is going on around you."

But it has also provided support and friendship.

He had Covid in February and was housebound for seven weeks.

"We are very close-knit community up here and I've got a very good friend who took my plot for me while I was away," he says.

"When I came back it was all sorted for me. And that is how it is with allotments.

"People say allotments are about a lot of old farts doing a bit of growing. Well, it is not - it is very community-spirited."

As well as his own ground, Mr Barbrooke is looking after the plot of another allotment-holder who had a stroke.

Holiday or allotment? 'I'd take the allotment'

Robert Goold has had an allotment for the past 10 years.

"My wife (Ann) likes the digging and I do the rest," says Mr Goold, who is currently growing a variety of produce including beetroot, parsnips, leeks, sweetcorn and flowers.

"The allotment has been weed-free during the pandemic because any spare time was spent there.

"I do enjoy it. There's fresh air, exercise and you can help other people."

Asked whether he would rather have gone on holiday or have his allotment, Mr Goold says: "In the last year and a half, I would take the allotment."

Mr Shariat agrees - he, too, would take the allotment over a holiday.

'You're never too old to learn'

Geoff Fenn is steward at the Blackheath allotments on the other side of Colchester.

He and his wife Heather each have plots side by side. While she grows fruits, he grows vegetables.

"It brings me a bit of longevity," he says. "It keeps me fit and healthy. We have the joy of growing our own and I'm big-headed enough to say our vegetables taste a damn sight better than anything from any supermarket."

He is currently experimenting with growing using only his home-made compost.

"There's a saying that you're never too old to learn," he says. "I agree, and I think the day you don't learn one thing is the day they cart you off in a large box."

'It is an easy thing, and it is so rewarding'

Steve McClure, chairman of the Colchester Allotment Association, is very keen to encourage younger people and families to experience the joys of allotments.

"We're trying to promote the idea of a community plot for primary school children so they know where their food comes from," he says.

"I see more young families here on this site than I ever have done. I think that is a result of the lockdown, I think people have actually said they will do something about getting an allotment.

"They've managed and it has been such a joy seeing young kids running around and planting stuff and being encouraged by their parents.

"As long as you can dig, weed and know how to open a packet of seeds, you'll grow something.

"It is an easy thing, and it is so rewarding."