Striking bin workers in Birmingham have been offered up to £3,000 each to end their dispute, a council report says.

Huge piles of rubbish littered the streets during an initial three-month strike in 2017 as people struggled to dispose of their waste.

Unite members have been working to rule since December over payments made to non-striking bin staff at the GMB union.

It plans to further walkout for two days a week from later this month.

Mark Crook, chairman of the tenants' association at Pritchett Tower in Small Heath, said: "We definitely have concerns.

"We haven't been told the strike could affect us but, if it does, it will become major fire risk.

"Overflow from the bin room would be a fire risk, without a question of a doubt, and the smells would be horrendous."

Unite is scheduled to take the authority to an employment tribunal in February 2020.

If the dispute was to continue until then, the report adds, clearing the backlog of rubbish would cost the council between £13.5m and £28.2m depending on whether there were breaks in the action.

It says waiting for the tribunal would result in rubbish mounting on the streets, while paying off workers could set a precedent for future disputes.

Birmingham City Council cabinet members are to discuss four options at a meeting on Tuesday:

The report said legal advice was that a "reasonable, well-evaluated figure" for Unite members would be in the "region of £2,000 to £3,000".

It claims the authority had "made a reasonable offer which the union has rejected on behalf of its members". 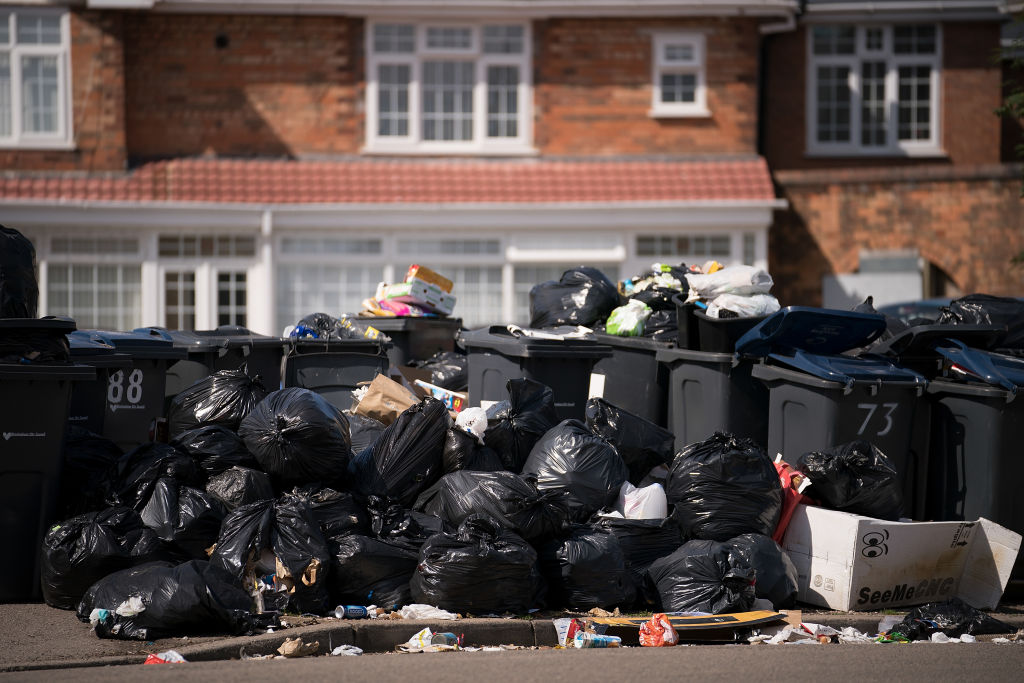 Unite said it would "not be drawn on a figure" but it had set the council a deadline of last Friday afternoon "to make an improved offer to the workforce".

The report warns Birmingham's trade and income could be hit and the "general image of the city compromised".

But it says payments could "lead to an increase in industrial unrest, with union members choosing to strike because they would then be likely to expect to receive a financial settlement and not because of specific issues leading to a trade dispute".

It adds there should be a swift end to a dispute that is causing mounting concern among residents and could cost substantially less to end than to keep fighting on.

It is currently costing the council £350,000 a week to deal with the fallout.

Meanwhile, a bin worker said collectors were getting abuse on social media and "grief" on the streets over collections.

One told the BBC: "Last time it felt like Birmingham was behind us, but the tide is turning."

Howard Beckett, Unite's assistant general secretary, said: "The only acceptable outcome to this dispute is one that ensures those who failed to take strike action do not financially benefit over and above those who took industrial action."

Unite claims its striking members had been "blacklisted" and were denied a payment which was given to GMB members, who did not strike in 2017.

The authority has denied that was the case and the GMB said suggestions its members received extra payments for not taking strike action were "inaccurate and misleading".

Lockdown easing to allow groups of six to meet

The PM says groups of up to six people will be able to meet outside in England from Monday.

Is this the last hurrah for clap for carers?

'It's absurd women over 50 were ever counted out'