More than 320,000 children and teenagers born in England and Wales have had a birthday under lockdown.

Parents have kept their children's days special with video chats, balloons and having relatives watch them unwrap gifts over the garden fence.

The restrictions to tackle the spread of Covid-19 have meant planned parties with friends had to be cancelled.

Analysis of Google data shows there has been a rise in people searching for helium balloons and cakes online.

Since the prime minister told people on 23 March they had to stay at home, about 320,000 one to 18-year-olds have had a birthday.

This is according to BBC analysis of daily births data for England and Wales from the Office for National Statistics.

The lockdown has not stopped their parents trying to make birthdays special by arranging video chats with friends and relatives, baking cakes at home and arranging little surprises.

The 33-year-old from Castle Bromwich in Solihull said the planned birthday party at a leisure centre had had to be cancelled.

"We would have been seeing a lot of family and made a few days out of it," she said.

"We're staying home, safe, and I filled the living room with balloons and decided not to have home-school for the day."

She baked Theo a birthday cake and he got involved in icing it.

They also had video chats with relatives while Theo's grandparents, who live seven doors down, were able to sing him Happy Birthday from a safe distance when his mother took him out for a walk.

"We've tried to explain it as best we can and he's taken it all very well," Ms Cook said. "There are so many people who are struggling at the moment so we are very lucky." 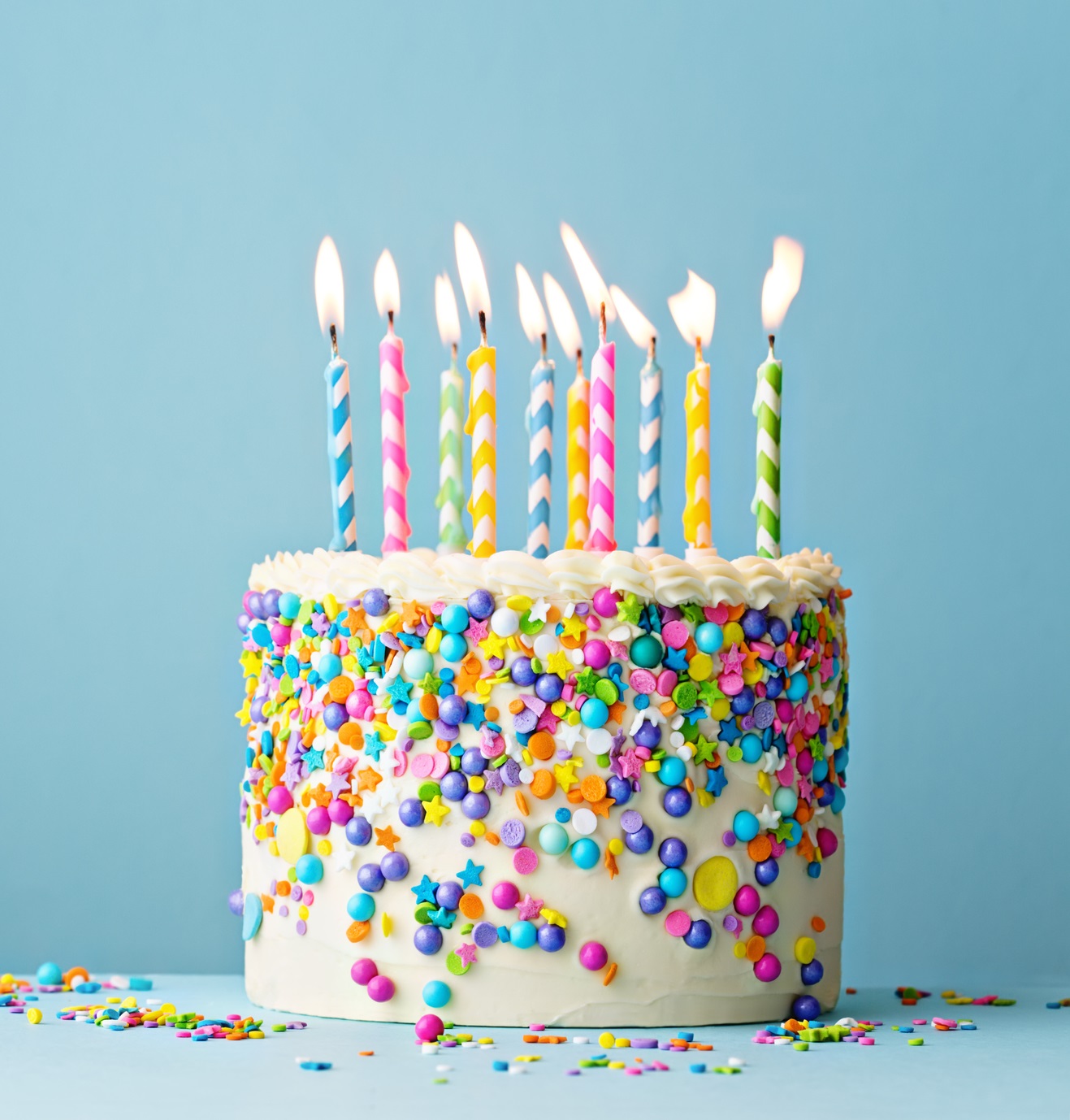 Getty Images
How many children are having lockdown birthdays?

Figures for England and Wales

Source: ONS, figures are for live births of children in England and Wales since 2002 and rounded to the nearest 1,000

Searches related to "birthday delivery" rose to a three-month high in the run-up to and after the UK went into lockdown.

Stephanie Lack had to improvise with the wrapping for her daughter's second birthday - by using Christmas paper.

She and her partner had originally planned to take Abigail to an aquarium before people were told to stay at home.

"Instead we started the day off with a group video call at 8am with her daddy, grandma, granddads, uncle and godmother," said Ms Lack from Rochdale.

"We wrapped Abigail's presents in Christmas wrapping paper as that's all I had left in the house. We all watched her open the birthday presents and Abigail loved it."

Other family members watched Abigail open her gifts in the back garden from over the fence.

Jeffrey Boakye, from Hull, tweeted asking for CBeebies to wish his son a happy fifth birthday.

His plans for a magician to entertain Finlay and his friends had to be cancelled.

"He's quite upset about it and cried a little bit," said Mr Boakye. "It's now he's realised we're not going anywhere for a while.

"He's had a few hospital stays because of a repeated abscess in his neck which kept cropping up. He's had to have several operations and luckily we got out of hospital a few weeks ago.

"If we'd been there still now, he would be marking his birthday with just one parent - so at least we can all be together."

The family will celebrate with a video chat on Zoom.

Emma Kasprzak, from Shropshire, had been planning a trip to CBeebies Land at Alton Towers to celebrate daughter Alexa's second birthday.

She and Alexa's dad Andy made the day special with party decorations in the dining room, party bags from a previous celebration and dancing around the kitchen.

The BBC journalist, aged 36, said: "Alexa loved her Tiger Who Came to Tea party and my son asked if we could have another tiger party some time.

"Although it wasn't the day we had planned, it did remind me that you don't have to spend a lot of money to make a day special for children."

Emma Lofthouse-Burch had been planning a trip to Flamborough, on the Yorkshire coast, for her son Barney's fourth birthday.

Instead she made the day special with pancakes for breakfast, balloons and homemade cake, as well as using FaceTime to contact his grandparents.

"Luckily we were able to get hold of balloons and banners on our online shop last weekend and I have a well-stocked baking cupboard so I was able to make a cake for him," said the mother of three from Dewsbury.

"We weren't able to get a helium number balloon, which we usually do for birthdays, but he doesn't seem to mind."

Protests are held in cities across the country, including New York and Washington, as curfews begin.

'I lost my best friend in a police shooting'

Shielders face dilemma: Should I go outside or not?