The government has pledged £50m to create an entirely electric bus network in an English town. We asked you for your questions on the subject - here are some answers.

How do electric buses work and where does the power come from?

There are two types of fully electric buses - those that run off batteries and those powered by overhead cables like trolley-buses.

A few BBC readers asked whether there could be a return to the trolley-bus system seen in the UK in previous decades and often found abroad today. The government is inviting local authorities to apply for the £50m fund so the detail is up to the applicants.

But trolley-buses would require much more infrastructure work than battery-powered buses, although they too would need some changes to the network such as the installation of charging points.

Another option might be hybrid buses, which use a combination of an electric battery pack and a diesel engine to provide power, and reportedly produce about 40% less CO2 emissions than traditional diesel-powered buses.

Either way, with trolley or battery buses, the electricity comes from the National Grid which has said it will be able to cope with demand from an increase of electric vehicles.

Low-carbon sources of electricity made up 47% of Great Britain's output in January with wind power the second biggest provider after gas power stations. National Grid plans to be zero-carbon by 2025.

What difference will electric buses make to emissions?

The big driver behind electric buses is their environmental friendliness.

A town with 200 electric buses could cut its CO2 emissions by about 7,400 tonnes each year, the equivalent to taking 3,700 diesel cars off the road, according to the Department for Transport.

Buses are currently the fourth biggest emitter of carbon based on emissions per user, behind domestic and long-haul flights and single-person car journeys.

As well as trying to make buses greener, the government also wants more people to use them.

The number of bus passenger journeys is down almost 7% in the past decade. And while bus use in London has also been falling recently, the decline across the rest of England means more journeys are now made in the capital than the rest of the nation combined.

Brighton and Hove has the highest rate of bus use outside of London. In 2018-19 there were 172 journeys per head of population.

The lowest bus use per person in England was recorded in Windsor and Maidenhead, with just nine per head of population.

What else is being done to encourage bus use?

One of the chief complaints about buses is their lack of regularity.

As well as the £50m electric bus scheme, the government has also pledged a further £170m to improve services.

This includes an extra £30m to local authorities in 2020-21 to "restore lost services where they're needed most". 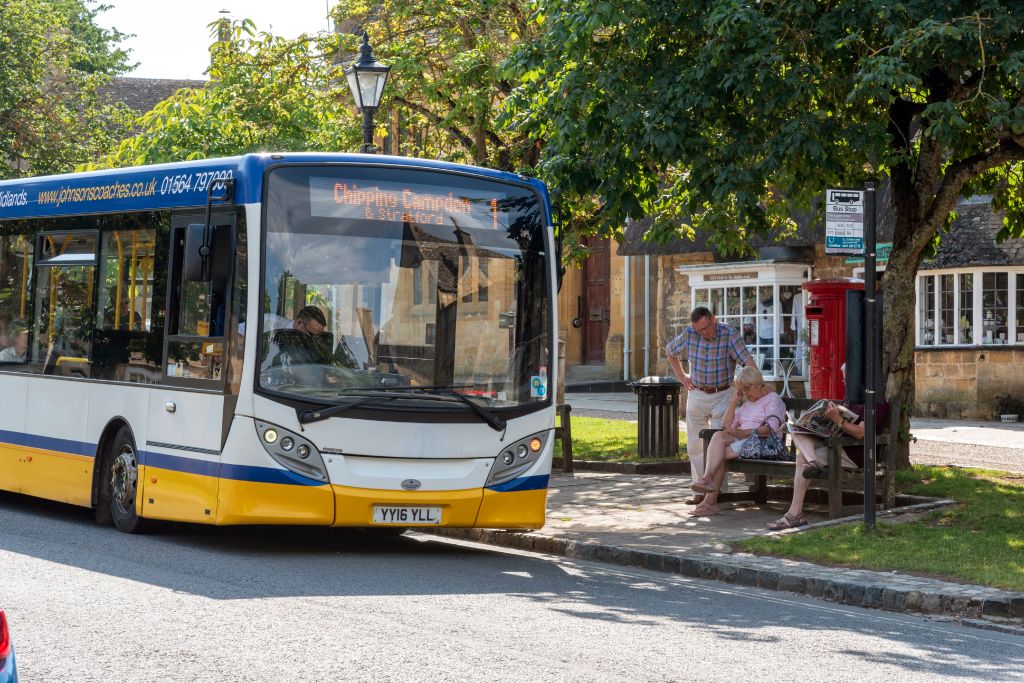 There is also £20m being spent on an Uber-style on demand service where passengers use a mobile phone app to order a bus.

Oxford Bus Company runs a PickMeUp service which has 30,000 registered users and completed its 250,000th journey in January.

But the firm said it was "challenging to operate on a fully commercial basis" and it may have to end the 18-month long project unless it gets extra public funding.

Arriva has been running its ArrivaClick service in Liverpool since 2018, with more than 40,000 customers having used it.

"We have learned a great deal and are continually reviewing our operations based on customer and stakeholder feedback in order to find the right model," an Arriva spokeswoman said.

ArrivaClick recently launched in Leicester and will soon arrive in Watford, the spokeswoman added.

The government has also launched a four-year pilot of a Superbus network in Cornwall to "deliver low-fare, high-frequency services".

The trial will start in May, with Cornwall Council reducing fares to encourage more people to use buses.