A mass vaccination programme against Covid-19 is set to begin in the UK on Tuesday. While the government is working to ease the fears of those who are worried about safety, some people have a more primal fear - needles.

"My heart would be racing. My mind saying, 'calm down, it's going to be fine' but also, 'it's terrifying, it's going to really hurt you'. Then 'you don't know this person, so you can't trust them'. I would be thinking of ways to get away from it."

But from the age of four to her late teens, she suffered from severe needle phobia that would leave her "shaking" and often meant she had to be sedated.

"It's like when you are really scared of something like spiders and snakes and you want to run away. It's a similar feeling, except it is a needle," she says. "Apparently I punched my dad in the face once, but I was so petrified I can't remember it."

Raelene's severe phobia of injections, known as trypanophobia, in her younger years is not uncommon. Some others have a more general fear of needles, known as belonephobia. Studies show such a fear is highest in children and decreases with age. Nevertheless, it affects up to 10% of the overall population, according to charity Anxiety UK.

Despite her phobia, Raelene, from West Sussex, was still able to go through with her flu vaccination each year, although it could sometimes take hours to administer the jab. 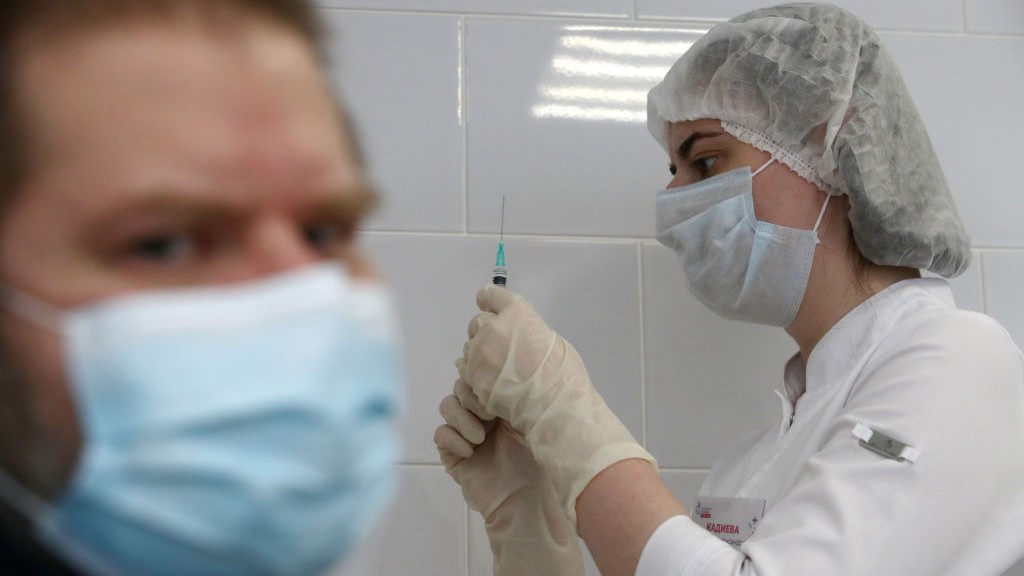 "I had to have it. If you don't have the flu jab and you get the flu it would be worse than getting a chest infection [which reduces lung function in people with cystic fibrosis]," she says. "You could actually die."

She has been prioritised for the Covid-19 vaccination, as a clinically extremely vulnerable person, for similar reasons.

And she says there were ways she was able to get through her flu jabs at the height of her phobia. A friendly nurse would visit her at home and her parents would be present for reassurance.

Immunisations with the Pfizer-BioNTech vaccine, approved by the British medicines regulator, the MHRA, are due to start this week in the UK for people in some high-priority groups. People will be vaccinated via injection twice - 21 days apart - and full immunity starts seven days after the second dose.

As it stands, there is no alternative to the needle. All Covid-19 vaccines have to be given via injection. Could it mean some people might choose to opt out of the vaccine because of their fear of needles?

The Department of Health has not released any specific guidance around needle phobia and the coronavirus vaccine.

People with concerns around vaccinations should contact their local healthcare provider, according to NHS England, which is expected to release vaccine guidance in the coming days.

Prof Heidi Larson, who runs the Vaccine Confidence Project at the London School of Hygiene and Tropical Medicine, says needle anxiety and phobia are an issue for some people around vaccination "in general", and "may be the case for the Covid-19" vaccine as well.

But it's not expected to be "the dominant cause of hesitancy". Surveys and social media monitoring suggest there are a mix of reasons for people's concern, she adds, such as worries about the speed it was developed.

So what can you do if you have a needle phobia?

Methods of coping with needle phobia can vary from person to person, with treatments including cognitive behavioural therapy, and clinical hypnotherapy.

There are also self-help methods. Anxiety UK advises self-administered behavioural exposure - a technique where individuals expose themselves to the situation they are phobic about in a gradual manner.

There are three steps in the process:

Raelene has overcome her needle phobia, although she still has some lingering anxiety about having IV lines after a traumatic experience having one inserted. It's problematic, she says, because people with cystic fibrosis "deal with having needles all the time for blood tests, IVs, CT scans".

"It's something that happens to you a lot, so people will think you just deal with it but it's not as simple as that," she says. "People have had traumatic experiences, and there's trauma there that will freak them out."

Reflecting on her fears, she says there will likely be people with needle phobia who are too scared to get the coronavirus vaccine.

But she says "there will also be some that will feel the same way, but are also terrified of getting coronavirus. "Knowing that can kill you, people will be terrified - but able to fight through it."

Information and advice: You can find more information on how to get help for phobias here.