Rabbits have been hopping around the UK since Roman times, experts have been able to prove for the first time.

Scientific tests on a rabbit bone, found at Fishbourne Roman Palace in West Sussex, have shown the animal was alive in the first century AD.

The 1.6in (4cm) piece of a tibia bone was found in 1964 but it remained in a box until 2017, when a zooarchaeologist realised that it came from a rabbit.

Academics believe the animal could have been kept as an exotic pet.

Analysis, including radiocarbon dating, was carried out by researchers at the universities of Exeter, Oxford and Leicester.

Rabbits are native to Spain and France and it had been thought they were introduced to Britain during the medieval period.

Prof Naomi Sykes, from the University of Exeter, said there have been many previous claims of discoveries of Roman rabbits, and even some from the Bronze Age, but they had not been backed up by evidence.

"The bone fragment was very small, meaning it was overlooked for decades, and modern research techniques mean we can learn about its date and genetic background as well," she said.

Researchers say they believe the rabbit was kept as a pet, as the signature in its bones suggests it ate its own faecal pellets.

"When they are in a hutch they tend to eat their own poo, and that gives them a really interesting signature in their bones, wild rabbits don't do that to the same extent," said Prof Sykes.

She added: "This is a tremendously exciting discovery and this very early rabbit is already revealing new insights into the history of the Easter traditions."

Why do we associate bunnies with Easter?

It is not clear when, why or how the rabbit became linked to Easter.

Rabbits usually give birth to a big litter of babies (called kittens), and so they became a symbol of new life.

The first historical mention of an "Easter Bunny" is actually an Easter hare, and was found in a German text from 1682.

Some believe the association is due to the spread of Christian religious beliefs and Paganism, when Emperor Constantine merged Pagan rituals with Christian festivals.

The story of the Easter Bunny is thought to have become common in the 19th Century.

Prof Sykes says that during the Victorian period hare proportions were really low, whereas the rabbit proportions were "really really high", which could explain how the hare was ditched for rabbits.

How popular are pet rabbits?

Rabbits are the third most popular pet choice, behind cats and dogs, according to PDSA Animal Wellbeing Report 2018.

It estimates one million are kept as pets in the country. They typically live for eight to 12 years, the RSPCA says.

However, the Rabbit Welfare Association and Fund says rabbits are among the most abused and neglected pets in the country because some owners don't realise what's involved before taking them on.

'Rabbits gave me a reason to live'

Jane Bramley, 64, from Pontefract, west Yorkshire, has been breeding rabbits for more than 30 years and says the animals played a big part in helping her overcome two serious illnesses.

She was diagnosed with cancer aged 30, shortly after the birth of her son, and it was during her recovery from life-saving surgery that her interest in rabbits started.

After taking over a pet shop, she thought she could make some extra money by breeding and selling rabbits.

"Having such a positive hobby to focus my energy on really boosted my recovery," she said.

Ten years later when she was diagnosed with chronic fatigue syndrome, she says her rabbits once again aided her recovery. 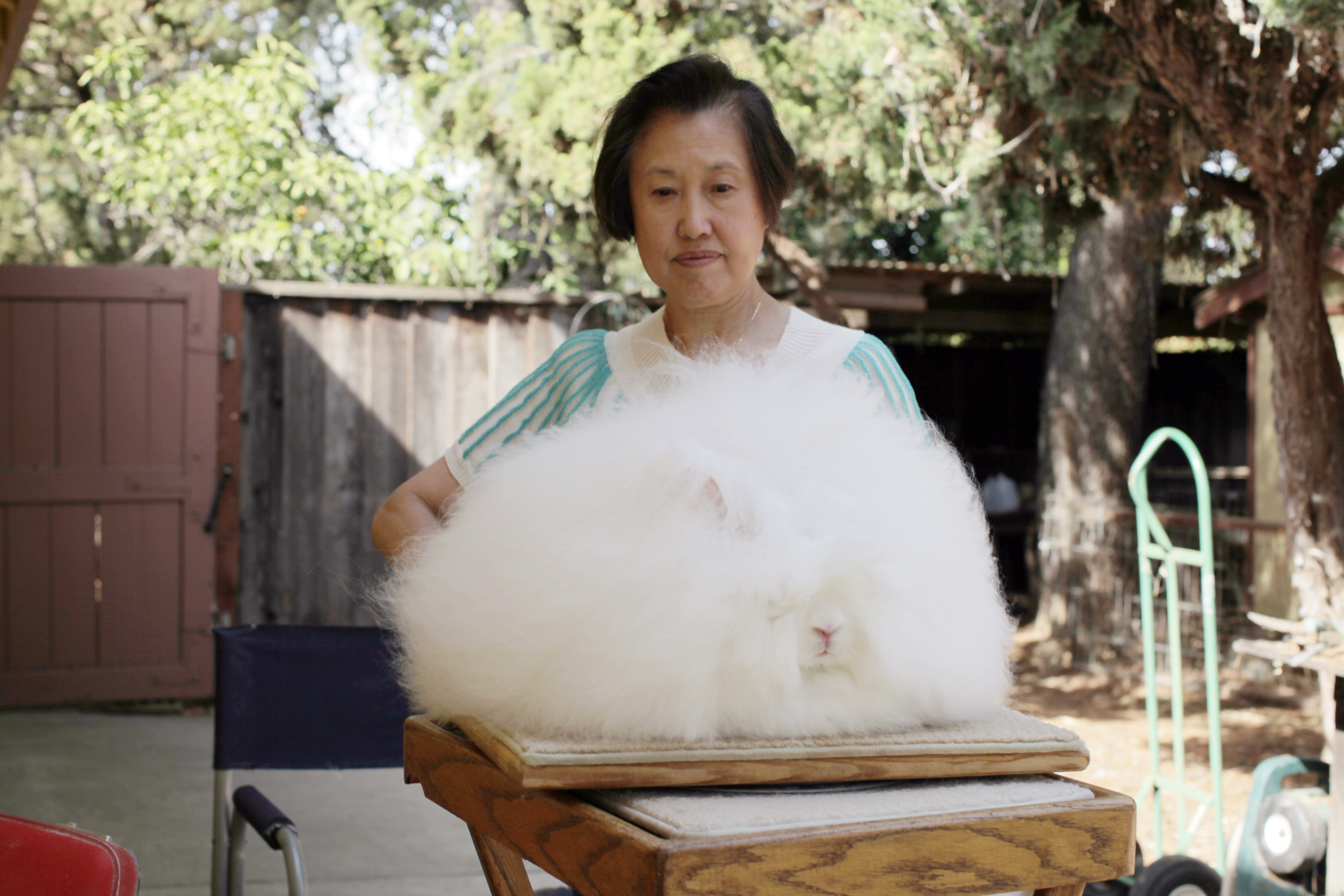 "Rabbits gave me a reason to live," she said. "I had to get out of bed every day to go and see them.

"I feel very strongly that my rabbits are therapy and I have devoted my life to them."

Jane currently owns 72 rabbits with her husband Douglas - she has had over 240 in the past - and it takes them two hours a day to feed and water them.