Prime Minister David Cameron has said the HS2 rail project is an "absolutely vital programme" as MPs approved funding to prepare for the project.

Some Conservative MPs voted against the the High Speed Rail (Preparation) Bill, but it easily cleared the Commons, moving the controversial rail line a step closer to becoming a reality.

Among those voting against the bill at its third reading stage were 17 Conservatives and 11 Labour MPs.

The legislation will now undergo further scrutiny in the House of Lords.

There has been speculation in recent weeks about whether Labour would withdraw its support for the project.

In June the government revised the estimated cost of building the high-speed link between London and the North of England from £32.7bn to £42.6bn.

Labour's shadow chancellor Ed Balls said last month that the coalition had "mismanaged" the scheme and warned there would be "no blank cheque" for HS2 if he became chancellor.

But Mr Cameron said he hoped Labour would "see sense, stop talking about pulling the plug on [the project] and get behind it". 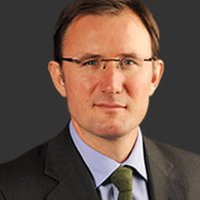 "We do need some national consensus over this," he added, at a question session with members of the public in Wolverhampton. "We need everyone to get behind it.

"I'm absolutely sure it's an essential piece of work for the country. It's not just about journey times... it's about capacity.

"The fact is, the West Coast Main Line is full. Every day there are thousands of people standing on trains who need to be able to sit down and work on trains."

Shadow transport secretary Mary Creagh indicated that her party would offer the bill its qualified support.

"Labour supports HS2 because we must address the capacity problems that mean thousands of commuters face cramped, miserable journeys into Birmingham, Manchester, Leeds and London," she said, outside the Commons.

"However, government mismanagement has pushed up costs. Our message to David Cameron is clear. Get a grip on this project, get control of the budget and get it back on track."

The HS2 project would see lines built between Birmingham and London, followed by a V-shaped second phase building separate tracks from Birmingham to Manchester and Leeds.

"But one thing is certain - the process of getting plans for a new high speed rail line through Parliament is going to take a very long time."

He said "crunch time" would come next spring when a second bill comes before Parliament, asking MPs to grant the government power to seize land to build the line.

In the Commons, Conservative MP for Mid Bedfordshire Nadine Dorries questioned whether the money could be better spent on other projects.

"There are other infrastructural priorities such as housing in our constituencies which are in desperate need and in areas of regeneration," she said.

But fellow Conservative and former transport minister Simon Burns told MPs that critics of HS1, the high speed rail line linking London to the channel tunnel, had been proven wrong.

The MP for Chelmsford said: "There was one town in Kent that successfully lobbied not to have a station in its place and that was Maidstone and they stopped it.

"It was put at Ebbsfleet and now they are begging for a station at Maidstone because they are missing out on the regeneration and improvements to the economy that Ashford and Ebbsfleet are having."

Lib Dem MP for Eastleigh, Mike Thornton, argued that HS2 would benefit the country as a whole, not just the cities directly served by it.

"Surely it's clear that a line that improves north-south links, and I would include Scotland in that, would at the same time improve and grow the economy of the whole United Kingdom," he said.

A government report published on Tuesday slightly lowered the predicted benefits of HS2 compared with the costs.

The expected "benefit-cost ratio" was reduced from £2.50 to £2.30 in benefits for every pound spent.

This was mostly due to the increase in the total expected cost earlier this year.

At present the government hopes to begin construction on the first phase of HS2 in 2017 and open that part of the line in 2026.

The additional lines to Leeds and Manchester could then be completed by 2032-33.

The California senator is the first black woman to be chosen as a running mate.