Several former police officers have beaten party candidates in the first-ever elections for crime commissioners in England and Wales.

So far, Labour and the Conservatives have roughly split most contests, but independents won 11 of the 41 posts.

Voter turnout was historically low, leading the Electoral Commission to describe it as "a concern for everyone who cares about democracy".

With all ballots counted, turnout was about 14.9%, BBC research showed.

"It takes time to explain a new post," the prime minister said, and he predicted voting numbers would be "much higher next time round".

The Conservatives have won 16, Labour 13 and independents 11, with one other successful candidate.

One of the most high-profile defeats was in Humberside where Labour former deputy prime minister Lord Prescott lost to Tory rival Matthew Grove.

Police and crime commissioners will have powers to hire and fire chief constables and set police strategy and budgets.

The government says PCCs will give local people more control over policing, but opponents have warned the changes will politicise the police - and low turnout shows people don't want them.

In other election developments on Friday:

The record low for a national poll in peacetime is the 23% turnout for the 1999 European elections.

Turnout in the PCC election was 12.9% in Merseyside, 13.3% in Thames Valley, and 13.5% in Greater Manchester. These figures include spoilt ballot papers.

Electoral Commission chairwoman Jenny Watson said: "These were new elections taking place at an unfamiliar time of year, which is why we have made clear at every stage that it would be important to engage effectively with voters.

"The government took a number of decisions about how to run these elections that we did not agree with. But what is important now is that the right lessons are learnt: we will talk to voters, candidates and returning officers to understand what worked and what didn't.

"The commission is going to undertake a thorough review, and we will present our findings to Parliament in early 2013."

Elections expert Professor John Curtice, of Strathclyde University, said it could be the worst turnout ever.

He added the elections "raised questions" about whether the whole exercise was worth it.

Deputy Prime Minister Nick Clegg said a general apathy towards politics was to blame for the low turnout.

He said: "We are at a mid-term point in this government, there's a lot of difficult news around at the moment."

But Downing Street sources partly blamed the media, saying because the elections had not been held in London they had generated insufficient national news coverage.

"The national media have not covered themselves in glory," a No 10 source said. 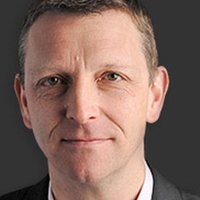 Home Secretary Theresa May said first elections were always difficult. "The police and crime commissioners are visible, they'll be accessible, they've been elected and crucially they will be accountable to people through the ballot box."

Shadow home secretary Yvette Cooper said many people had been cross about a lack of information, including what the job entailed and who the candidates were.

Labour's Chuka Umunna called the elections "a total shambles", suggesting the £100m cost would have paid for 3,000 police officers.

Turnout reached 27.48% in the PCC election in Bristol, where voters were also going to the polls to choose the city's first directly-elected mayor, but across the Avon and Somerset police area as a whole it dropped to 19.58%.

Darren Hughes of the Electoral Reform Society said the PCC elections had started as a flagship government policy, but had descended into a "farce".

He said having an election in November was "crazy", but resourcing of the election needed to be addressed as well, so that candidates are able to cover areas larger than a usual constituency.

One of successful independents in England, Ann Barnes, a former Kent Police Authority chairwoman, said the "real winners are the people of Kent who did not want their police force to be politicised".

In Dorset, successful candidate Mr Underhill said his "number one" priority was to hire a chief constable "with my vision".

The first PCC for Lancashire, Labour's Clive Grunshaw, said it was a "new era for policing", while the North Yorkshire PCC, Conservative Julia Mulligan, said she intended to work hard "without political prejudice."

In Thames Valley, Anthony Stansfeld said after his election success: "I am a Conservative but I haven't had a gilded life. You grow up quickly commanding a platoon in the jungles of Borneo."

People in Lebanon call for justice after a blast that left at least 137 dead and about 5,000 injured.