Flood is subsiding across much of the UK but but floodwater is continuing to cause problems. Use this map to see images, and video reports from BBC correspondents across the country. 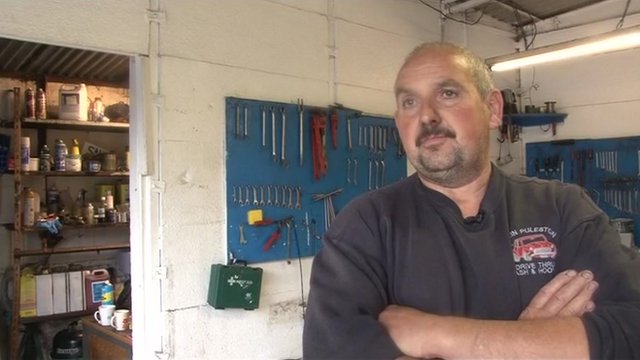 A young couple whose bodies were found in the River Clywedog near Felin Puleston, Wrexham had earlier been seen walking their dogs. Michael Morgan works in a nearby car washing centre and was at the scene shortly after the woman's body had been found. 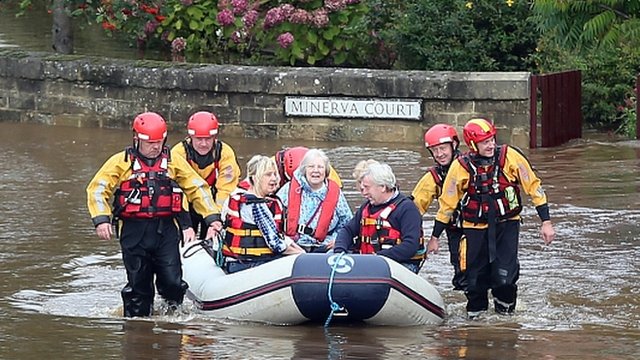 Towns and villages along the River Ouse in North Yorkshire are particularly at risk and emergency teams are assessing whether or not to evacuate an elderly residents' home.

The River Wharfe yesterday split the North Yorkshire town of Tadcaster in two, forcing firefighters to close the bridge carrying the A659 over the river after they noticed water seeping through the structure.

Robin Davis took this photo this morning as he travelled on the Newcastle-London east coast train. It was taken close to Drax power station near Selby in Yorkshire, at the point where the railway crosses a river. 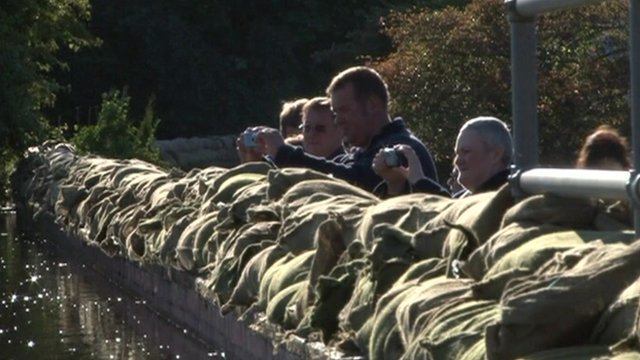 Eight metre-high flood defences just managed to protect a North Yorkshire village from the swollen River Ouse.The Army brought in 4,000 sandbags to bolster defences in Cawood, between York and Selby, on Wednesday night.The river peaked at 7.8 metres on Thursday morning. BBC Look North spoke to residents whose homes have been affected by flooding.