Tens of thousands of people joined rallies around the UK as a public sector strike over pensions disrupted schools, hospitals and other services.

About two-thirds of state schools shut, and thousands of hospital operations were postponed, as unions estimated up to two million people went on strike.

The TUC called it "the biggest strike in a generation". The prime minister described it as "a damp squib".

The strike had the following effects:

Why have strikes been called?

The government wants most public sector workers to:

Video from around the UK

As hundreds of rallies were held in cities and towns across the UK, the TUC estimated that 30,000 protesters had turned out in Birmingham and some 25,000 in London.

The government disputed that two million people had joined the action, with David Cameron saying "it looks like something of a damp squib" at Prime Minister's Questions. 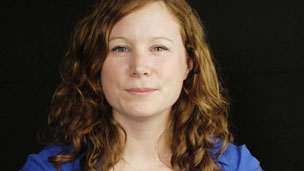 Standing out in their suits, ties and smart overcoats, the head teachers took their place at the front of the march. It's the first time their union, the NAHT, has been on strike for 114 years.

Chris Hill, head of Hounslow Town primary school, said all of the school's staff were striking for the first time.

"It's not a decision we take lightly but we have to take a stand," he said.

Also among the thousands gathering in central London are paramedic staff, out for the first time since the 1970s.

Among the placards and balloons is a common message to the government: "Don't work longer, and pay more to get less."

The number of protesters joining the march delayed its start for almost an hour, and progress was slow.

They were watched by a huge number of police - with roads to the City blocked by barricades and Trafalgar Square ringed with a wall of steel.

The protest ended with a rally at Victoria Embankment - perhaps the cheers were heard a few hundred metres away in Downing Street.

In pictures: Strikes across UK

"Throughout the day it has limited the impact of the strikes significantly and as a result the majority of key public services have remained open."

TUC general secretary Brendan Barber accused the government of "rhetoric today ... as predictable as it has been shallow".

"The biggest strike in a generation cannot be dismissed as a damp squib," he said.

"Uniting so many people in such strong opposition to their pension plans should give the government pause for thought.

"They now need to give the negotiations real content. Unions wants to achieve a fair settlement, but it takes two to reach a deal."

In the Commons, Mr Cameron said he thought the government had made a "very reasonable, very fair offer to public sector workers".

But union leaders accused the government of failing to engage in proper negotiations in recent weeks.

Unison general secretary Dave Prentis said that the last time unions met Treasury ministers was 2 November, adding that "this idea that negotiations are continuing is just not true".

Mr Maude disputed that, saying formal discussions with the civil service unions took place on Tuesday and that talks would take place with teaching unions on Thursday and with health unions on Friday.

A TUC spokesperson responded: "There have been informal exchanges but nothing that could be described as negotiations at the national level."

Chris Keates, head of the teachers' union NASUWT, said: "We're in this position today simply because the government had not entered into genuine negotiations at an earlier stage."

Labour leader Ed Miliband said he had "huge sympathy" for people whose lives were disrupted by the strike.

But he said he was "not going to condemn the dinner ladies, nurses, teachers who have made the decision to go on strike because they feel they have been put in an impossible position by a government that has refused to negotiate properly".

Liberal Democrat Party president Tim Farron told the BBC News Channel the unions were wrong to strike because workers on low to middle incomes would get a "better, or certainly no worse" pension when they retire than is currently the case.

The prime minister's spokesman said a small number of Downing Street staff had gone on strike, while others had been affected by school closures and some staff from the Downing Street policy unit were helping out at the borders.

Mr Cameron's press secretary Gabby Bertin worked on passport control at Heathrow airport, along with a number of No 10 staff, Downing Street confirmed.

Public and Commercial Services (PCS) union members who work for the UK Border Agency went on strike but airport sources suggested to the BBC that immigration controls were at two thirds of normal staffing levels - more than the 30-50% predicted previously.

The Immigration Services Union said 80% to 90% of staff went on strike, with 22 out of 23 workers at Calais port not showing up for work and, as far as they are aware, none of their members working at Heathrow.

Simon Walker, of the Institute of Directors, told the BBC News Channel the strike had done "significant damage" to the economy.

"If you're damaging the productive capacity of this country you're really doing huge damage to the fabric of the economy and that will last a long time and impact on all of us," he said.

Moral duty to get all children back in school - PM

Boris Johnson wants schools in England to be the last sector to close in any future local lockdowns.