Analysis: Could MI5 have stopped 7/7 bombers?

One of the abiding memories of "G", MI5's witness at the 7 July inquests, will be of him facing an awkward question as to why officers had "obliterated" a surveillance photograph of two of the bombers a year before the attacks.

The photo clearly shows both men but officers decided to cut it up and remove background information. (You can see what happened to the image at the bottom of this page).

The remains of the photo were shown to a vital informant who it later transpired had met Mohammad Sidique Khan. But in 2004 he was not shown the original, recognisable image. And so, in 2004, Unidentified Man E, as Khan was then known, was not a priority target.

Lady Justice Hallett's report into the deaths includes two recommendations for MI5 itself.

The first concerns that photo: she suggests that in future informants should see the best quality photo possible. The second effectively demands that the service's director general proves to her what was said in the public witness box: that it has improved its record-keeping.

The detail of the evidence shows how close MI5 might have come to establishing the threat posed by Khan.

His appearances on the authorities' radar began in 2001 at an extremists' camp in the Lake District. West Yorkshire Police filmed the camp for MI5, but Khan was among those who went unidentified.

Two years later, one of the camp's organisers, Martin McDaid, got a lift in a car registered to a Sidique Khan.

Detectives thought McDaid was using a mosque linked to recruitments for jihad overseas - and they later discovered he was part of a group running a bookshop in the Beeston area of Leeds, called Iqra.

After the bombings, it emerged that Khan had also been a trustee of the bookshop.

During this period, the Security Service was separately interested in a Luton man, Mohammed Qayum Khan, since named in court as an al-Qaeda facilitator. It was monitoring his phone records - and one call was with a mobile registered to a "Siddique Khan". That phone was registered at the Iqra book bookshop.

So, by the end of 2003, there was information linking a car and a phone belonging to a man called Khan with:

Since 7/7, we have learned that Qayum sent Khan to Pakistan in the summer of 2003. He arrived using the false name Ibrahim, something we will come back to.

Khan/Ibrahim then met Omar Khyam from Crawley - the Luton man being their mutual contact. The pair and other British men joined a weapons training camp high in the mountains.

When he returned to the UK, Khyam began developing a massive bomb plot that the police and MI5 smashed in April 2004.

Khan's bombing accomplice, Shehzad Tanweer, joined him for these meetings which required a 500-mile round trip from Leeds to Crawley.

Following their first meeting, MI5 followed the Leeds men and took the photograph that was later so badly cropped.

According to the Commons Intelligence and Security Committee, Khan and Tanweer, then unidentified, were classed as "desirable" rather than "essential" targets.

Lady Justice Hallett's report says: "[The men] were plainly more than minor criminals, They had a number of highly suspicious meetings with a known attack planner, at a time when his plans were coming to fruition."

But she goes on to question why the ISC had used the terms desirable and essential when it emerged at the inquests that MI5 did not use that categorisation system at all.

"It is unfortunate to say the least that a body established by Parliament to review the work of the Security Service, in closed hearings, reported inaccurately in these regards and that these points were not corrected," she said. "Witness G seemed to accept that proposition."

I am bound to observe, if you will forgive me, I think one of my children could have done a better job of cropping out that photograph

Months before the bombings, two more strands emerged. MI5 received information that there was a man from West Yorkshire called Saddique, a committed anti-Western extremist.

He and another man called "Imran" had trained in Afghanistan and Pakistan in the late 1990s and 2001.

The Intelligence and Security Committee reported that was "the total of the relevant information received."

But the inquests heard that the Security Service knew more. One document shows West Yorkshire Police linked the pair to the organisers of the 2001 Lake District camp.

Witness G was asked why this intelligence was not followed up. He said that there was a good operational reason not to investigate further - but it could not be disclosed on national security grounds.

Then in March 2005, Junaid Babar, the al-Qaeda informant, said that two of the men who had been on the 2003 Pakistan weapons camp were from Bradford - Ibrahim and Zubair. Ibrahim was Khan's false name.

Another unnamed detainee provided similar information, supporting the assessment that these were potentially dangerous men.

And by 21 June, the Security Service had became optimistic that it would make progress in identifying the men.

Some of the optimism was based on the arrest in Pakistan of "Imran", later named as Zeeshan Siddiqui, a British man eventually placed on a control order.

So just two weeks before the London bombings, the Security Service thought it was getting close to Ibrahim and Zubair.

So what has now become clear is that in the six months before the bombings, the UK Security Service had run two consecutive investigations to try to establish the identity of two extremists. Both were considered possible threats - and both turned out, with hindsight, to be Khan.

But Witness G also conceded that one of his own officers made an intuitive leap in 2005. He suggested that the Leeds men who had been seen in Crawley with Omar Khyam were perhaps the ones they were looking for.

There was simply not enough evidence to support the hunch and it was not followed up.

At the same time, Mohammad Sidique Khan was stockpiling the chemicals he needed for the bombs.

Compare the original MI5 picture with the crops that were produced from it. Use the slider to switch from the original to the crops.

The enhanced functionality requires Javascript to be enable on your browser 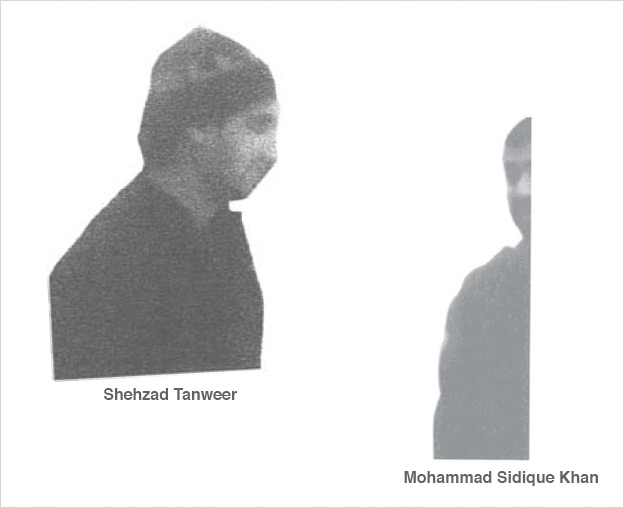 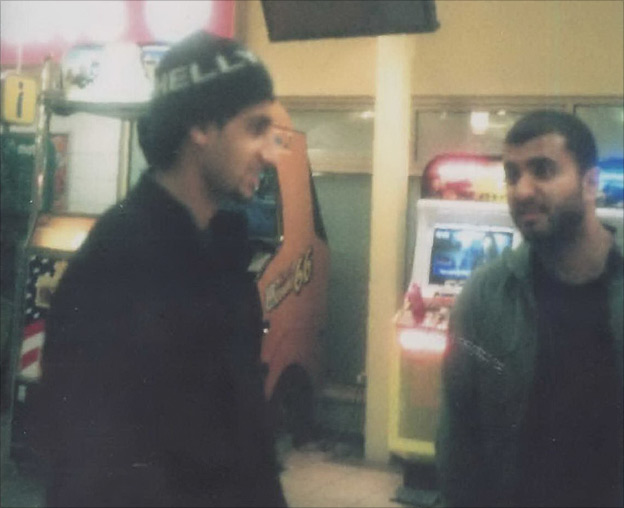 The focus will be on flights to Heathrow from Wuhan, the health secretary is to say.

Is Veganuary a smart way to lose weight?

The four classic signs of 'burnout'

Can cooling patients help after a cardiac arrest?

Young people 'most vulnerable' at work

What happens when we're too old to be 'useful'?

An exclusive first look at the much-anticipated adaption