Mayor of the West Midlands 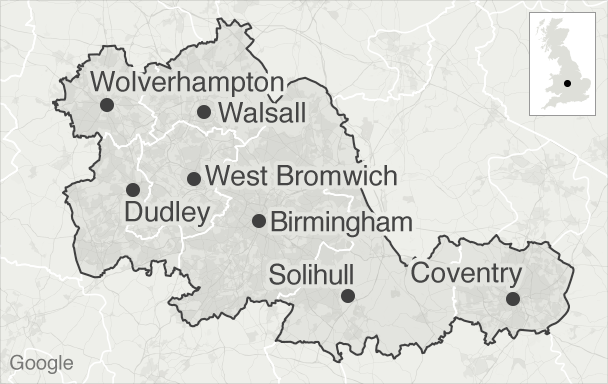 People living and working in the West Midlands are to be asked how they would tackle climate change.

The West Midlands Combined Authority published its own strategy earlier this month, suggesting a range of measures, including banning every petrol and diesel car from the region's roads by 2041.

The consultation will last for seven weeks.

The difference between the theory and the stark reality of the Queen's Speech 2019.

West Midlands mayor Andy Street says he is in "disbelief" at material distributed by protesters.

Grand Prix-style road racing will not be returning to Birmingham's streets in the near future.

It had been hoped that racing would return to the city's streets after a 30 year wait but funding could not be raised.

Meanwhile, it has been announced that a Formula E race will be held around the streets of London in 2020.

West Midlands Mayor Andy Street had hoped Birmingham would be staging a 2019 leg of the all-electric series.

He said it was great to see Formula E coming back to the UK but disappointing the race would not be in Birmingham.

"Nevertheless, Formula E continues to grow in popularity and while we couldn't raise the funding and make it work this time round, we will look at this again to see if there is a further opportunity to bring this exciting sport to the streets of the West Midlands," he said.

West Midlands mayor Andy Street has been cleared of any wrongdoing in relation to tweets sent from his personal account encouraging local members of the Conservative party to take part in a consultation.

The investigation was around a tweet regarding the merger of the mayor and police and crime commissioner posts.

The original message, sent from his personal account, called for "three, four, five or more responses" to the consultation in a bid to "demonstrate that the roles of Mayor and PCC should be combined".

Mr Street has always denied any knowledge of the tweet, saying it was sent by a member of his team who had access to his social media account.

Today, the independent investigation's report was published saying it found there was "no case" in relation to breaking the authority’s code of conduct.

West Midlands mayor Andy Street has denied sending messages on Twitter encouraging local members of the Conservative party to take part in a consultation regarding the merger of the mayor and police and crime commissioner posts.

The original message, sent from his personal account, called for "three, four, five or more responses" to the consultation in a bid to "demonstrate that the roles of Mayor and PCC should be combined".

But it prompted Solihull Councillor Bob Grinsell to respond that he had already done so "3 times under 3 different names and email addresses".

Speaking at the start of the West Midlands Combined Authority’s (WMCA) board meeting on Friday, the mayor said he was unaware of messages sent from his own personal account regarding the PCC consultation.

Afterwards, he said they were not sent out as the result of a hack, but rather by a member of his team without his knowledge, and added that he stood by all other tweets on his account.

He said the matter had been referred to the WMCA Monitoring Officer, the leader of Solihull Borough Council, and the Conservative Party, and as it was going through "a formal investigation procedure" it would be inappropriate to comment further.

The party, Mr Grinsell and Solihull Borough Council have all been approached for a response.

Today is the last chance for people to have a say on plans that could see a major shake-up of policing in the West Midlands.

Under proposals, the west midlands mayor would take responsibility for setting the force's priorities and overseeing where it spends money.

If backed, the role of West Midlands Police and Crime Commissioner (PCC) would be scrapped.

Details of the consultation are here.

Thousands of people passing through Birmingham New Street station will have the opportunity to air their views on the proposed merger of the Police and Crime Commissioner’s (PCC) office with that of the West Midlands mayor.

The board of the West Midlands Combined Authority (WMCA) agreed to put the plans to the public in two separate consultation exercises.

An exhibition bus will be at New Street tomorrow between 12:00 and 18:00 with staff available to answer questions.

Proposals to combine the office of the Police and Crime Commissioner (PCC) with the mayor’s office have been put to the public as part of an eight-week consultation.

The consultation asks members of the public about the principle of combining the two positions in time for the 2020 mayoral elections.

Plans to transfer the powers of the PCC to the mayor’s office were part of the West Midlands Combined Authority’s (WMCA) second devolution deal.

The consultation is the first of two regarding the transfer of powers, with a second on the principles of government due to begin in January 2019.

The West Midlands Combined Authority board will meet later to decide whether to merge the role of the Police and Crime Commissioner (PCC) with the metro mayor.

The authority is hoping to combine the two positions in time for the 2020 mayoral elections, meaning proposals must be put to the Home Office by March at the latest.

The current PCC, Labour's David Jamieson, has objected to the plan, claiming it wouldn't benefit the region.