Mayor of the Tees Valley 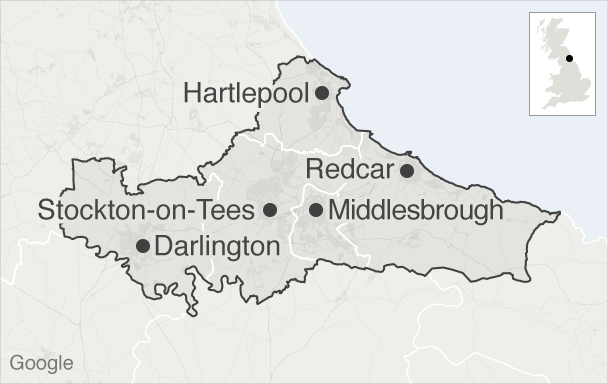 Labour's Jessie Jo Jacobs has said if she is elected to be the next Tees Valley Mayor she will secure new health and social care policies from central government so that "we can take on the mental health crisis".

While launching her manifesto at Hartlepool College this morning, Ms Jacobs spoke of bringing a “unifying vision” to Teesside and starting a process of “regeneration and renewal”.

Ms Jacobs also said in an attempt to help people find a job they love she will create a new vocation centre for every part of Teesside.

The Tees Valley mayor has said that if re-elected in May, he will make parking free in the area's five town centres.

Ben Houchen said it is an attempt to boost local high streets like Middlesbrough, Darlington, Stockton, Hartlepool and Redcar and improve job prospects.

“Our high streets need all the support they can get.", he said.

It is a depressing sight for people to see empty shops on the high street.

By introducing free parking, we can drive up the number of people visiting our town centres, increase spending, boost our economy and create jobs while making Tees Valley an even more dynamic and vibrant place to live and do business".

Ben Houchen has announced he will be standing for re-election in the upcoming Tees Valley mayoral elections in May.

The Conservative won his seat as the area's first mayor in 2017.

He says he will bring back steelmaking to Teesside if he is re-elected.

Jessie Jo Jacobs will be standing for the Labour party.

Councillor's criticisms are answered with accusations she has "no positive vision for the area".

Half the new site's funding comes from the European Union regional development fund.

Labour has announced its candidate to take on the Tory incumbent Ben Houchen for Tees Valley Mayor.

Jessie Joe Jacobs has been selected from a shortlist of three to be the party’s candidate in next May’s election.

Ms Jacobs, who was born in Stockton, founded a local charity A Way Out, which helps women suffering from abuse.

In April 2014 she stepped down as CEO of the charity when she went to be a researcher for Sedgefield MP, Phil Wilson.

During the 2016 referendum on the UK’s membership of the EU she campaigned for Remain.

Ms Jacobs, said: “It is a real honour and I’m genuinely humbled to be able to run for a role that I know will bring about transformative change for the area I love.

"Tees Valley stands at a precipice, we are brimming with potential, with so many opportunities to be exploited but we need change."

Tees Valley Mayor Ben Houchen told BBC Tees he didn't think current PCC Barry Coppinger should run for re-election next year and called for him to step down immediately.

He said: "We need to dispel this myth (about funding), we've had the independent inspector say that actually resourcing isn't the issue. There's an issue around where the resources are spent, but actually when you look, the Cleveland Police area has £222 spent per head of population, and we have more police officers per head of population than anywhere else in the country outside of London.

"So this idea that people like Barry can hide behind resources and blame other people is just his modus operandi, and the one thing I was fully expecting, and he hasn't disappointed, is that Barry has come out today and said this isn't his responsibility, and I've started saying this morning, who is responsible?

"Who is responsible for overseeing this force going from not being a great force, an average force, to the worst force in the history of England and Wales? That's what the report shows. There has never been a force rated as lowly as this. Who's responsible?

"Now what we can't do, us we can't have people hiding behind 'we're going to learn lessons', 'it's going to be different this time', I've heard that from five chief constables already. I've heard from Barry today that he's putting in a plan, well hang on, well what has he been putting in for the last seven years?

"Because at the minute, nobody is taking responsibility for this mess, and the reason I'm getting so angry about this is that ultimately it's about real people that are affected. Domestic abuse victims are not being taken seriously, we are not investigating crimes, people are being abused and violently assaulted in their own homes, we are not protecting young children who go missing.

"This is affecting real people. Who is taking responsibility for that?

"I have asked repeatedly for chief constables locally to deal with this, I don't expect Barry to do anything because he is as useless as a chocolate fireguard, and he's never done anything useful in his role as PCC, so I think we've got to take another step and the Home Office need to step in.

"The government needs to step in and pull the whole force apart and decide what needs to happen now. Does that include disbanding the force? Does it include merging it with North Yorkshire and or Durham? Does it mean ripping out the senior management at Cleveland Police and keeping the force area? I don't have the answers but we need that type of fundamental review of this.

"Nothing can change until we have new leadership, and that means Barry Coppinger has to go. How can somebody who gets paid £80,000 a year to oversee the running of the force, dare to come out and say it's not his responsibility. How dare he do that."

Tees Valley mayor Ben Houchen has written to Nexus asking to clarify why the next generation of Metro trains are currently not going to be built in the North East.

Ben Houchen, the Tees Valley Mayor, calls for the resignation of the police and crime commissioner.

Read more
Back to top