Facebook has said it will review how it deals with "controversial, harmful and hateful" content after admitting current measures are not effective.

The admission follows sustained pressure from campaign groups, advertisers and the media.

In a blog post, the social network said: "We need to do better - and we will."

The company said it would begin rolling out changes immediately after it became "clear that our systems to identify and remove hate speech have failed to work as effectively as we would like".

Marne Levine, Facebook's vice president of Global Public Policy, added: "In some cases, content is not being removed as quickly as we want.

"In other cases, content that should be removed has not been or has been evaluated using outdated criteria.

"We have been working over the past several months to improve our systems to respond to reports of violations, but the guidelines used by these systems have failed to capture all the content that violates our standards."

At the beginning of May, it reversed a decision not to remove a video which showed a man being beheaded as it did not break the social network's policy. 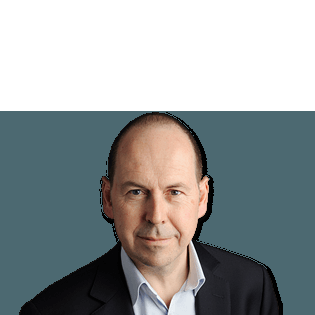 Facebook, like other web superpowers, has always wanted to be seen as a technology business, not a media player.

That's because media companies, which control their own content, are under the spotlight from regulators, politicians and advertisers.

She said Facebook would consult lawyers and interest groups to upgrade its guidelines on removing hate speech.

Training of staff will be stepped up, again by working with interest groups to ensure coaching is appropriate.

Facebook also pledged to work to make sure the posters of such material were made to "stand behind the content they create" so that other users could hold them accountable.

Commenting on Ms Levine's blog post, many Facebook users expressed annoyance at the length of time it had taken for the issues to be addressed.

"It took incredible public pressure for you to look at it... you should have had the guts and morals to do it on your own!", wrote one user.

Facebook's response comes off the back of a large-scale online campaign from a number of prominent women's rights groups.

They included the Everyday Sexism Project, a site that uses social media to highlight what it sees as casual sexism in the media and other arenas.

In addition to their letter to the social network, the groups also called on advertisers to boycott the site, noting that their advertising appeared alongside user-created pages showing images of violence towards women that were "shared, boasted and joked about".

One petition calling for action closed with 225,049 signatures.

The groups called on Facebook to take three specific actions. They were to:

According to campaigners Women, Action & the Media, one high-profile advertiser, Nissan, suspended its advertising on Tuesday.

On Wednesday, the company told the BBC that following Facebook's assurances, it had begun advertising on the platform again.

UK building society Nationwide also took action to remove its promotions: "We welcome the initial commitments made by Facebook yesterday to continue to improve their responses to violations of standards.

"As a responsible and trusted consumer brand, we do feel that sites like Facebook should have stringent processes and guidelines in place to ensure that brands are able to protect themselves from appearing alongside inappropriate content."

Others brands such as Dove said they were working "aggressively" with Facebook to attempt to solve the problem.

Employment decreased by 220,000 between April and June, says the Office for National Statistics.