Are men the main target of sexual harassment in Iraq?

A survey for the BBC of the Arab world turned up an unexpected result in Iraq - more men than women reported having experienced verbal sexual harassment and physical sexual assault. Can this really be the case?

He is in the toilet at his school when three older boys aged between 15 and 17 corner him against a wall. They begin to touch and pull at parts of his body. Initially Sami freezes, his body paralysed with shock. And then he finds a voice.

"I started to scream."

The commotion alerted other children, who called the head teacher. The boys were expelled from the school but their parents were not told why or informed of the nature of the attack.

Sami (not his real name) was then called into the head teacher's office. What happened then felt - to him - like a secondary attack. He was told that the school would be treating the incident as a consensual sexual incident and he was lucky to not be expelled alongside his attackers. Sami would be given "another chance" to stay.

"Everyone thought I was acting in collusion with them," he says.

Too shaken and overwhelmed from the attack, Sami chose not to tell his family, retreating into himself, and barely communicating with anyone for months.

This was the first time Sami was sexually assaulted.

It is 2007 and his father has been dead for just over a year. The loss of the wage earner has been a huge blow to the whole family.

Growing up in a typical town in Iraq's lush Babylon province, some 100km south of Baghdad, Sami enjoyed a happy childhood. He would wake up at 7am, head to school and return at around noon. Sami would study more and then spend time with his brother or sister. In the evenings the family would visit his grandparents for dinner. Sometimes he would help out in the sweet shop his father worked in - earning doughnuts as payment.

But his father's death meant that Sami needed to go out and work. He got a job in a shop at the local market.

That's when it happened again.

Sami felt uncomfortable with the amount of attention he received from the shop's owner.

"He showered me with too much care," he says.

Then, one day, when they were alone, the owner cornered Sami and lunged at him, trying to kiss and fondle him. Sami acted impulsively, grabbing the nearest thing to him, a glass jar. He hit the man over the head and ran away.

Sami isn't sure what the shop owner told the local community but it took him a year to get another job.

His mother and siblings are away and an older cousin has come over to visit. Sitting next to Sami, his cousin pulls out his phone and begins flicking through pornographic images in front of him. Then suddenly he grabs him, overpowers him, hits him and rapes him.

The violent attack is too painful for Sami to talk about. If he thinks about it too much he suffers from nightmares.

Sami could no longer remain in his childhood home.

"I managed to convince my family to move house and leave the neighbourhood. We cut off ties with our relatives and neighbourhood friends," he says.

The family headed to Baghdad where they all found work.

The trauma of the attacks kept resurfacing, prompting Sami to shy away from romantic relationships. Then, gradually, as he built trust with new friends in the city he made a decision; he no longer wanted to carry the burden of his experience alone.

Tentatively, he confided in a small group of close friends. Their reaction was unexpected. Sami realised that he was not alone in this experience.

Other young men in his group of friends said that they too had experienced sexual assault.

A survey for BBC News Arabic of 10 countries and the Palestinian territories found that in two of those countries - Tunisia and Iraq - more men than women reported experiencing verbal and physical sexual harassment.

These are surprising results, bearing in mind the dire state of women's rights in the country - article 41 of the Iraqi penal code even states that it is not illegal for a husband to beat his wife.

But Dr Kathrin Thomas, a research associate on the Arab Barometer, the research network that carried out the survey, cautions that women experiencing sexual harassment may prefer to remain silent. 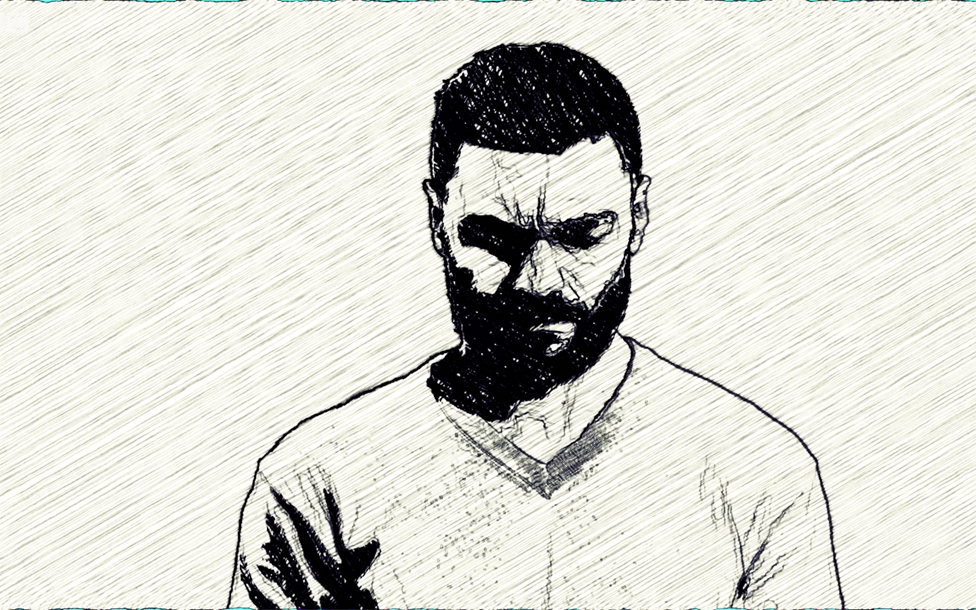 If I were to complain about being raped, the police are likely to see me not as a victim, but might even put me in jail

"Asking about a sensitive topic, such as harassment, comes with a few caveats," she says.

"People tend to under-report the prevalence of harassment, as it may be embarrassing and unpleasant for them to talk about it, or reporting harassment may potentially have negative consequences for them.

"Women may be more prone to under-report harassment compared to men."

"Women are often reluctant to come forward and categorise their experiences as domestic or sexual violence. Even the terminology can be unfamiliar," she says.

This tendency has been noticed in Iraqi hospitals, she points out. By law the hospitals have security officers present at all times, and doctors are obliged to inform them if a woman says she is the victim of abuse.

"So often women will lie and protect the perpetrators, especially if they are known to them, as they are scared to trigger a criminal investigation which might put them at risk of retribution," she says.

Human Rights Watch is also aware of instances of sexual violence perpetrated against gay men and trans women in Iraq - though it seems that these too are often not reported to the police.

"Gay and trans men continue to experience sexual harassment in Iraq. Those who look and sound more 'feminine' [based on local stereotypes] are often the subject of sexual violence," says Amir Ashour, the founder of IraQueer - a Sweden-based NGO that focuses on the experiences of LGBT people in Iraq.

"These crimes continue to be under-reported because social norms do not allow for men to talk about these things, and the fact that reporting it might also reveal that the victims are gay, which could lead to more violence and discrimination."

Sami echoes this, adding that even though male rape is against the law, police, and society generally, have little sympathy with the victims.

"If someone files a complaint with the police about the rape of a man, the policeman is likely to laugh at you," he says.

He remembers the experience he had at school, at the age of 13, when he was blamed for being the victim of an attack, and says could happen again now.

"If I were to complain about being raped, the police are likely to see me not as a victim but might even put me in jail because I would be seen as a party to the incident, which would be seen as act of homosexuality - which is illegal," he says.

"The law is on my side but law enforcers are not."

A spokesman for the Iraqi police said in a statement: "Our door is open to all citizens. Sexual harassers have been arrested after victims reported incidents of harassment." The statement also said that a new strategy had been adopted in 2003, in line with the country's new understanding of human rights, and that specialist officers had been recruited to deal with such cases.

Life is better now. He likes living in Baghdad. He has a career in a large international company and a group of supportive friends who know about his past. He hopes that by telling his story to the BBC, he will encourage other men to talk about their experiences.

But the past is not a closed book. He still doesn't feel he can be in a relationship with anyone.

Maybe one day he'll find a partner, he says - when he has changed, and Iraqi society has changed. He'll think about it again when he's 35.

US Army interpreter Nayyef Hrebid and Iraqi soldier Btoo Allami fell in love at the height of the Iraq War. It was the start of a dangerous 12-year struggle to live together as a couple.

Top grades are up, but head teachers warn of "heartbreaking" volatility at school and student level.

Will home-schooled pupils get results? And other questions