The costs of inaction on climate change will be "catastrophic", according to US Secretary of State John Kerry.

Mr Kerry was responding to a major report by the UN which described the impacts of global warming as "severe, pervasive and irreversible".

He said dramatic and swift action was required to tackle the threats posed by a rapidly changing climate.

Our health, homes, food and safety are all likely to be threatened by rising temperatures, the report says.

Scientists and officials meeting in Japan say the document is the most comprehensive assessment to date of the impacts of climate change on the world.

In a statement, Mr Kerry said: "Unless we act dramatically and quickly, science tells us our climate and our way of life are literally in jeopardy. Denial of the science is malpractice.

"There are those who say we can't afford to act. But waiting is truly unaffordable. The costs of inaction are catastrophic."

Some impacts of climate change include a higher risk of flooding and changes to crop yields and water availability. Humans may be able to adapt to some of these changes, but only within limits.

An example of an adaptation strategy would be the construction of sea walls and levees to protect against flooding. Another might be introducing more efficient irrigation for farmers in areas where water is scarce.

Natural systems are currently bearing the brunt of climatic changes, but a growing impact on humans is feared.

Members of the IPCC say it provides overwhelming evidence of the scale of these effects.

The prognosis on the climate isn't good - but the doctor's changing his bedside manner with the people in charge of the planet's health.

The report's chair, Dr Chris Field, is worried that an apocalyptic tone will frighten politicians so much that they'll abandon the Earth to its fate.

There is nothing inevitable about the worst impacts on people and nature, Dr Field says. We can cut emissions to reduce the risks of catastrophe and adapt to some changes that will inevitably occur.

We have to re-frame climate change as an exciting challenge for the most creative minds.

Cutting local air pollution from, say coal, can also reduce carbon emissions that cause warming; creating decent homes for poor people in countries like Bangladesh can improve lives whilst removing them from the path of flood surges.

Some will criticise Dr Field for being too upbeat. But many politicians have gone deaf to the old-style warnings. Maybe it's worth a new approach.

The report was agreed after almost a week of intense discussions here in Yokohama, which included concerns among some authors about the tone of the evolving document.

This is the second of a series from the UN's climate panel due out this year that outlines the causes, effects and solutions to global warming.

This latest Summary for Policymakers document highlights the fact that the amount of scientific evidence on the impacts of warming has almost doubled since the last report in 2007.

Be it the melting of glaciers or warming of permafrost, the summary highlights the fact that on all continents and across the oceans, changes in the climate have caused impacts on natural and human systems in recent decades.

In the words of the report, "increasing magnitudes of warming increase the likelihood of severe, pervasive and irreversible impacts".

"Nobody on this planet is going to be untouched by the impacts of climate change,'' said Mr Pachauri.

Dr Saleemul Huq, a convening lead author on one of the chapters, commented: "Before this we thought we knew this was happening, but now we have overwhelming evidence that it is happening and it is real."

Michel Jarraud, secretary-general of the World Meteorological Organization, said the report was based on more than 12,000 peer-reviewed scientific studies. He said this document was "the most solid evidence you can get in any scientific discipline".

Ed Davey, the UK Energy and Climate Secretary said: "The science has clearly spoken. Left unchecked, climate change will impact on many aspects of our society, with far reaching consequences to human health, global food security and economic development.

"The recent flooding in the UK is a testament to the devastation that climate change could bring to our daily lives."

The report details significant short-term impacts on natural systems in the next 20 to 30 years. It details five reasons for concern that would likely increase as a result of the warming the world is already committed to.

A perspective on the UK 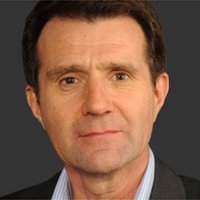 British winters are likely to become milder and wetter like the last one but cold spells still need to be planned for, says the UK Met Office.

Summers are likely to be hotter and drier, but washouts are still on the cards, it adds.

The assessment of future weather extremes finds the role of human influence is "detectable" in summer heatwaves and in intense rainfall.

However, the Met Office says a lot more work must be done to confirm the links.

If the study is correct, it means everything from gumboots to snowploughs and sunscreen to anoraks will still be needed.

These include threats to unique systems such as Arctic sea ice and coral reefs, where risks are said to increase to "very high" with a 2C rise in temperatures.

The summary document outlines impacts on the seas and on freshwater systems as well. The oceans will become more acidic, threatening coral and the many species that they harbour.

On land, animals, plants and other species will begin to move towards higher ground or towards the poles as the mercury rises.

Humans, though, are also increasingly affected as the century goes on.

Food security is highlighted as an area of significant concern. Crop yields for maize, rice and wheat are all hit in the period up to 2050, with around a tenth of projections showing losses over 25%.

After 2050, the risk of more severe yield impacts increases, as boom-and-bust cycles affect many regions. All the while, the demand for food from a population estimated to be around nine billion will rise.

Many fish species, a critical food source for many, will also move because of warmer waters.

What is the IPCC?

In its own words, the IPCC is there "to provide the world with a clear scientific view on the current state of knowledge in climate change and its potential environmental and socio-economic impacts".

The offspring of two UN bodies, the World Meteorological Organization and the United Nations Environment Programme, it has issued four heavyweight assessment reports to date on the state of the climate.

These are commissioned by the governments of 195 countries, essentially the entire world. These reports are critical in informing the climate policies adopted by these governments.

The IPCC itself is a small organisation, run from Geneva with a full time staff of 12. All the scientists who are involved with it do so on a voluntary basis.

In some parts of the tropics and in Antarctica, potential catches could decline by more than 50%.

"This is a sobering assessment," said Prof Neil Adger from the University of Exeter, another IPCC author.

"Going into the future, the risks only increase, and these are about people, the impacts on crops, on the availability of water and particularly, the extreme events on people's lives and livelihoods."

People will be affected by flooding and heat related mortality. The report warns of new risks including the threat to those who work outside, such as farmers and construction workers. There are concerns raised over migration linked to climate change, as well as conflict and national security.

Report co-author Maggie Opondo of the University of Nairobi said that in places such as Africa, climate change and extreme events mean "people are going to become more vulnerable to sinking deeper into poverty".

While the poorer countries are likely to suffer more in the short term, the rich won't escape.

"The rich are going to have to think about climate change. We're seeing that in the UK, with the floods we had a few months ago, and the storms we had in the US and the drought in California," said Dr Huq.

"These are multibillion dollar events that the rich are going to have to pay for, and there's a limit to what they can pay."

But it is not all bad news, as the co-chair of the working group that drew up the report points out.

"I think the really big breakthrough in this report is the new idea of thinking about managing climate change as a problem in managing risks," said Dr Chris Field.

"Climate change is really important but we have a lot of the tools for dealing effectively with it - we just need to be smart about it."

There is far greater emphasis to adapting to the impacts of climate in this new summary. The problem, as ever, is who foots the bill?

"It is not up to IPCC to define that," said Dr Jose Marengo, a Brazilian government official who attended the talks.

"It provides the scientific basis to say this is the bill, somebody has to pay, and with the scientific grounds it is relatively easier now to go to the climate negotiations in the UNFCCC (United Nations Framework Convention on Climate Change) and start making deals about who will pay for adaptation."

The focus will be on flights to Heathrow from Wuhan, the health secretary is to say.

Does a milk advert show Harry and Meghan's future?

Is Veganuary a smart way to lose weight?

The four classic signs of 'burnout'

Can cooling patients help after a cardiac arrest?

Young people 'most vulnerable' at work

What happens when we're too old to be 'useful'?

An exclusive first look at the much-anticipated adaption