How women are
changing the face
of Congress

History will be made in America on 3 January when a record number of women are sworn in as part of the 116th Congress. 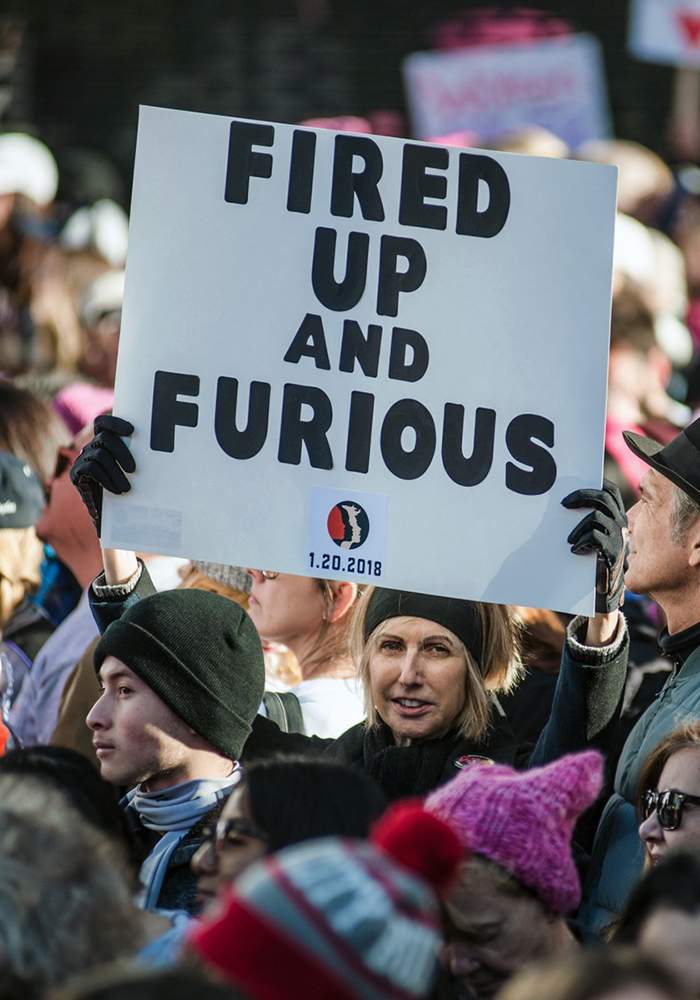 It will be the culmination of two years of resistance to President Donald Trump - primarily led by women - following his unexpected victory over Hillary Clinton in 2016.

The day after his inauguration, millions of women joined protests against him across the country.

As the mid-term elections approached, Democrats saw a surge of women who wanted to represent the party - a stark contrast to previous years when they appeared reluctant to enter politics.

This led to suggestions that 2018 could become another “Year of the Woman” - a reference to the 1992 elections in which the number of women in Congress nearly doubled.

That jump 26 years ago was put down to a controversy over claims of sexual assault against a Supreme Court nominee - a situation similar to the case of Brett Kavanaugh in 2018.

Here's how the mid-term results have changed the make-up of Congress and a look at some of the women leading that change.

In 2016, just over
300 women filed to
run for Congress.
In 2018, the number
of women candidates
rose to a record 529.
The majority of them
stood as Democrats.
Just under half of them
were chosen to be their
party's official nominee.
And 116 of them won.
Added to the 10 sitting female senators who were not up for election, it means there will be 126 women in the new Congress.
Although it represents a big jump, there's still a huge gender divide.
Men make up 76%
of Congress overall.
But the 2018 results show that women candidates are winning across America.
This is where women
were standing for the
House – the lower
chamber of Congress.
This is where they won.
And the newly-elected women are helping to change the face of Congress. 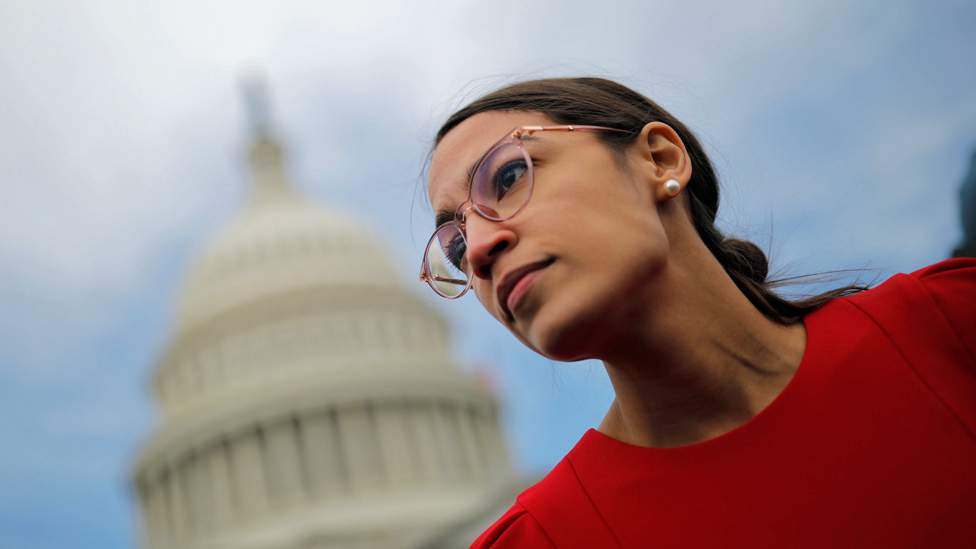 Alexandria Ocasio-Cortez, a former Bernie Sanders volunteer, is the youngest woman ever to win a seat in Congress.

The 29-year-old, a Bronx native from a Puerto Rican family, overcame a top Democrat to become her party's nominee for a House seat in New York.

A year before she was elected, she was working in a bar in Manhattan.

In a video that launched her campaign, and quickly went viral, she said: "Women like me aren't supposed to run for office." 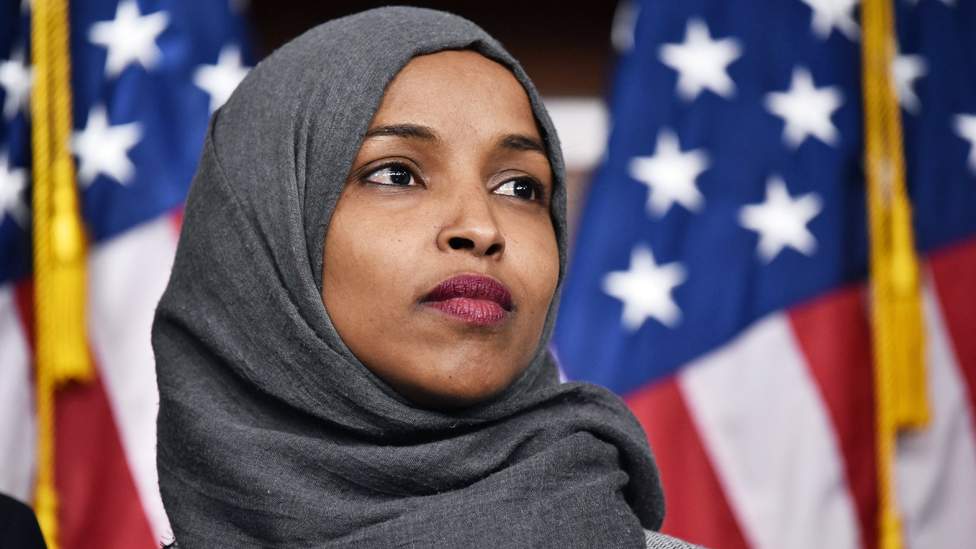 Ilhan Omar, 37, is one of two Democrats to become the first Muslim-American women to enter Congress. She won a House seat in Minnesota.

Born in Somalia, Ms Omar and her family fled the country's civil war in 1991. She arrived in the US as a teenager after spending four years at a refugee camp in Kenya.

She is also the first Somali-American member of Congress.

Speaking after her win, Ms Omar said Minnesota was delivering a clear message by sending a Somali refugee to Congress at a time when President Trump had banned Somalis from entering the country.

Ms Omar will be joined in Congress by Rashida Tlaib, a Muslim woman who won a House seat in Michigan. The 42-year-old is also the first Palestinian-American congresswoman. 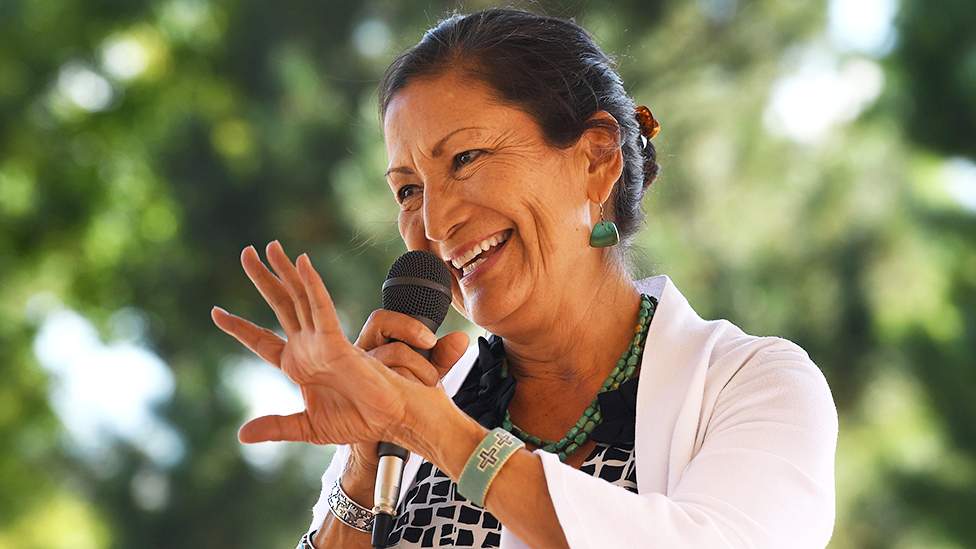 Deb Haaland, 58, is one of two Democrats to become the first Native American women in Congress.

Ms Haaland, a member of the Laguna Pueblo tribe, won a House seat in New Mexico. During the campaign she spoke of her own struggles as a single mother relying on food stamps.

The other Native American woman to be elected is Sharice Davids, a 38-year-old former mixed martial arts fighter. She is also the first openly gay woman to represent Kansas.

Data
The Center for American Women and Politics, AP

More about the US mid-terms