by Hannah Long-Higgins
7 December 2017
What does it feel
like to lose your
home so late in life?
The Bonillas

Last year, Ernesto Bonilla, 81, and his son, Ernesto Bonilla Jr, 53, were shocked to receive a letter in the post informing them they were no longer the owners of their three-storey brownstone on 5th Street in Park Slope, Brooklyn, and would soon be evicted. 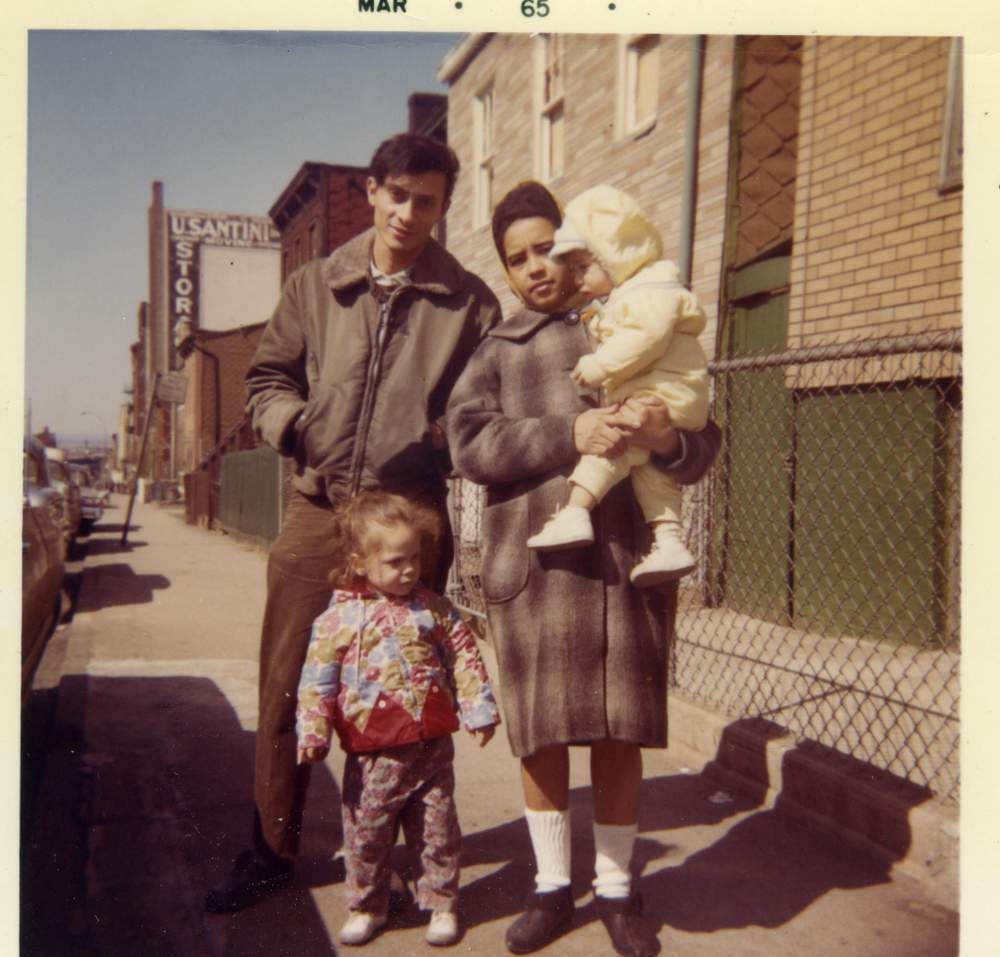 The Bonilla family in Park Slope, Brooklyn in March 1965

Ernesto Jr says he discovered a relative had sold the family home for $1.5m, without his knowledge.

They have not received any money from the sale and Ernesto says he hasn’t spoken to her in four years.

The Bonilla family has lived in the house since 1967. For both Ernesto Sr and his son, this was home.

But now the father and son were left to weather the eviction process.

The developer who purchased the home, the Brooklyn Home Company, declined the opportunity to comment on the sale or the eviction process.

He'd get all crazed and throw things out, saying they're gonna throw us out, he'd cry again and get angry.

My father took this very, very hard. When he found out they sold the house, he said: ‘I have no place to live, no home, they’re going to throw me out.’

His mind started getting worse, we had to take him to a neurologist who gave him antidepressants, and he started to slow down, all sorts of weird things.

He had issues here but everything accelerated like if you have a fire, you just put nitroglycerin gasoline on it or dropped an atomic bomb on it, it just went off.

Ernesto Jr went to court to contest the eviction in March, but the summer months passed with no decision on whether the developer could proceed with the eviction.

Meanwhile, Ernesto Sr’s health continued to plummet, and he died in hospital on 23 August. Ernesto Jr did not have enough money for a proper burial or funeral service for his late father, and says his own health is declining.

In November, he received a letter saying the eviction was going forward. His lawyer will file an appeal, which he expects will buy several more months.

But in the end, Ernesto Jr says he’s not leaving.

About one mile from the Bonilla family home, construction for new upscale flats is well under way in a large grey building that sits on the edge of Prospect Park. Many locals know the building for what it used to be - a residence and care home for 130 senior citizens called Prospect Park Residence.

The owner sold the building to a developer in January 2014. Months later, residents were told they had 90 days to leave. The owner of the building said in a statement from his lawyer that he doesn't consider it to be an eviction.

Laura Perry’s mother, Gloria Russo, was one of the evicted residents. Perry and her sister moved their mother to another home on Long Island, but Russo became depressed and her health began to rapidly decline in the months following the eviction.

Russo died at 93, just six months after being forced out.

'Now, I don’t trust going to a home.
I think my generation will start to play around with alternatives'
- Laura Perry

Laura Perry: It was very sad to see these wonderful elders, who before had been part of a community, completely lost.

They used to go out for dinners and lunches, you know, they'd put them in the little van and take them some place and have dinner out... all was well. And then, there was a change of ownership. And I'm not exactly sure when that took place, but the services started to get cut back. It was sad for everyone there.

At this point, lucky for me, I’m pretty healthy and strong. But I don’t know where I would go. Even if I were to go to a place that looked pretty nice on the outside, I don’t know if they would shut it down.

Annemarie Mogil, 95, and Alice Singer, 92, refused to leave their rooms after the sale of Prospect Park Residence.

They and three other residents brought their fight to court, and received a $3m (£2.2m) settlement last year.

Annemarie: I was devastated.

If you move at the age of 94 and, say, you're going to your family, it's a move that you're looking forward to.
It's going to be in the bosom of your family, and familiarity, and loving care.

Why she went to court: It's in my make-up. I don't think about it.

I don't even know if I could put it into words, but I have a certain drive, and certain stubbornness is not the right word, it's not a positive word.

But... I take care of myself for my own best interest, without hurting anyone else.

On her new apartment: There’s no amount of money that can compensate for the feelings you have about a place.

I've never been in a hotel or anything like that, but it's not like a real home, where I am now.

It's very impersonal. You don't make friends, you make acquaintances. 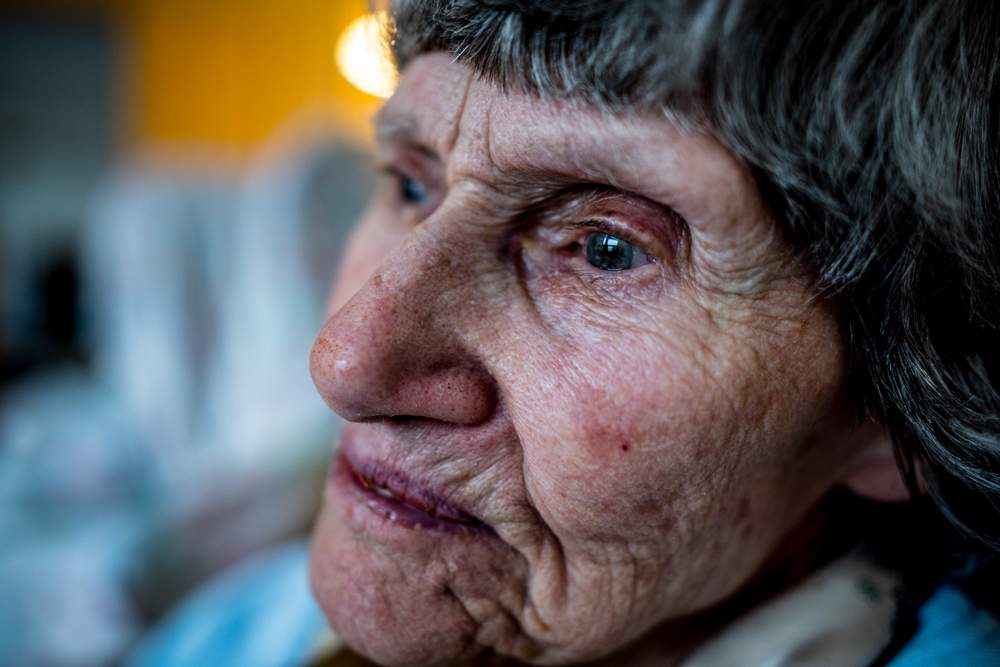 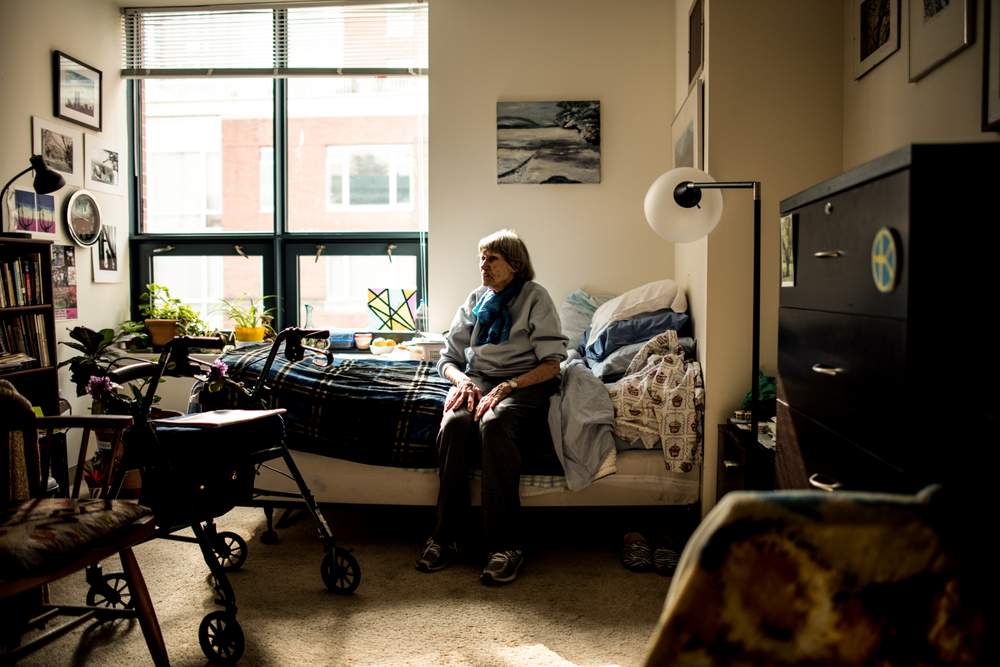