Everything we knew about money is up for grabs.
So will we end up smiling?

Step into KFC's KPro restaurant in the eastern Chinese city of Hangzhou and you will find customers smiling for their supper.

The “smile to pay” system means a camera at the counter scans a customer’s face, verifies their identity from records on the Alipay app, and takes payment.

Smartphones allow fingerprints, iris scans and voice recognition – or even just our physical presence in a store – to be sufficient to make a payment. Sending a message on a mobile to take a bus ride or transfer money home is common in Africa. 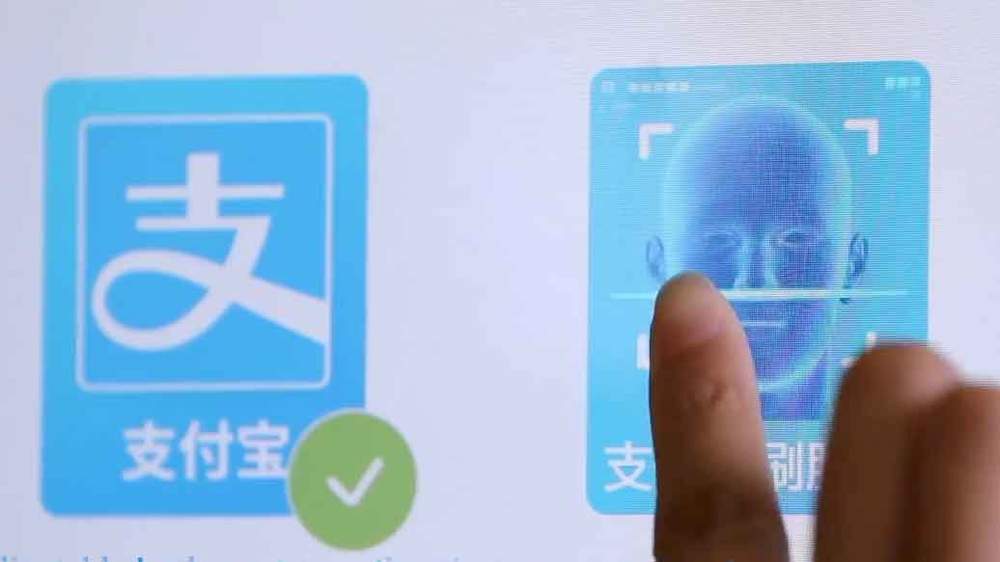 The breakneck speed of change in this sector makes it “futile” to predict exactly what will happen in the next decade or two, adds Mr Zhang.

But one thing is for sure: millions of people are increasingly turning to their smartphones not only to pay, but to manage their money – by applying for loans, finding the best insurance deal, or donating to charity.

Non-cash payments in China rose by 63% in 2014-15. In the UK, non-cash payments have now overtaken the use of notes and coins. So there are challenges for cash all round the world. 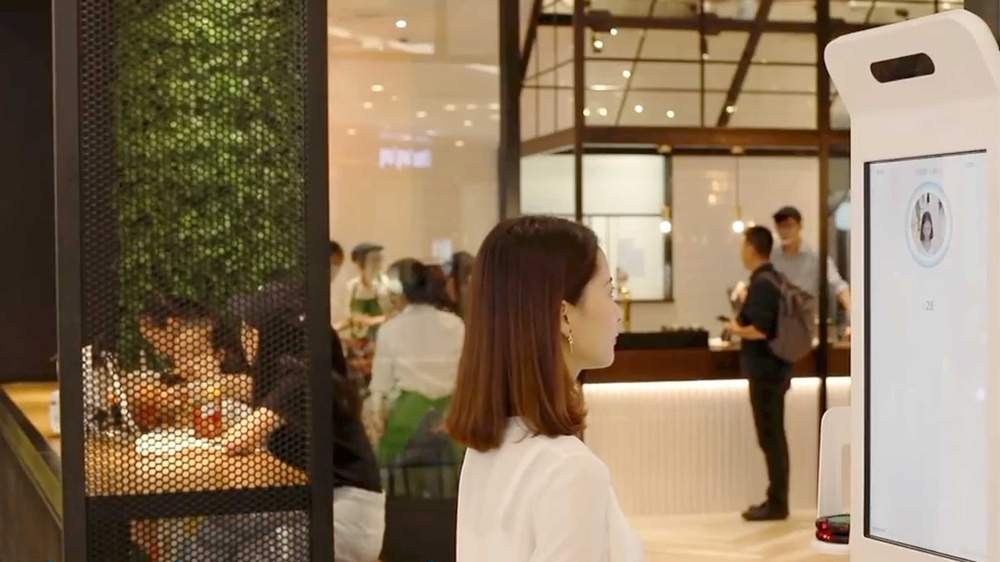 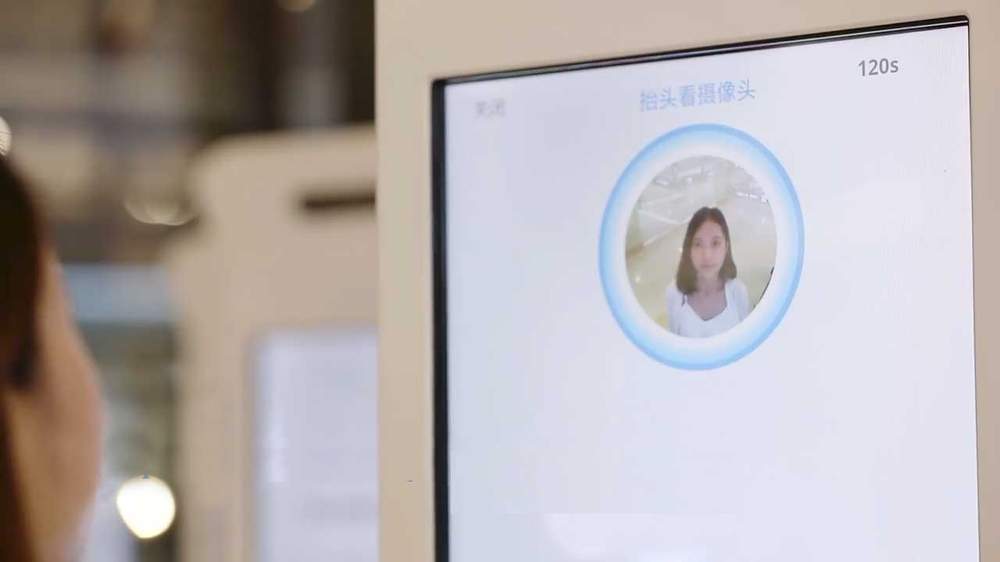 Meanwhile, technology is reinventing the very building blocks of our finances. As long ago as the 16th Century BC, goods were exchanged for a form of currency – cowrie shells.

Later, in the 7th Century BC, coins were first minted in Lydia, in modern-day Turkey, from electrum – a natural alloy of gold and silver found in riverbeds.

Much later, paper money was introduced in China. Known as “flying cash” owing to its convenience and lightness, it was backed by the central authority. According to Ben Alsop, curator of the Citi Money Gallery at the British Museum in London, that introduced a vital concept – trust.

Trust of the authorities, and trust that this piece of paper was actually worth something. So, for years, currencies have traditionally been issued by governments via central banks.

Now cryptocurrencies can be created and stored electronically on a completely decentralised system. More than 1,000 of them exist globally, the best-known of which is Bitcoin.

All of which raises issues of control and influence. Who controls currency – governments or networks of computers? Who controls our payments – technology companies, payment card providers, or banks?

Arguably most importantly of all, who controls all the data about our financial transactions – you or them? 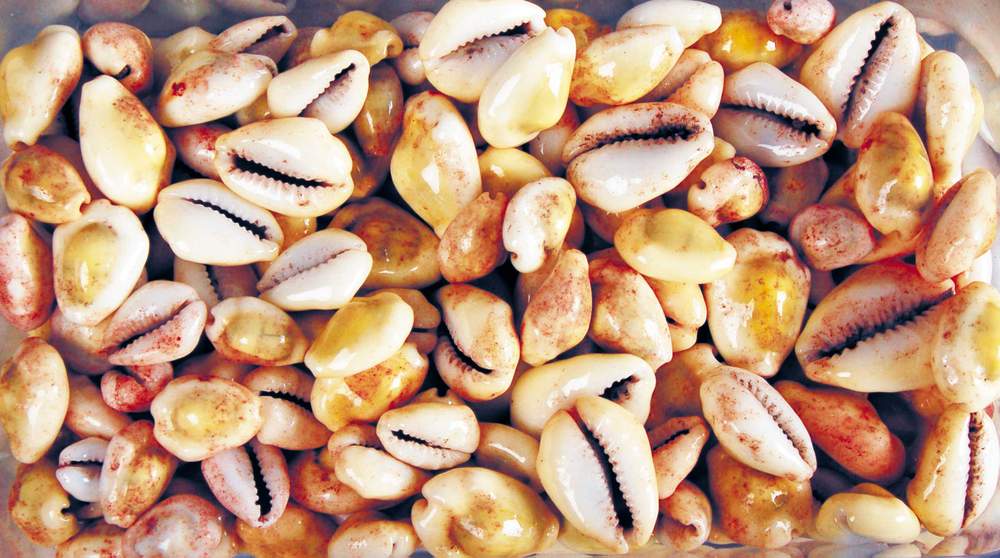 In the roof space office of a nondescript brick building in east London is an artificial intelligence start-up business with 12 members of staff and lofty ambitions.

Cleo AI operates a digital assistant that connects to users’ bank accounts and helps them manage their money. Users ask questions about their spending through Facebook Messenger, and Cleo answers.

“I started Cleo to solve my own problem,” says 27-year-old founder and chief executive Barney Hussey-Yeo. 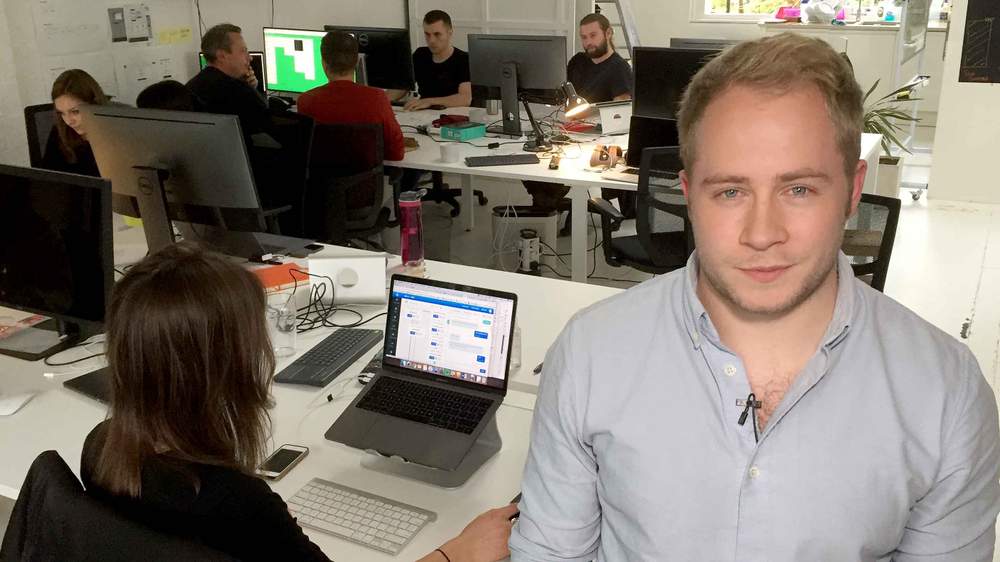 The assistant was launched in the UK and now has approaching 100,000 users, but Mr Hussey-Yeo wants to sign up a billion customers across the globe and “to take on the banks”.

How? He says digital assistants can replace banking apps, finding better deals by analysing the previous 12 months of transaction data, with the business taking a cut from any new switch.

His confidence may be based, in part, on the evidence from China, where Tencent's WeChat app started life as a mobile messaging service but is now a huge business offering an array of financial services.

With a customer base that is aged entirely in their 20s and 30s and, as yet, no licence to offer credit, there are significant questions over whether Cleo can match this and achieve the scale needed to meet its ambition.

Mr Hussey-Yeo should know the dangers. He started as a data scientist at payday lender Wonga, just as it was trying to reinvent itself after it became a byword among critics for unethical and lax lending. Its last set of annual results revealed a pre-tax loss of £65m.

One game changer across Europe that could benefit nascent fintech (financial technology) companies like Cleo, and increase competition between them, is the European Union’s Second Payment Services Directive.

This instructs banks to open up the payments infrastructure and customer data that they control to third parties, like fintechs.

In practice that means a customer’s spending history can be shared with other services. That information is valuable. For example, lots of businesses would want to know that you spend a lot on petrol so a car is central to your life, or that you tend to dip into an overdraft near the end of every month. 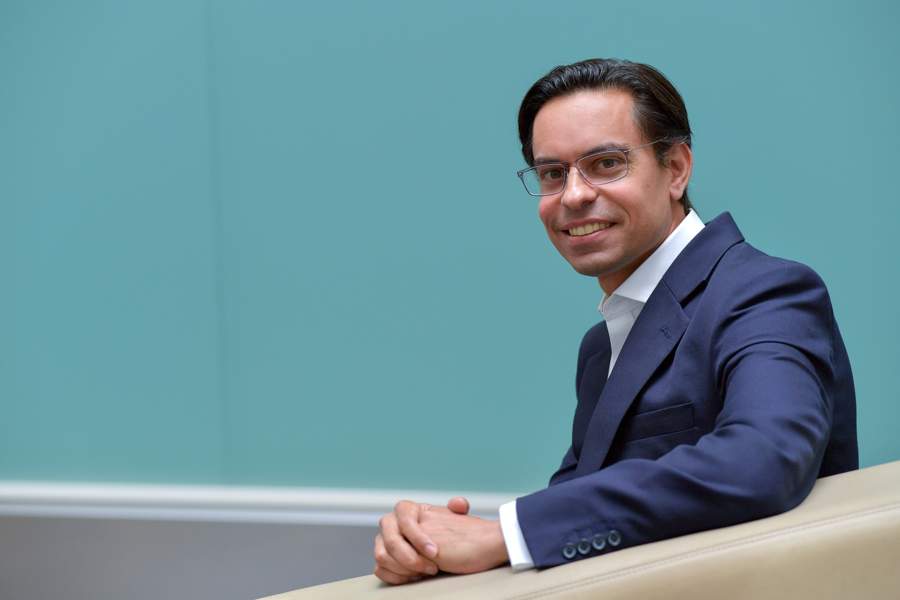 So, underlying the rules is a requirement that the consumer must consent to their personal information being shared.

“It allows consumers to take back control of their data and payments in a safe and secure way,” says Imran Gulamhuseinwala, implementation trustee for Open Banking in the UK.

He is overseeing the introduction of a set of computer programming rules in the UK, called Application Programming Interfaces (APIs), that ensure all these new services and banks to talk to each other.

Eventually, they will also allow payment to be taken directly, with customers’ consent. Banks will build their own APIs in the rest of the European Union, but the principle remains the same.That principle should inspire competition and, according to Mr Hussey-Yeo, shift the balance of power.

But who can you trust? Consumers will be bombarded with confusing marketing, they will quickly give away and lose control of their personal information, and only the tech-savvy will benefit, according to Mick McAteer, of the UK’s Financial Inclusion Centre.

Open Banking, he says, is “a daft idea”, which will lead to more financial exclusion for those already on low incomes. He says it is naïve of regulators to assume that consumers will have ownership of their data and turn the tables on banks currently giving them a raw deal.

Instead, there is a danger, he says, of these consumers being exploited, either through businesses offering a new form of expensive payday loan, or abuse of data alongside other personal information revealed on social media and elsewhere by unscrupulous individuals. 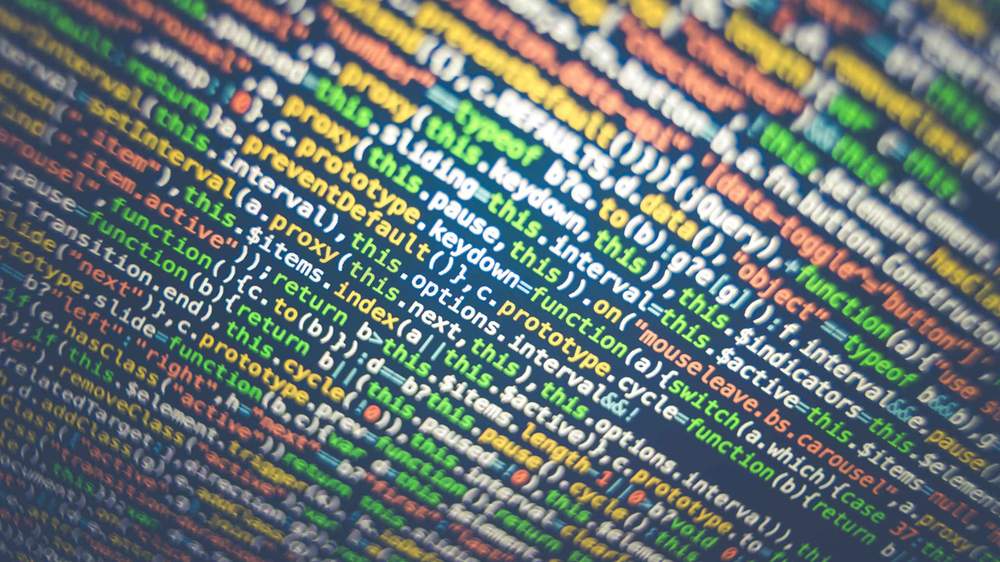 Two billion people around the world do not have a bank account, according to the World Bank. The number is falling, thanks in part to mobile money accounts in Africa.

However, as new services are being developed and new ways of paying invented, there are renewed questions about those left behind.

What of those who are confused by QR codes (the interactive codes that hold vital information), or who can only pay via their mobile because there is no bank branch network?

That is the conundrum tackled by Ezetap, launched in 2011 in India, where millions have embraced mobile technology, but where huge swathes of the population only use cash. 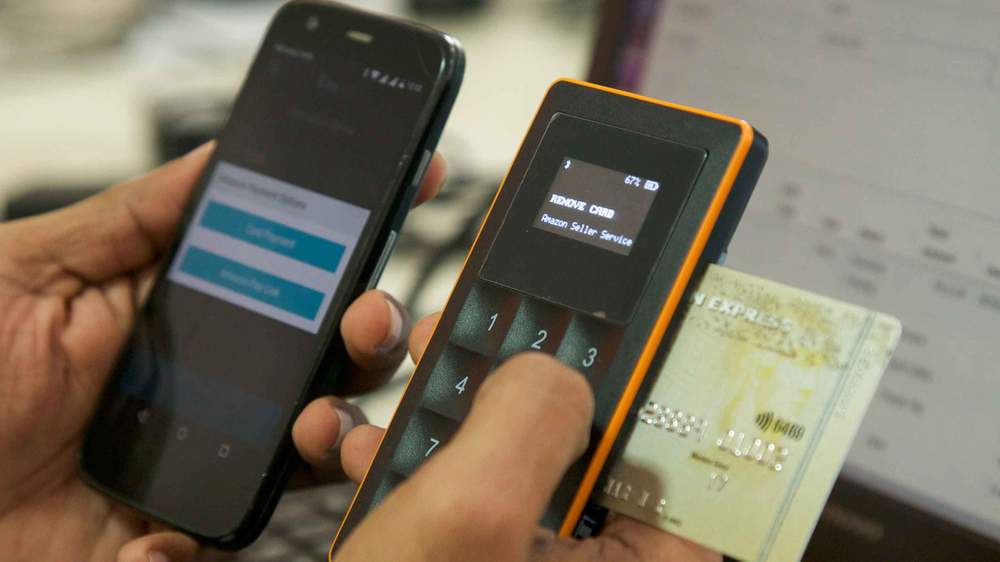 Chaotic scenes which followed the Indian government’s attempt to ban high-denomination notes are testament to that. Amid a background of movement from a paper-based Indian economy, Ezetap created software that would allow a merchant with a smartphone to accept any type of payment and see that money moved seamlessly into their own bank account.

Take this digital transaction a step or two further and you march towards the brain-aching concept of self-regulating digital currencies. Big investors have bet on Bitcoin, the largest cryptocurrency, and the hundreds of others that have been created. A growing list of retailers is accepting Bitcoins, but paying for your groceries via a cryptocurrency wallet remains a very niche activity. Price volatility and transaction costs have been high, and there remains a level of uncertainty about them in general. 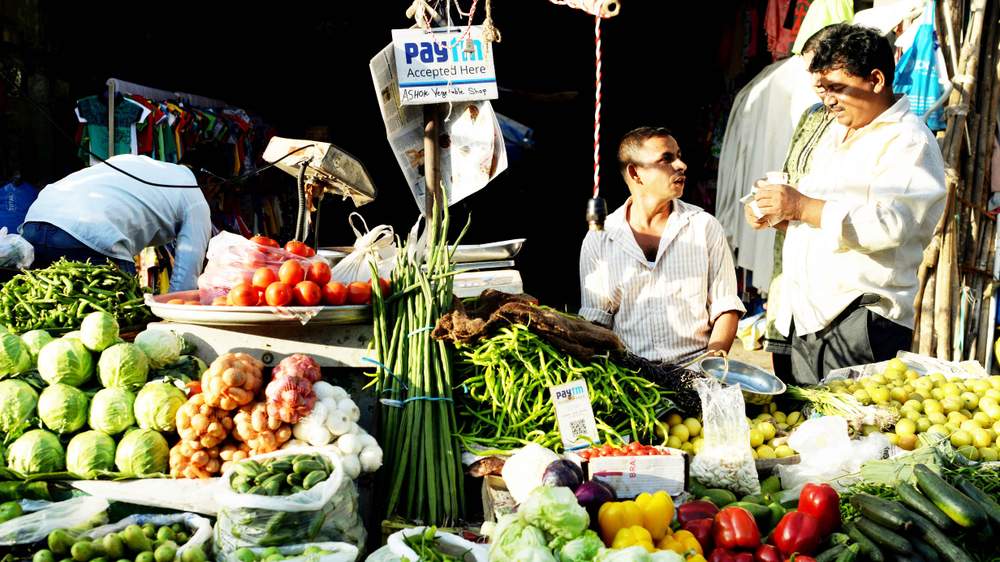 So why are cryptocurrencies, the 'mining' of which is pictured, important? Firstly, they are challenging the existing ways of entrepreneurs raising money. So-called Initial Coin Offerings (ICOs) see start-up technology companies selling digital tokens to raise capital.

In theory, these tokens should increase in value as long as others keep investing. Such a tactic is quick and easy, but it is also risky and unregulated – not the kind of system applauded by central authorities. The People’s Bank of China recently banned ICOs.

Secondly, many say that there is huge potential in the system that underpins cryptocurrencies – the blockchain. Blockchain is a digital ledger of transactions, agreements and contracts that is not held in one place, like an old bank manager’s ledger, but distributed to thousands of computers around the world.

Each new transaction or agreement is entered into a block, which is then added onto the chain. If any one computer tries to alter a previous transaction, all the others are alerted to the attempt and block it.

In practice, that cuts out the middle man who usually verifies these transactions, such as credit card companies, solicitors, or even banks themselves. In theory, an exchange when buying a property could be instantaneous through the blockchain.

In our day-to-day lives, the blockchain could underpin automatic payments. Bryan Zhang, of the Cambridge Centre for Alternative Finance, says smart machines could pay each other. A smart fridge could order and pay for fresh milk. On a larger scale, a delayed plane could automatically pay out compensation to passengers. 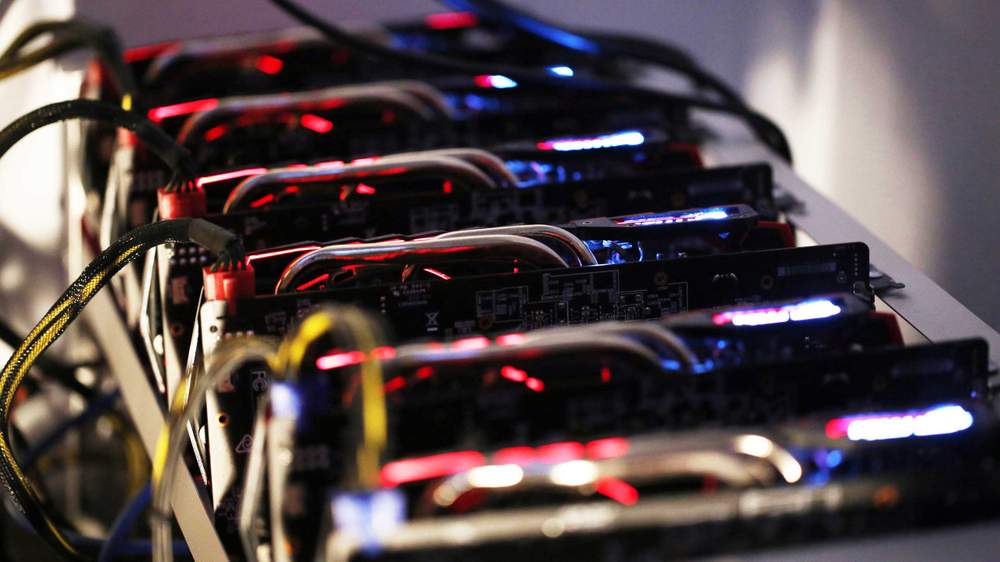 All of this suggests trouble for cash – the king of payments which is seeing its crown slip.

The evidence, though, tells us its reign is far from over. Notes and coins in circulation have been relatively unchanged in major western economies, according to the Bank for International Settlements.

In the US, their value in circulation rose between 2011 and 2015. The number of cash machines has grown sharply in the BRIC countries – Brazil, Russia, India and China - and has changed little in Western countries.

That is not to say they have not evolved. ATM operators have embraced the technology that could also be their greatest threat, to create “a bank in a box”.

Fifty years ago a crowd of enthralled shoppers in London, UK, watched an ATM dispense cash for the first time outside a branch of Barclays Bank. Operator NCR says that the latest ATM, with video links and mobile interactivity, can complete 80% of the transactions completed inside a typical branch. 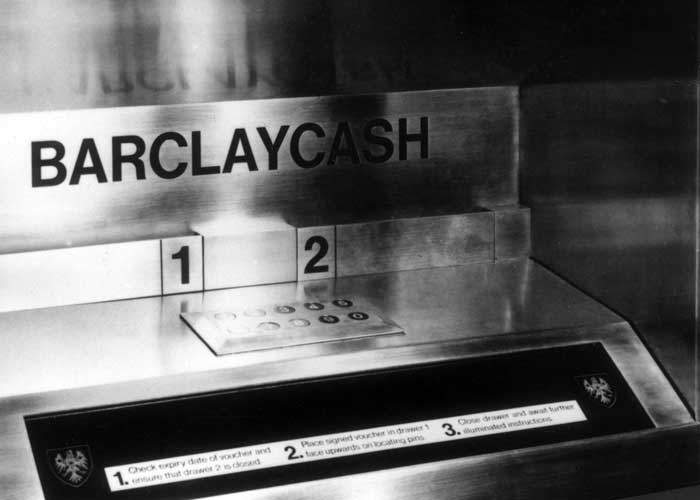 In Portugal, where there is the highest proportion in western Europe of cash machines per capita, the network has expanded into tax payments, bill payments, and even concert and cinema tickets.

Cash machines may become the new branches, but slowly.

Banks, despite their huge wealth, will be less nimble in developing new products than fintech start-ups. So they will need to collaborate with these potential disruptors or face a challenge from the large technology companies which can match them for scale.

Meanwhile, the customers they are all competing for could benefit from cheaper, more convenient products, but must remain alert to the risks that automation could present.

Money talks, it is said, but its language is fast becoming computer code. 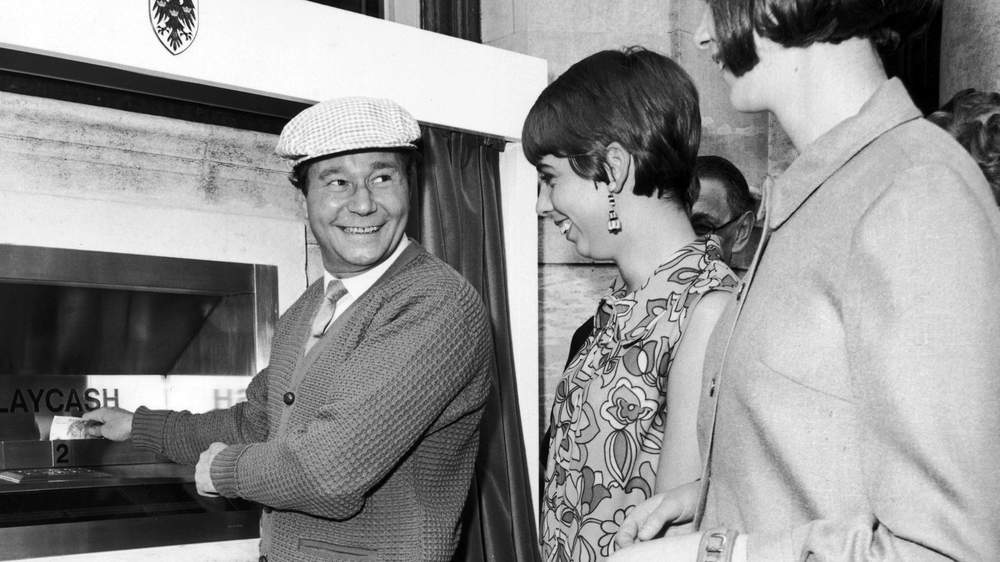 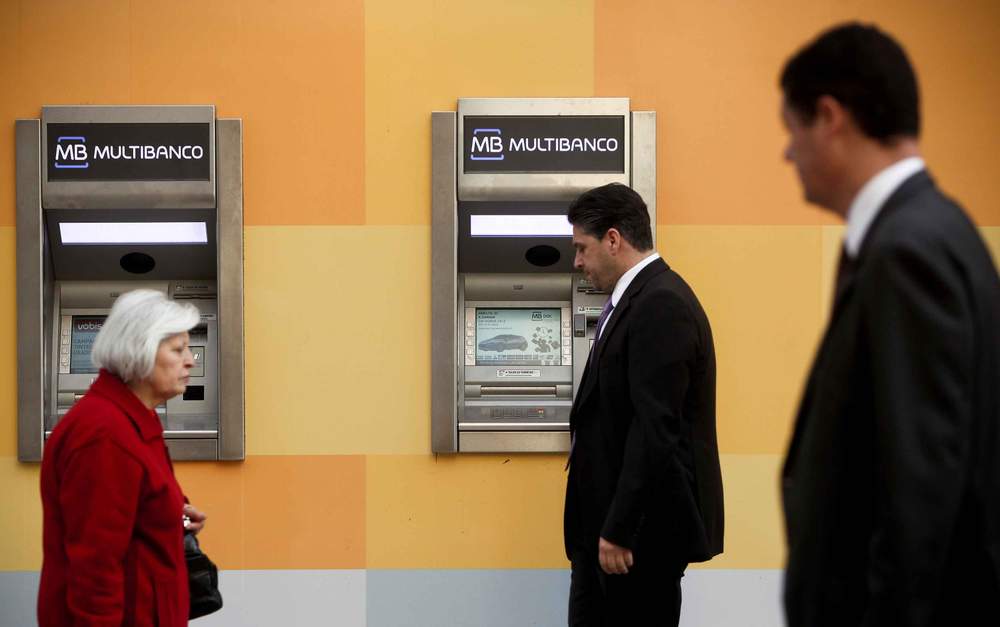 More from The Disruptors