To share Covid-19 misinformation you've spotted, you can email us here. 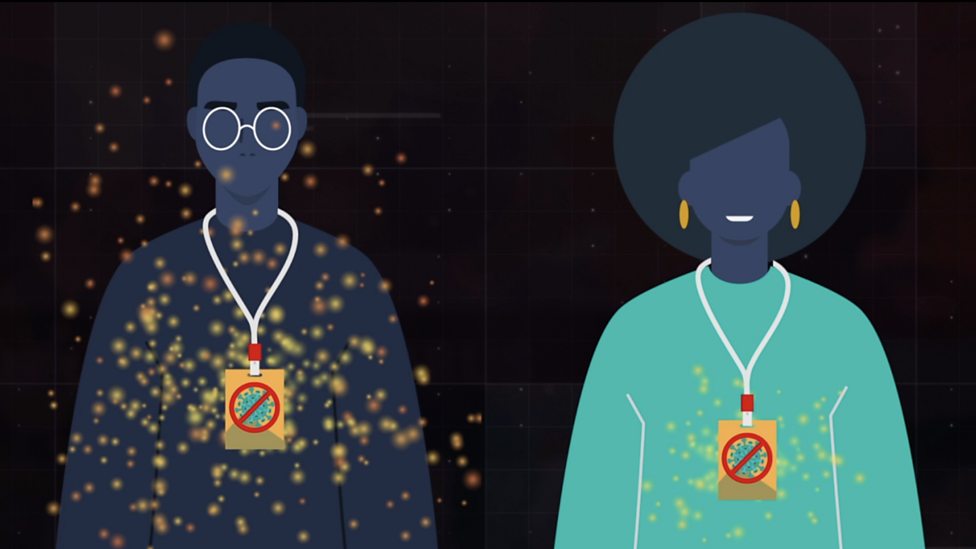 As scientists around the world race to find treatments and a vaccine for coronavirus, dozens of unproven cures are being promoted on and offline.

Politicians in Nigeria and Sudan, as well as other countries outside Africa, have been spotted wearing so-called "protective badges". They're being marketed as "virus blockers" or "virus stoppers" and are being sold around the world.

These badges claim to kill viruses and bacteria by releasing a type of bleaching agent, but experts say they do not work and could cause real harm. 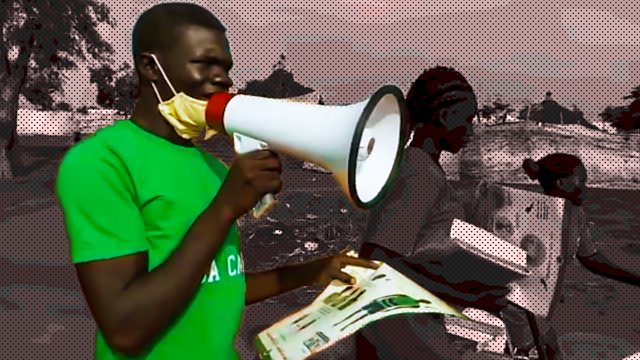 False beliefs about coronavirus are especially dangerous at South Sudan's Yida refugee camp, which is ill-equipped for any virus outbreak.

"They haven't even got the tools to take temperature," says Raga Gabreel, director of Green Kordofan Charity.

More than 46,000 people live in the Yida camp, most of them young people displaced by war in neighbouring Sudan.

But some of the young refugees are doing their best to fight the myths and accurately inform the camp's residents. 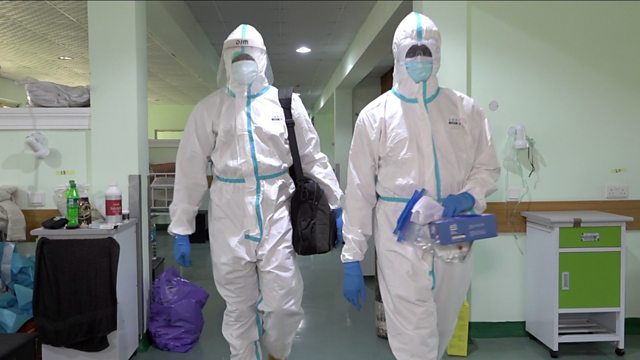 Cases of coronavirus are on the rise across Africa.

But in some countries, people don't believe the pandemic is real. 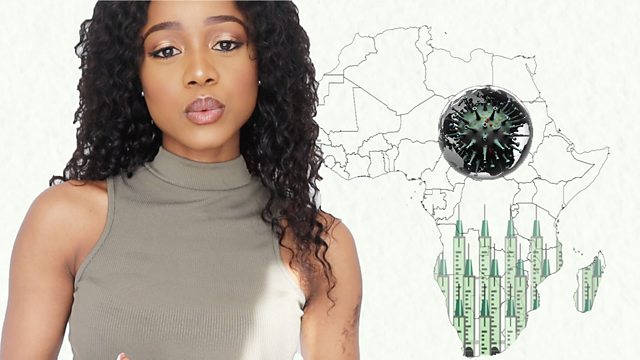 With the start of the first human vaccine trials in South Africa, Africa has now officially joined the race to find a Covid-19 vaccine.

The large-scale trial of the vaccine developed by Oxford University is being conducted in South Africa, the UK and Brazil.

Experts say a vaccine is the one thing that will help bring life back to normal, but trials have to take place in many different settings before there is one which is safe to use.

Scientists say that it is vital that Africans take part in these trials, arguing that not doing so could jeopardise efforts to find a vaccine that works worldwide - and not just for richer nations.

But critics cite a history of Western exploitation of Africa and unethical drug trials in the past as a reason not to participate.

BBC Africa's Joice Etutu reports on why vaccine trials in Africa are such a sensitive topic and whether things have changed. 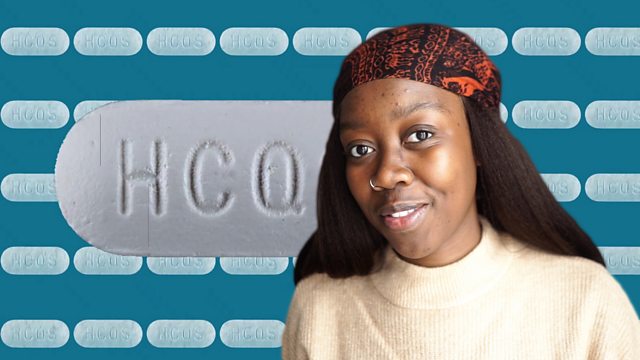 For months, hydroxychloroquine, has been at the centre of much interest as potential preventative measure and for treating patients with Covid-19.

The anti-malarial drug has been promoted by Brazil's President Jair Bolsonaro and his by his US counterpart Donald Trump who even took it himself for a while to ward off infection.

The ongoing interest in the drug has led shortages and rising prices which directly impacted those taking the drug already for autoimmune conditions like lupus and rheumatoid arthritis.

While recent large scale trials have shown that hydroxychloroquine is not effective as a treatment some countries have continued to promote its use within their healthcare systems.

With so many twist and turns, the question is where do we stand now with hydroxychloroquine? 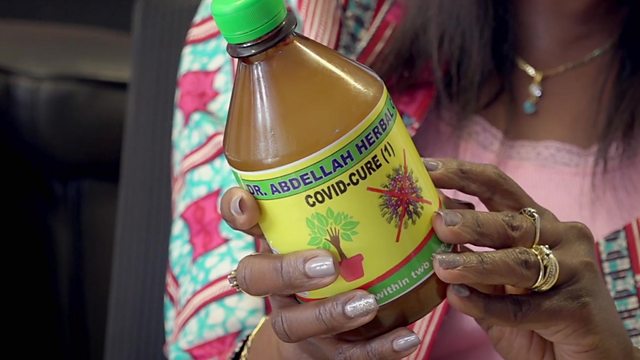 An underworld of quack doctors and conmen have been exploiting the coronavirus pandemic and making money selling fake coronavirus cures.

Investigative reporter Anas Aremeyaw Anas goes undercover in Ghana, exposing a Covid-19 scam said to be worth thousands of dollars. 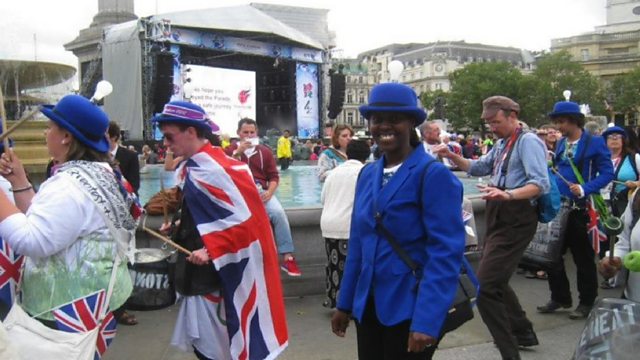 Elsie Kibue was in bed when her husband showed her a WhatsApp message he'd received from a friend.

It claimed to give information about the death of Uganda's fourth coronavirus victim, but the picture used in the post was of Elsie, a Kenyan woman living in London. 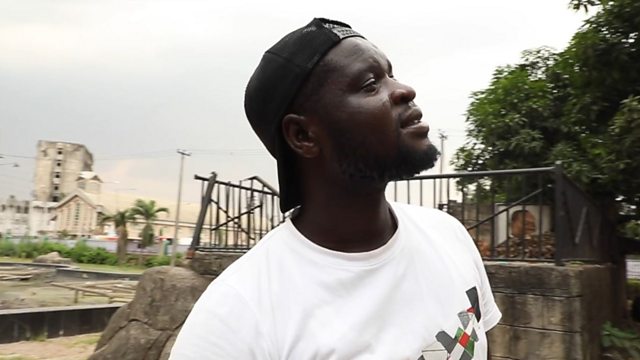 It claimed the taxi driver who had picked up the patient was demanding money not to spread the disease, sparking outrage among Nigerians.

The story was fake, but the impact on Jude Ikuenobe, the man whose photo was used in the post and who is an anti-trafficking campaigner, has been very real. He no longer feels safe going out alone and has received death threats.

His story is just one example of dozens of pieces of misinformation that have spread across Nigeria since the coronavirus outbreak.

None of our fact-checks match [[search-term]]
No results for the selected filter(s)
Show more Back to top
*A note on this partnership:
Some of the factchecks on this page are provided by the independent fact-checking organisation Africa Check Trust. All Africa Check factchecks will be clearly labelled "Factchecked by: Africa Check".
Credits
Produced by Olawale Malomo and Yemisi Adegoke. Edited by Hugo Williams. Design by Olaniyi Adebimpe and Sean Willmott. Development by Olawale Malomo and Purity Birir. Contributors: Sally Morales, Adam Allen, Peter Mwai, Aaron Akinyemi, Nkechi Ogbonna, Muthoni Muchiri, Jack Goodman, Joice Etutu and Jameisha Prescod.
Share our fact-check library
More on this story