Jerry Seinfeld, the comedian, once said: 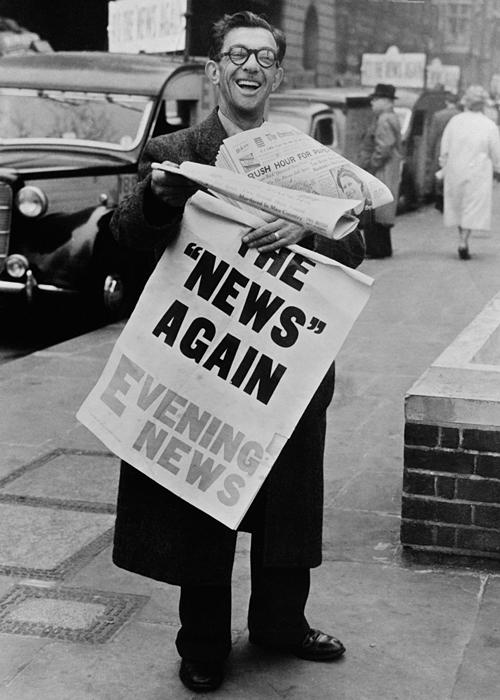 “It's amazing that the amount of news that happens in the world everyday always just exactly fits the newspaper.”

There is more information, more readily available, more immediately, in more formats, on more devices and to many hundreds of millions more people than ever before.

And it used to be said that freedom of the press is limited to those who own one.

Today, anyone with an internet connection and a Twitter account can make the news. If you choose, the powers that be are you.

So, how has the internet changed the news?

Infinitely for the better. For anyone interested in reporting the world - finding stories, telling stories, sharing stories - it’s all become so much more possible.

We are living at the most exciting time for journalism since the advent of television.

And the internet age has only just begun. By 2025, most people in the UK will likely get their television programmes over the internet. By 2030, possibly everyone will. The TV aerial will have gone the way of the typewriter.

A decade ago, people outnumbered connected devices by about 10 to one.

In the past year, mobile phones outnumbered people for the first time. By 2020, there will be roughly 10 connected devices for every human being on earth.

To be sure, technological change is uneven between different parts of the world, different age groups, different communities. But it is going to keep on coming.

If anything, it will accelerate.

The thrilling possibilities of change, though, can’t disguise the fact that change is disruptive - and difficult.

As Sir Charles Dunstone, the founder of Carphone Warehouse put it, the media world used to look like Zurich; it increasingly resembles Mumbai.

In this bustling environment, there is less news and more noise.

The internet has ripped a hole in the business model of many great news organisations.

And, as a result, vast swathes of modern life are increasingly unreported or under-reported.

Take the local press. As classified and local advertising has moved online, the regional press has suffered.

From the Rocky Mountain News in the US to the Reading Post in the UK, local newspapers have closed.

More than 5,000 editorial jobs were cut across the regional and national press in the UK in a decade.

And this thinning out of reporters is not happening evenly. Not at all.

As Andy Williams at Cardiff University’s School of Journalism has found, Media Wales - owned by Trinity Mirror - had around 700 editorial and production staff in 1999. By 2011 this had been reduced to 136.

The pattern holds globally as much as it does locally. The US media has better figures for this than the UK.

International reporters working for US newspapers declined 24% from 2003 to 2010. The amount of airtime network evening newscasts devoted to overseas reporting in 2013 was less than half of what it was in the late 1980s.

The most recent study of foreign reporting in the UK press was similar.

Others, such as Russia and Qatar, are investing in global news reporting. China Central Television received a nearly $7bn injection to expand global operations, increasing the potential reach of radio and satellite programming from 84m foreign households in 2009 to over 220m today.

A generational change in the way we consume the news is already well under way. 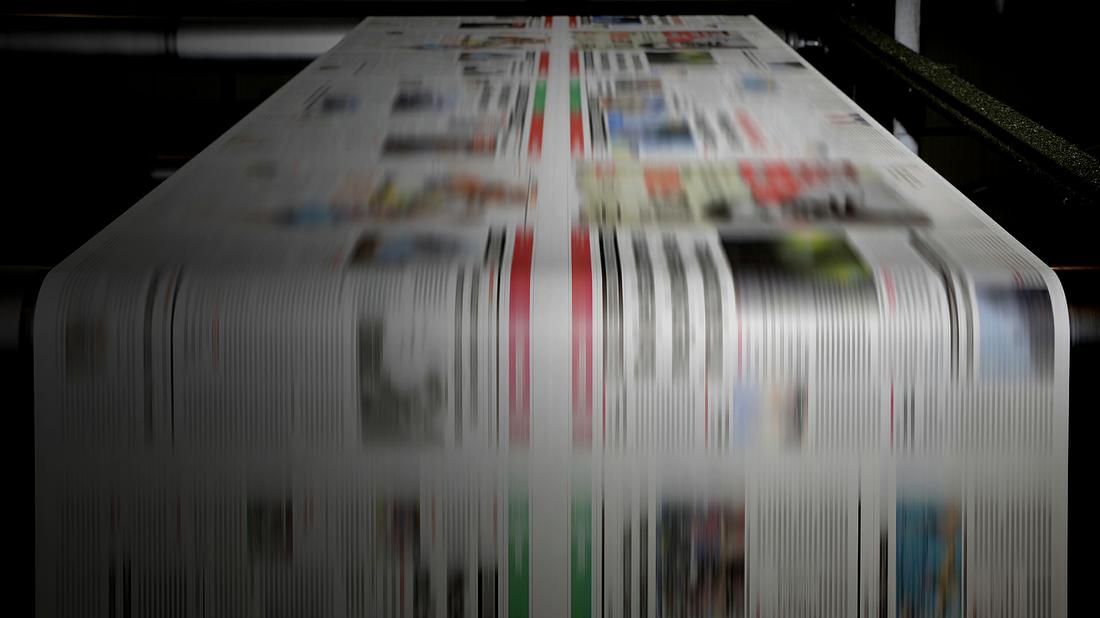 In Sweden, the average age of the nightly news bulletin audience on SVT - its public service broadcaster - is 66. 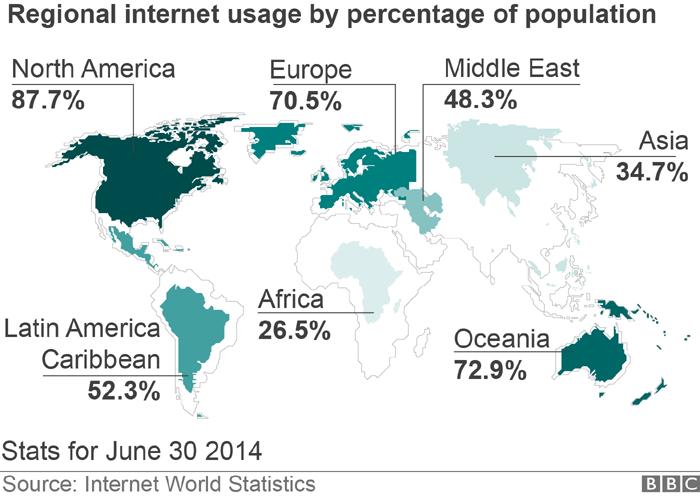 Meanwhile, a recent survey found that 26% of two-year-olds in Sweden are online at least once a day.

The outlines of this revolution are already clear in the UK. TV News in the UK reached 92% of over 55s every week on average last year and this has been stable over the past decade.

Who cares? People say access to the news has never been better.

The BBC ran a survey recently. 76% of people agreed that it’s easier than it’s ever been to know what’s going on in the world.

But the medium, as ever, shapes the message. Half a century ago, TV transformed the news. For millions of people, it brought it to life. But television news also put a premium on dramatic pictures, telegenic politicians and snappy soundbites.

The internet will also change the news. It’s already happening.

For example, 59% of UK online news users said they had glanced at the news headlines online in the past week, compared to 43% who said they had read longer stories online.

Emily Bell at the Tow Center for Digital Journalism has pointed out that the internet is not necessarily a neutral curator of the news.

Last year, an academic experiment looked at how Facebook had manipulated the news feed of 700,000 users for a week, to see how viewing different types of news might affect the users’ moods.

Happy posts made people more likely to be happy.

The internet is bypassing the professional reporter. Computers can do what journalists used to, namely compile the football results, produce travel news bulletins and write up company results stories.

The services that used to be essential parts of the news are increasingly automated and available separately online. 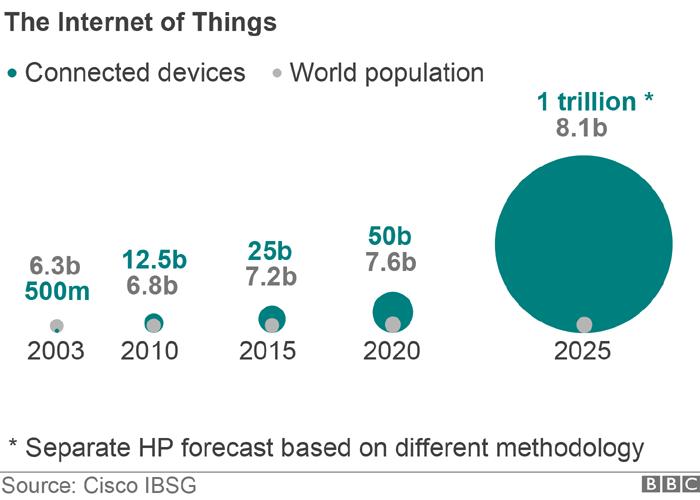 And people in power are finding they can speak directly to the public without needing to bother with a reporter’s pesky questions. The journalist’s competitor is no longer another journalist. Often, it’s the subject of the story.

Political parties, celebrities, corporations communicate directly with the public. An era of greater connectivity is not necessarily leading to more accountability.

It is an age of growing information inequality.

Millions of people are online, millions are not. The world is dividing into those who seek the news and a growing number who skim it.

Those searching, those who expect to be found, and those who don’t want to know.

There is ever more data, more opinion, more freedom of expression, but it’s harder to know what’s really going on.

Even though people say it's easier to get the news, people are increasingly unsure of the facts and unclear what they mean.

People’s knowledge of the key facts when it comes to public policy is astonishingly patchy, as shown by an October 2014 Ipsos MORI poll.

This is an uneven age. We see, in places, sagging enthusiasm for democracy, polarisation of opinion, disengagement from society and a crisis of citizenship.

These problems are not the fault of the news media. But journalism - particularly public service journalism - has a responsibility to address them.

The news industry can help determine the kind of connected society we are.

The future of BBC News?

Last year, the BBC set out to consider the Future of News over the decade to come.

We set out to look at the news industry as a whole, not just BBC News. We have drawn on ideas and views from people inside and outside the BBC. Here’s a tiny taste of what people said:

“If we invented the news tomorrow, it would not be a half hour report at 6 o'clock” (Caitlin Moran, author and columnist, The Times)

“The breaking of news is no longer solely going to be the domain of news organisations. What has to be, though, is that role of journalism. Because, in a world where everyone can report on news, there is a lot of noise.” (Alexis Ohanian, Reddit)

“It is just amazing how many different ways there are to get to people. This is brilliant. This makes my job more exciting and more interesting than ever.” (Robert Peston, BBC)

“The problem of how to distinguish good information from bad, that problem has been with us since we started communicating…. So even though we have a new technology where information comes to us instantly over the wires… the art and science of journalism is really important.” (Sir Tim Berners-Lee, World Wide Web Consortium)

“We should measure our success not on old mass media metrics of thousands of eyeballs that watched our message, but instead on the answer to the question, did our journalism help you meet your goals, improve your life and improve your community?” (Jeff Jarvis, journalism professor, blogger and writer)

You can often end up looking silly trying to forecast the future. This exercise is not about predicting the next decade, but preparing for it. 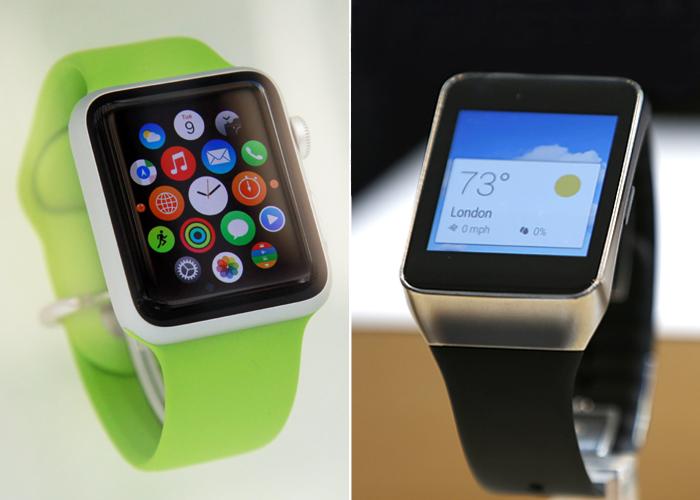 It’s also an effort conducted by journalists who know that, in the end, the future of news is the news.

Dissecting journalism can be like analysing a joke. It takes the fun out of it and misses the point. Whatever change is to come, our job remains to find out what’s really going on and report it.

We set out to look at news in three ways - technology, stories and people.

What will new devices, networks and platforms enable us to do?

How will news organisations report and tell stories and, what, indeed, will count as a story?

And, where and how will people live, in the UK and globally - what will they want and expect from their news?

In the internet age, the BBC is more necessary and valuable than ever. 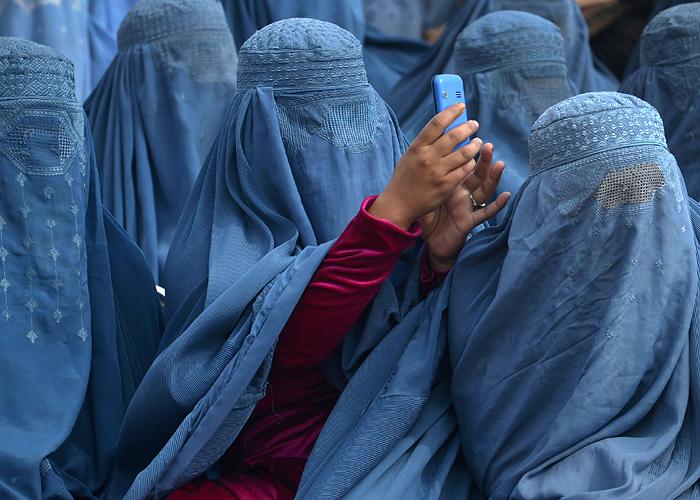 Woman in Afghanistan with her mobile phone

The internet is not keeping everyone informed, nor will it. It is, in fact, magnifying problems of information inequality, misinformation, polarisation and disengagement.

Our role, though, is to keep everyone informed.

To do this, BBC News is going to have to start thinking how it is going to deliver on its mission to inform beyond broadcasting.

Globally, it needs to make the most of the BBC’s unique reach in world news. Britain has a unique asset in the World Service - and the BBC needs to decide whether there should be a strategy for growth or managed marginalisation.

In the UK, devolution and the decline of the regional press are creating a real need for local news coverage.

The BBC is going to have to do more to provide local news that serves all parts of the UK.

And the BBC has always innovated in news.

The opportunities of the New Journalism are plain to see - in data journalism, personalised news services and activated audiences - and it’s time to do so again. 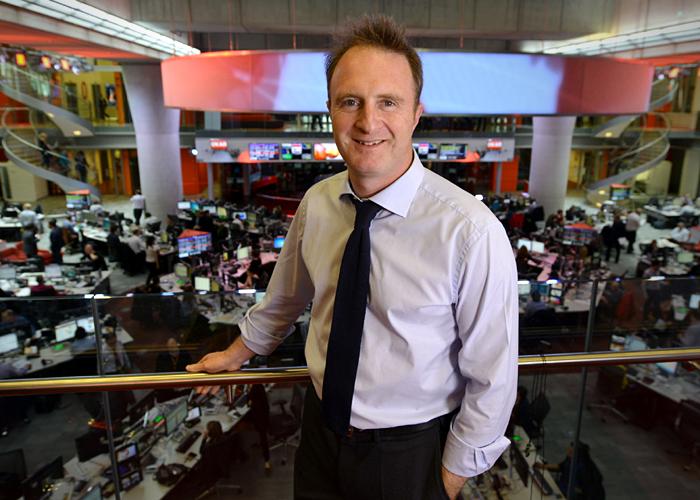 In the internet age, the BBC’s job is to be the place people come for the real story. What really matters. What’s really going on. What it really means.

To provide the real story, we have to be uncompromising about our journalistic values - accuracy, impartiality, diversity of opinion, fair treatment of people in the news and public service.

And we have to be clear about the way we work. We’re about quality, not quantity. Openness. Universality. And independence.

For, in a democracy, news is the essential public service. Government by the people cannot function without it.

Nobody has put this better than Thomas Jefferson. In 1787, he wrote:

“The basis of our governments being the opinion of the people, the very first object should be to keep that right; and were it left to me to decide whether we should have a government without newspapers or newspapers without a government, I should not hesitate a moment to prefer the latter. But I should mean that every man should receive those papers and be capable of reading them.”

The job of the news is to keep everyone informed - to enable us to be better citizens, equipped with what we need to know.

In the exciting, uneven and noisy internet age, the need for news - accurate and fair, insightful and independent - is greater than ever.

All images subject to copyright