Life and death in Syria

Five years into war, what is left of the country?

The war in Syria has raged for five years and claimed the lives of more than a quarter of a million people. Millions have fled the conflict, but nearly 18 million people still live in the war-torn country — so what is life like for them?

In many areas the threat of death or injury is a fact of life. Everyone in Syria will have known people who have died — but the exact number of those who are gone may never be known.

The Violations Documentation Center, a network of activists inside Syria, has worked to record the victims and the cause of their deaths. Below are some of the names of children the group has confirmed as having been killed in the civil war.

The three stages of Syria's war

Number of civilians killed, by month

What began as peaceful protests against the government in March 2011 turned violent after security forces used deadly force against civilians.

The bloodiest period of the conflict came in 2012, as the killing became more systematic and mortar attacks claimed a higher proportion of lives.

How many people are still in Syria?

The United Nations estimates that 17.9 million people still live in Syria — down from 24.5 million before the war broke out. More than 6 million of them are classed as internally displaced after being forced to flee their homes to look for somewhere safer to live.

But where do they live? Most provinces have seen a sharp decline in population and many of those that remain have fled the cities to seek shelter in the countryside.

Life goes on as normal in many parts of the capital, Damascus, but elsewhere millions struggle to get by. The UN says 13.5 million people are in need of humanitarian assistance, with 4.5 million of those in hard-to-reach and besieged areas like Deir al-Zour.

Five years of war has all but destroyed Syria's economy, with the total economic cost estimated at about $255bn (£180bn) by the Syrian Center for Policy Research.

With unemployment estimated to be running at over 50% (up from 14% in 2011), Syrian families face a daily struggle to make ends meet. Nearly 70% of the population are living in extreme poverty, unable to secure basic food and non-food items.

That struggle is made worse by the state of the farming industry in Syria. Once one of the country's biggest sectors, its production and distribution have been badly affected by the conflict and many regions now have high levels of food insecurity.

Food as a weapon of war

Food has increasingly been used as a weapon, with aid often diverted onto black markets or into government-approved areas. Reports of people starving to death have emerged from besieged areas like Eastern Ghouta, a rebel stronghold on the outskirts of Damascus.

With food production limited and food aid unreliable, getting hold of the essentials can be both difficult and extremely expensive in many areas of the country.

Bread, for example, is a key staple across the Arab world. Before the war, Syria's government subsidised it and other essential food items as part of the country's welfare system in return, it hoped, for the support of its people.

But after losing control of vast areas that produce wheat, those subsidies were reduced by the government and the price of bread has rocketed.

President Bashar al-Assad has sought to counter this by importing wheat from Ukraine and Russia, which has kept prices relatively stable in government-held areas like Damascus.

The price of food 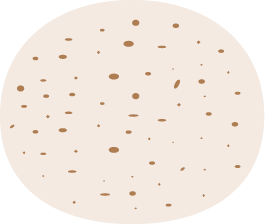 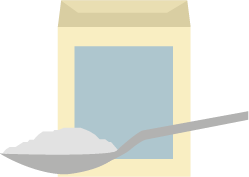 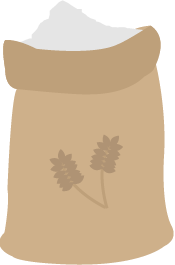 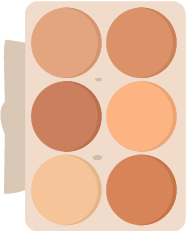 *The regime-held areas cited are Homs and Western Aleppo

Healthcare in a time of war

With so many people in Syria at risk of injury and illness, access to healthcare has become hugely important. Yet, as the war has gone on many of the country's medical facilities have been repeatedly attacked.

Between the start of the war in March 2011 and November 2015, Physicians for Human Rights documented 336 attacks on at least 240 medical facilities across the country. These attacks resulted in the deaths of 697 medical personnel.

The number of available health professionals has dwindled to approximately 55% of the pre-war period. Access to healthcare facilities by both health workers and those in need of medical attention has continually been hampered by insecurity.

Just finding a medical facility has become difficult, with more than 40% of the population unable to access basic health services. Of 113 public hospitals, 58% of them either partially functioning or completely out of service.

More than 50% of hospitals and health centres

are either partially functioning or completely out of service.

Educating the next generation

Thousands of children have been killed since 2011, but even for those that have survived, the outlook remains bleak.

As families have fled Syria for safer shores, the number of school-age children in the country has dwindled — there are a million fewer now than there were in 2010. And of those that are still there, more than 40% are no longer going to school.

Syria's education system has been shattered by the war, with one in four schools having been damaged or destroyed, used as a shelter, or converted into a military building.

Even if the schools were intact, many would be unable to open, with almost one quarter of the country's teaching personnel — some 52,500 teachers — no longer in their posts.