A new energy supplier for London, backed by the city’s mayor Sadiq Khan, has been launched.

London Power is the badge on a product provided by Octopus Energy, which is designed for the capital and claims to be low-cost and renewable.

Mark Todd, of comparison service Energyhelpline said it was competitively priced, but not quite the cheapest – ranked in the top 20 among the 200 to 300 tariff options available to Londoners.

Significantly, the supplier is not a London Assembly owned business. It is a deal struck between the Mayor and the energy company – similar to other tie-ups between suppliers and councils around the country.

That means taxpayers will not be required to fund the project, as has been seen in Nottingham, where the city council recently gave a loan of £9.5m to Robin Hood Energy, which it owns, to pay a bill from regulator Ofgem.

A British soldier has appeared in court accused of stabbing his mother to death with a kitchen knife.

He appeared at the Old Bailey today after being charged with her murder on Monday.

Mr Preddie, of Whetstone, north London, was remanded into custody. 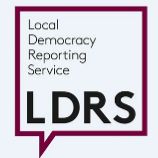 
A theatre company’s £2.4m plan to extend a community room into a communal garden at a 1930s block of council flats has been given the go-ahead.

Youth theatre company SPID Theatre (Social, Political, Innovative, Direct) plans to refurbish a ground floor community room and build another one, which will take up about 10% of the garden space at its base at Kensal House in Ladbroke Grove, in North Kensington.

Officers had recommended refusing the plan at the grade II listed building, stating the extension “would materially reduce the important amenity value of the communal”.

The scheme was opposed by 42 residents. After over an hour of hearing evidence from objectors and supporters, Kensington and Chelsea council’s planning committee approved the plans and gave listed building consent.

'This is more important than a maths lesson'