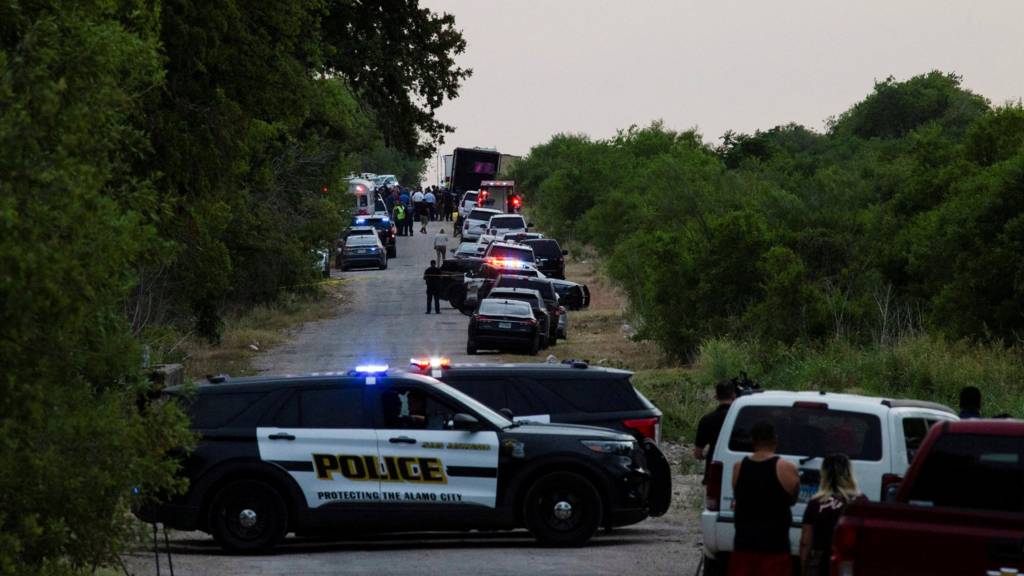 Migrants of Mexican, Honduran and Guatemalan origin were among 50 found dead in a truck in Texas.

What are Biden's challenges at the border?

There is a record influx of migrants at its southern border, prompting sharp criticism of US immigration policy.

At least 10,000 people are camped under the bridge at the US-Mexico border, in poor conditions.

Migrant numbers usually dip during the hot summer months, but July has continued an upward trend.