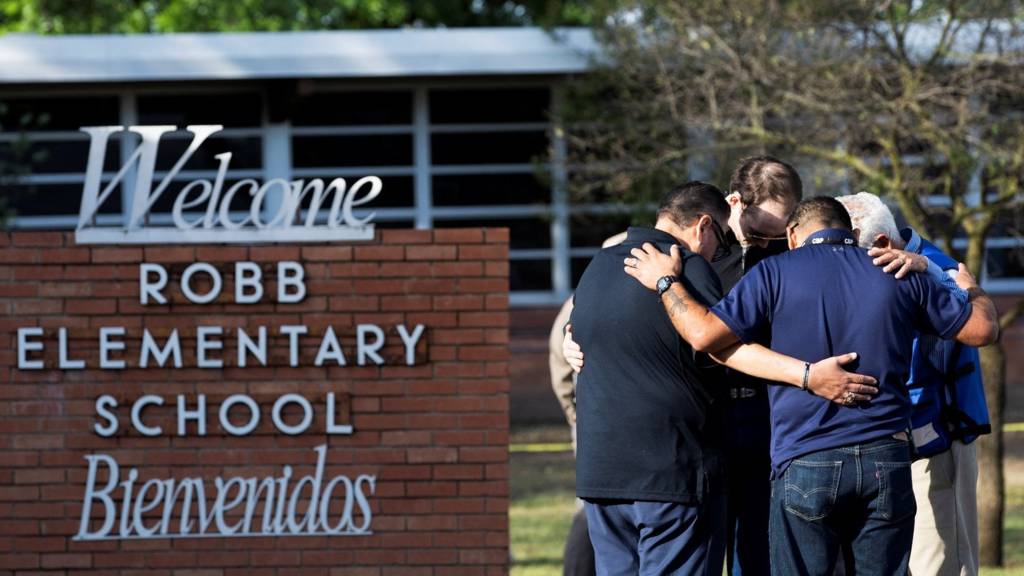 Nineteen children are shot dead by a teenage gunman, who is himself killed by law enforcement.

Texas victims: 'They were sweet kids and lovable'

Keen sports players, A students and dancers are among the children killed in Tuesday's shooting.

Stricter gun control in the US is unlikely despite the grief and anger, the BBC's Sarah Smith writes.

Uvalde: How a sunny school day ended in bloodshed

Eyewitnesses describe how a quiet Texan school became the site of one of the country's worst attacks.

'When are we going to stand up to the gun lobby?'

US President Joe Biden speaks after a mass shooting at a Texas school.

Charts explaining some of the key statistics behind gun ownership and attacks linked to guns in the US.

Why is US gun lobby group the NRA so powerful?

The National Rifle Association is the most powerful organisation in the divisive issue of US gun control.

Senator Chris Murphy delivered an emotional plea in the Senate following a school shooting in Texas.