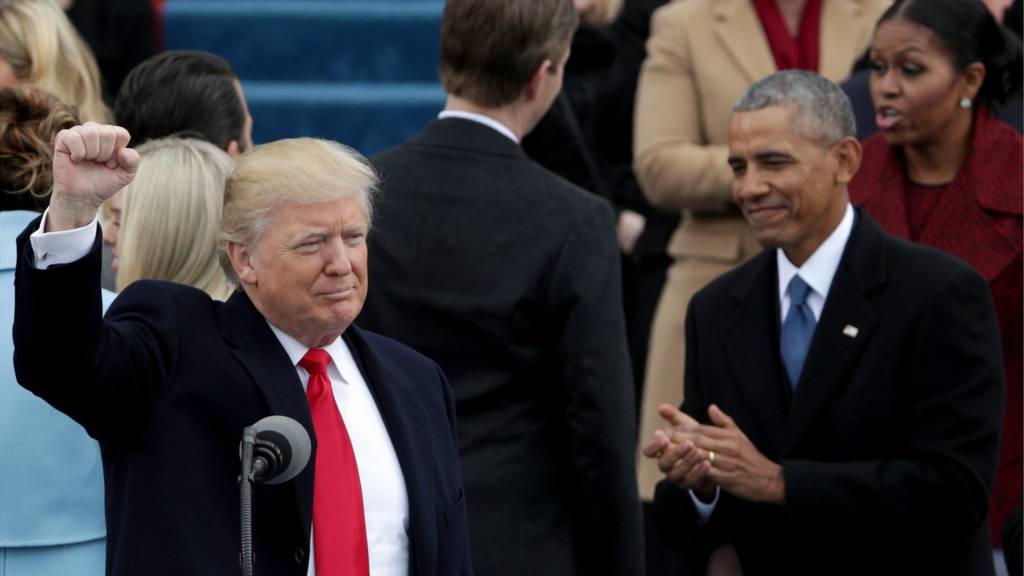 Hundreds of thousands have gathered to show their support - and to protest - as Donald Trump is inaugurated as US president.

Donald Trump says his administration is one of the greatest ever, but do the facts back that up?

Who's performing on big day?

Donald Trump has put together a star-studded line-up for his official inauguration celebrations.

During the election, the BBC's Rajini Vaidyanathan spoke to many Trump supporters on the campaign trail. Now she asks what their hopes are for the new administration.

The Democratic lawmakers who will not attend the president-elect's swearing in.

Trump's inauguration: Order of the day

The world watches as Mr Trump is sworn in as the 45th US president on 20 January.

Seeds of a Trump-Republican conflict

Whether by plan or accident, Donald Trump is undermining the Republican Party's legislative agenda.

Where Trump stands on key issues

From tax to health, to immigration to foreign policy, here is where US President Donald Trump stands on key issues.

Seven ways the world has changed under Trump

Seven ways Donald Trump's presidency has changed the US and its relationship with the world.