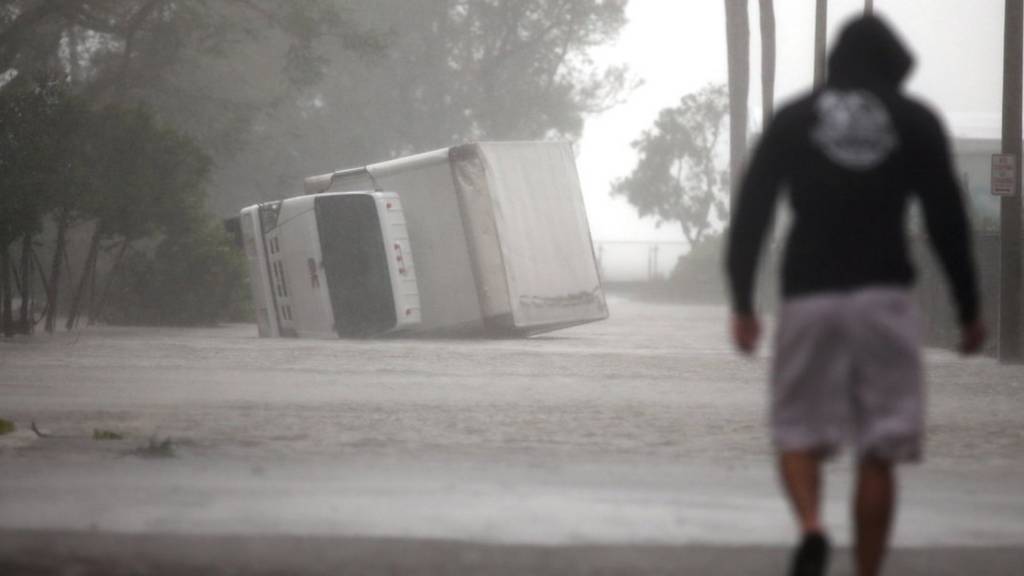 In pics - trail of destruction

The hurricane has killed at least 37 people in the region and left thousands homeless.

Satellite images and maps of Hurricane Irma, the most powerful Atlantic storm in a decade.

BBC correspondents report from the British Virgin Islands, which were ravaged by Hurricane Irma.

Miami, Fort Lauderdale, Naples and Hollywood are among the places Hurricane Irma has hit.

'My roof blew off - I lost everything'

A survivor describes how his home was ripped apart by hurricane winds as his family sheltered inside.

Irma v Andrew: Why this could be worse

Floridians still remember Hurricane Andrew and the devastation it caused in 1992.

The Caribbean island felt the force of Hurricane Irma, with houses destroyed along the north coast.

Amateur footage shows Key Largo, where the sea has been drawn away towards the hurricane's centre.

Being inside a hurricane

The Hurricane Hunters who fly into the eye of hurricanes.