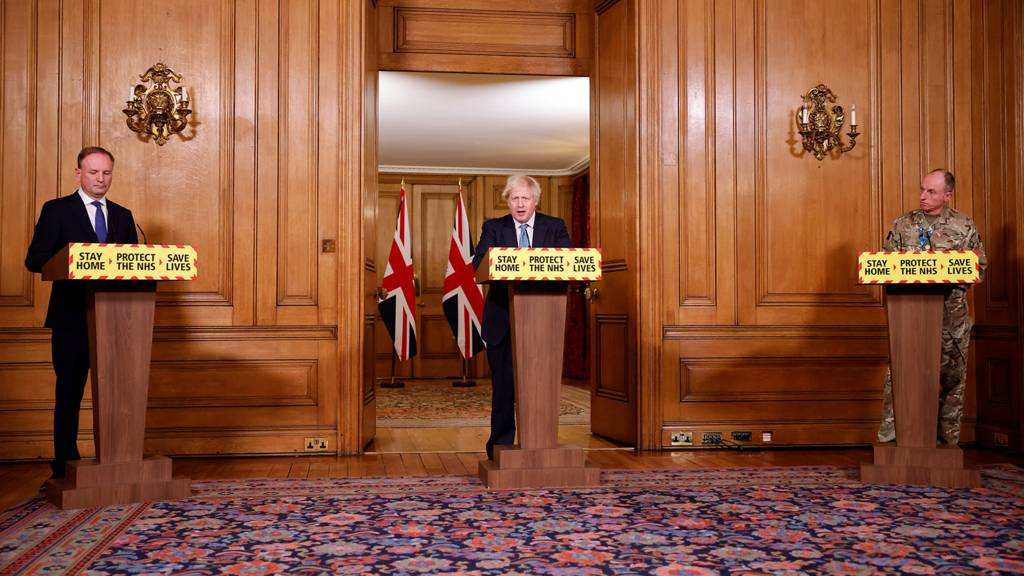 Seventeen million doses have been ordered by the UK and are expected to arrive in spring.

A record 68,053 cases are also reported as a third vaccine is approved for use in the UK.

Covid 'out of control in London', Sadiq Khan says

The mayor says in some parts of London 1 in 20 people has Covid-19, as he declares a "major incident".

Travellers to UK will need to show negative test

International travellers will have to take a Covid test up to 72 hours before departing.

Ambulance wait times in England 'off the scale'

Data leaked to BBC News shows a rise in the number of hours before patients are offloaded.

Covid cases 'up almost a third in week after Christmas'

Millions of vaccines in just five weeks - how could it work?

The Australian city begins a three-day lockdown after a cleaner contracted the UK virus variant.