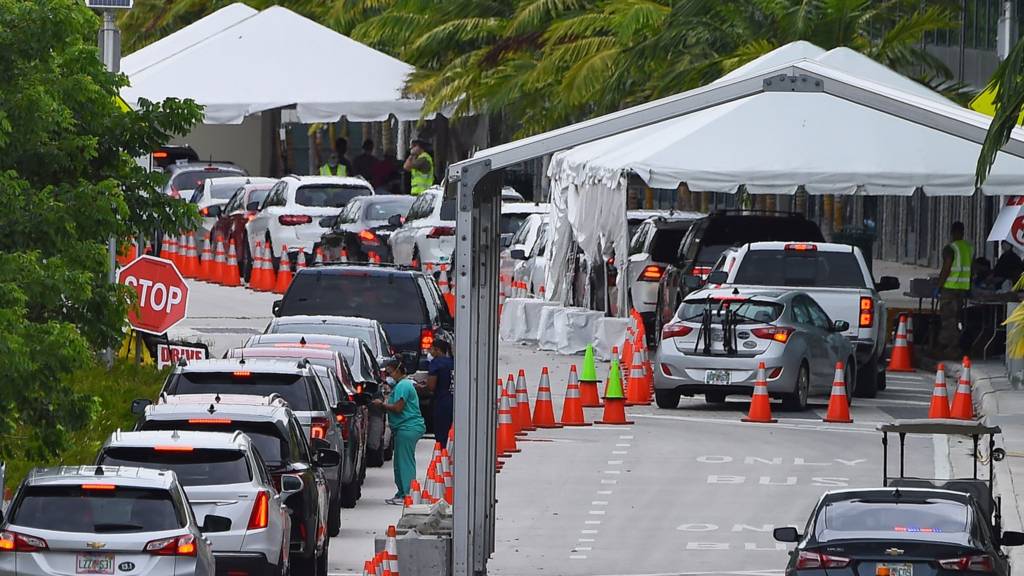 Customers in shops, banks and post offices are among those who will have to wear a face covering from Friday.

Officials are worried people are still not coming forward for testing when they are infected.

Boris Johnson visits Scotland as the SNP says he is worried about support for independence.

A committee says the economic reaction to Covid-19 was rushed and the impact could be long-term.

What are the other ways we could treat coronavirus?

Teams around the world are looking into medicines for Covid-19 and scientists are starting to discover what works.

My daughter's shielding - should she return to school? And other questions

We answer some of your questions about England's roadmap out of lockdown, and other Covid-related issues.

It joins a growing list of trade-reliant countries that have seen their economies slump.

The pandemic has forced education to move online, but many students are struggling to cope.