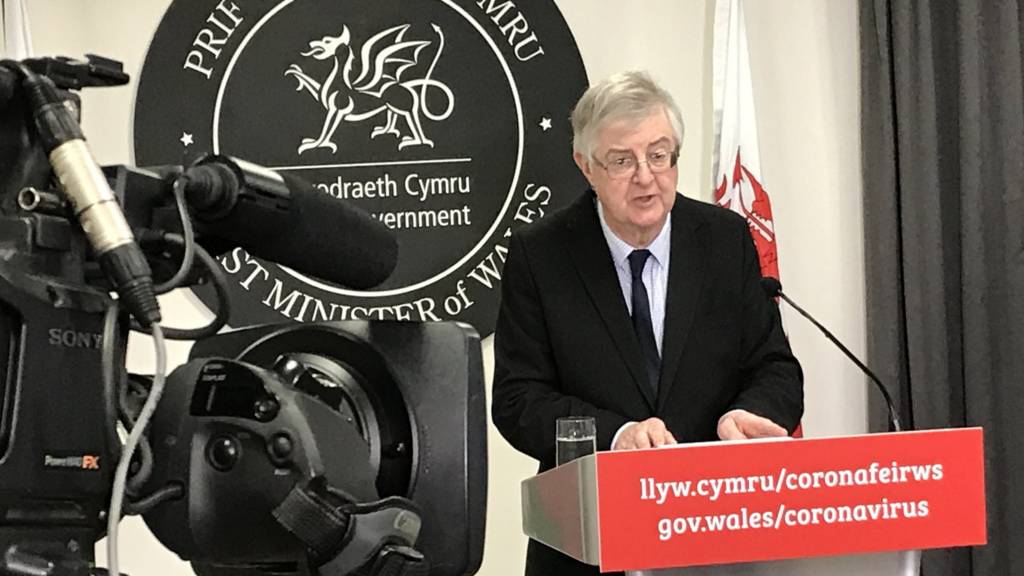 Wales first in UK to fully vaccinate 50% of people

Wales is fifth in the world for the percentage of people fully vaccinated, and first for first doses.

'Mask wearing law could go if all adults vaccinated'

Wales' first minister says wearing facemasks could be advice not legal if all adults jabbed.

Sixteen places - including Ibiza - will join the green list from Wednesday, but industry leaders want more.

The weekly case rate continues to rise and now stands at 81.1 but there are no further deaths.

What are Wales' lockdown rules?

Fans have been photographed hugging and shouting at some venues.

Labour's Sean Morgan tendered his resignation after "jetting off to Spain".

Supporters are refused entry into the Netherlands ahead of Saturday's Euro 2020 tie against Denmark.

One charity manager says it would be "wondrous" if Cardiff Bay and Westminster worked together.

How many people have been vaccinated in Wales?

The Covid vaccine programme is turning to spring boosters for the vulnerable, while 28,018 young children receive a first jab.

Figuring out the stats on coronavirus in Wales

What is happening in your area - and what are the figures telling us?