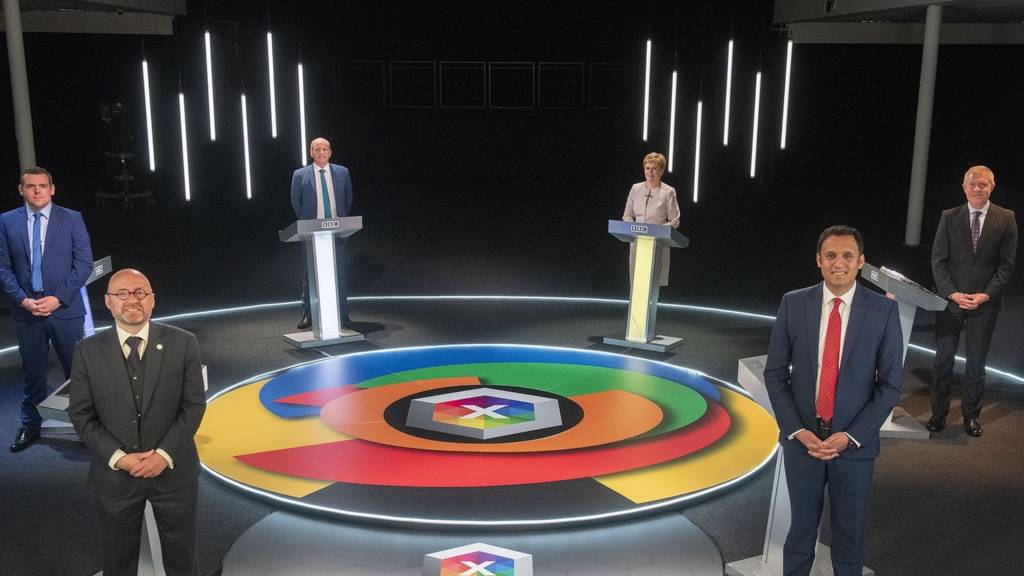 The leaders of Scotland's five larger political parties will take part in the BBC Scotland debate.

Five questions for the election candidates

The issues to be decided at this election range from rebuilding the economy to the future make-up of the country.

A really simple guide to the Scottish election

Everything you need to know ahead of the Scottish Parliament election result.

The intense battle for every vote in Scotland

Polling expert Professor John Curtice looks at the issues that will decide the Scottish Parliament election on 6 May.

Podlitical: End of term at Holyrood