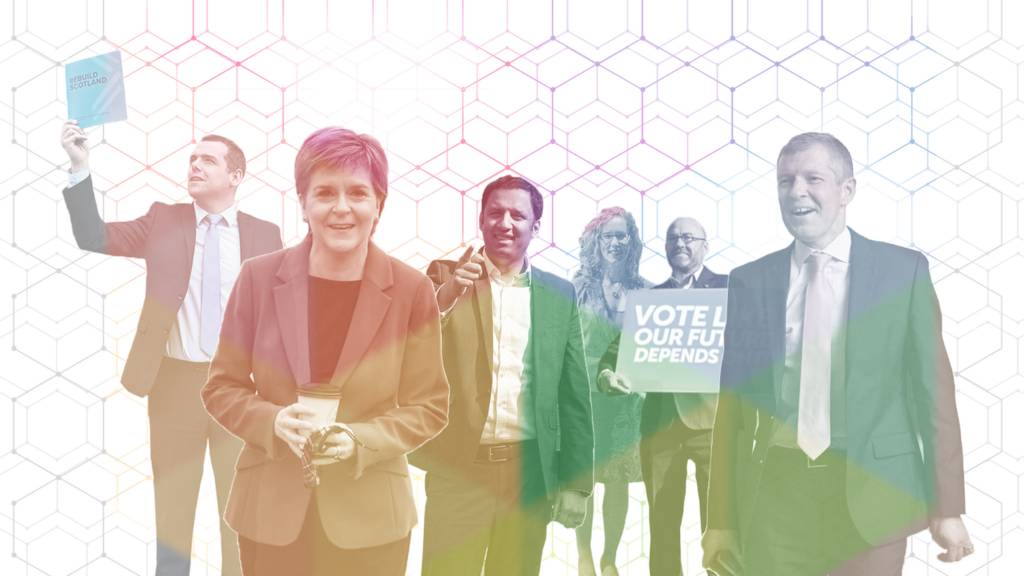 Scotland's party leaders have clashed for the final time in the Holyrood campaign - what did we learn?

Prof Sir John Curtice looks at where the parties stand in polling ahead of the Scottish Parliament election.

The BBC’s Connor Gillies talks through how your vote counts in the Holyrood election on 6 May.

Thanks for your interest in our Scotland Election alerts.

A really simple guide to the Scottish election

Everything you need to know ahead of the Scottish Parliament election result.

The party has launched its election manifesto. What are its most eye-catching promises?

BBC Scotland correspondents analyse the pledges in the election manifesto of the Scottish Green Party.

The Scottish Labour Party's election manifesto has been launched. What are its most eye-catching promises?

The Scottish Lib Dems' election manifesto has been launched. What are its most eye-catching promises?

BBC Scotland correspondents analyse the pledges in the election manifesto of the SNP.