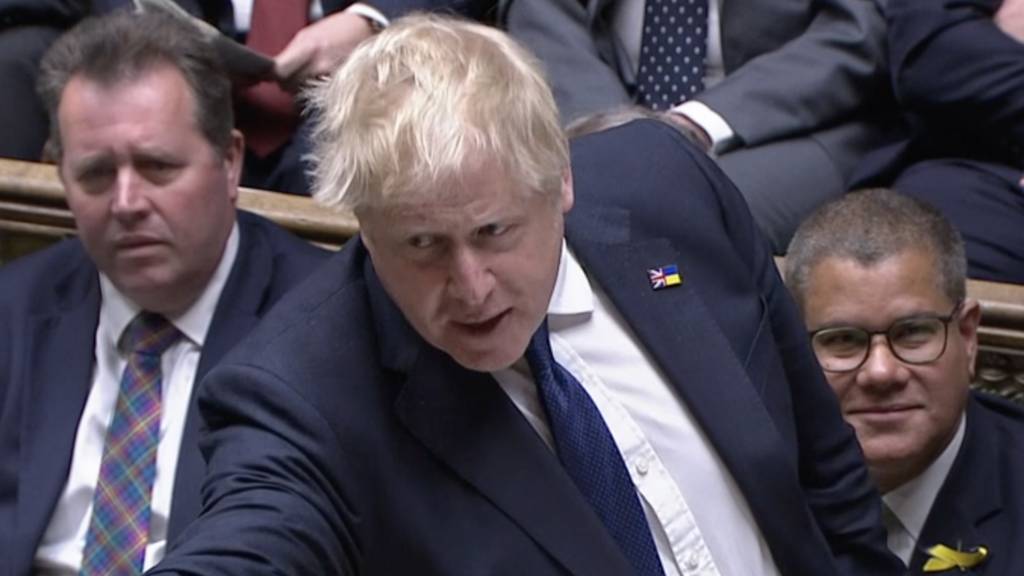 PM sorry for party as Labour calls apology a joke

Most Tory MPs rallied behind Boris Johnson, but one senior backbencher called on the leader to quit.

Challenge for PM to move past party row - minister

Boris Johnson shores up support from his own MPs after apologising for breaking Covid laws.

Sir Keir Starmer demands an apology over comments Boris Johnson made to a private meeting of Tory MPs.

How many fines have there been over Partygate?

The police inquiry is separate to the investigation carried out by civil servant Sue Gray.

What has the PM said before about No 10 parties?

No easy return for PM after Easter break

Boris Johnson is expected to face questions from MPs on Tuesday after being fined for breaching Covid rules.

Boris Johnson has been fined for attending a birthday party, thrown for him during a Covid lockdown.

Transport Secretary Grant Shapps says he feels the same anger as the public about lockdown parties in Downing Street.

Minister quits over Covid law-breaking at No 10