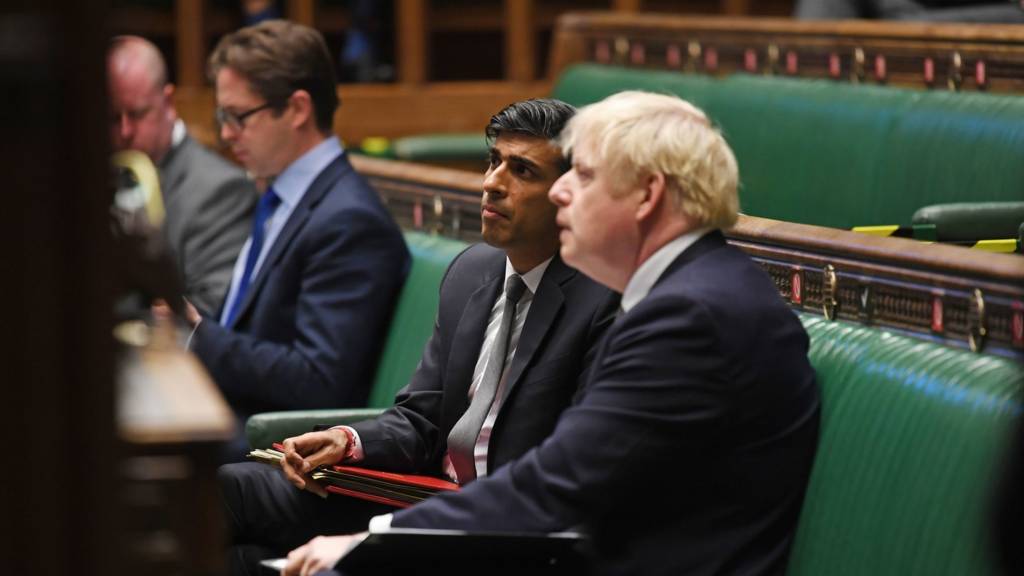 Johnson and Sunak reject calls to resign over fines

The PM and chancellor apologise for attending a party in lockdown, but pledge to stay in post.

Jackie Green's mother died in December 2020, the same day as one of the alleged Downing Street parties.

PM must resign over lawbreaking at No 10 - Starmer

Scottish Tory leader says PM should not be removed

Douglas Ross says it would be wrong to destabilise the UK government while the war in Ukraine is ongoing.

Fines over No 10 event on Philip's funeral eve

Police issue fixed penalty notices to some people who attended a gathering on 16 April 2021, sources say.

A timeline of the lockdown parties

The police investigation into Partygate has finished, with more than 100 fines having been issued. But what do we know about the events?