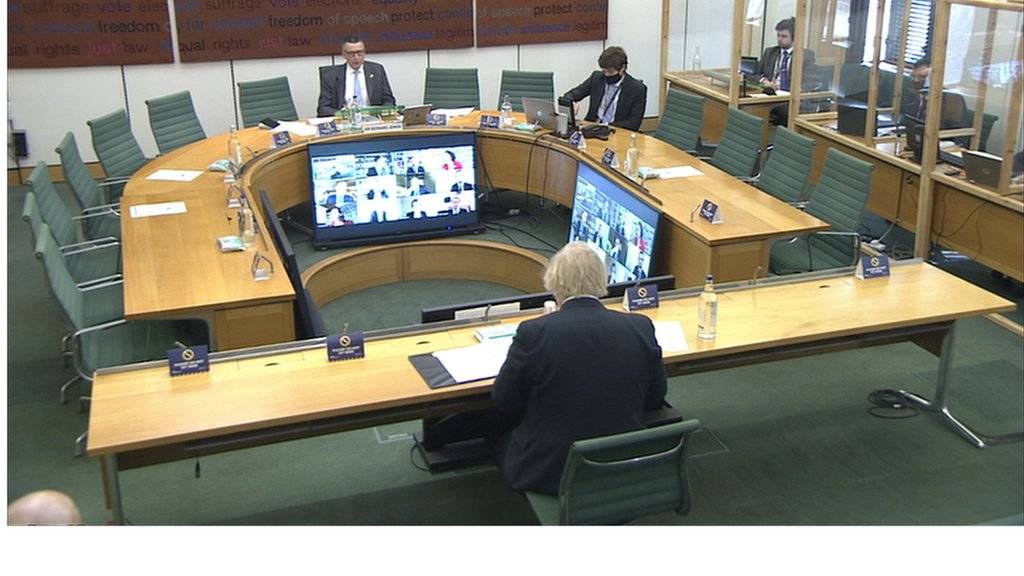 But Boris Johnson immediately retracts the comments made during a Zoom meeting with Tory MPs.

But Boris Johnson's remarks on "greed" and "capitalism" were accidental, MPs say.

It is due to come into force in England next week as some other lockdown restrictions are eased.

Fourteen people are arrested at another demonstration in Bristol over new police bill.

The number of workers on UK company payrolls climbed by 200,000 in the three months to February.

MPs overturn an attempt by peers to pass the cost of fire prevention measures on to developers.

PM: Covid third wave will 'wash up on our shores'

Boris Johnson says the UK will "feel effects" of growing case numbers in Europe amid a row over vaccines.

The hubs in Edinburgh, Cardiff, Belfast and Darlington will aim to provide local firms with advice.

Deaths below average for first time since summer

The decline suggests the winter wave of coronavirus deaths has ended, experts say.

'Alone is ok, but being lonely - it hurts'

A report by MPs and peers is calling on ministers to reconnect communities and combat loneliness after coronavirus.

Supporters and critics assess Sir Keir's leadership, against a backdrop of the Covid crisis and party wrangles.

The forgotten referendum of 2011

Why the referendum everyone's forgotten shaped the last decade of our lives.

UK holidays: What are the rules?

Going abroad is not straightforward, so many people are opting to stay in the UK for their holidays.

What now for Liverpool City Council?