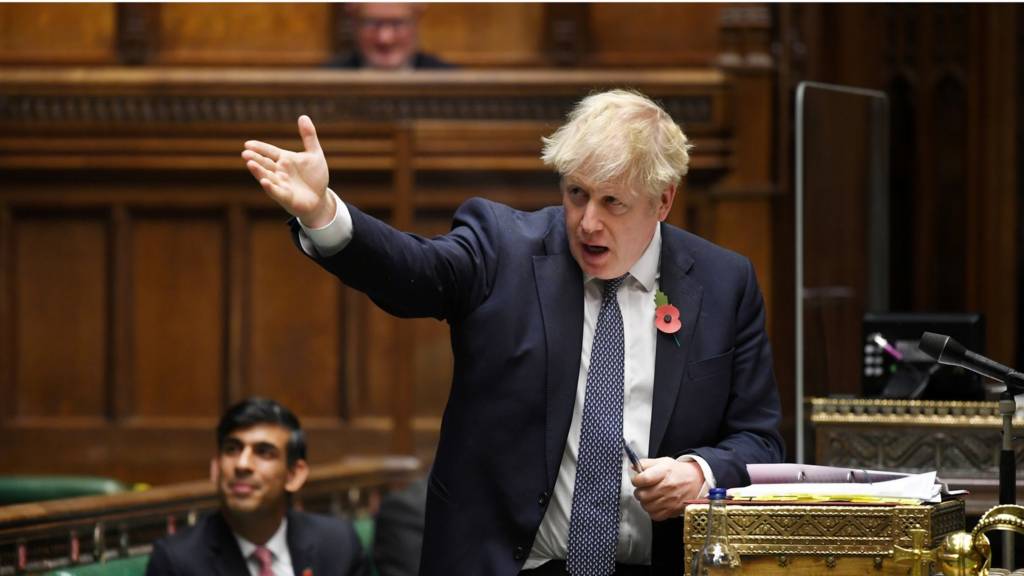 They are being asked to travel in the seven days after the national lockdown in England ends.

Health inequalities have led to Covid-19 taking a "devastating grip" on the north, a report says.

Kate Bingham is stepping down as chair of the UK's Vaccine Taskforce in December.

The way towns in England were selected for a cash boost was "not impartial", a spending watchdog says.

How does the Pfizer vaccine work?

Millions in the UK have now received the Pfizer Covid-19 jab, the first vaccine to be approved.

The vaccine is a "significant step" forward for getting life back to normal, but challenges remain.

PM plays the pessimist over vaccine

Boris Johnson and the Deputy Chief Medical Officer, Jonathan Van-Tam, seemed for once to have swapped roles.