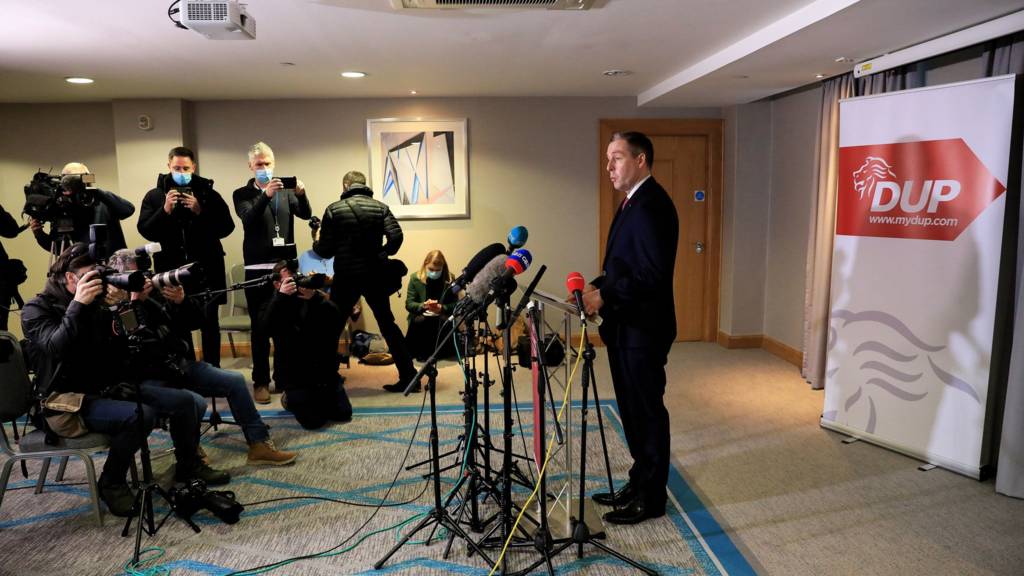 The move is part of the Democratic Unionist Party's protest against the Northern Ireland Protocol.

The Lagan Valley assembly member will replace Arlene Foster, who was ousted as DUP leader in April.

How will Paul Givan handle the top job?

He entered politics as a part-time assistant in Edwin Poots' office - now he will be first minister.

DUP may quit Stormont 'within weeks' over protocol

Sir Jeffrey Donaldson says he cannot guarantee if Paul Givan will be first minister next week.