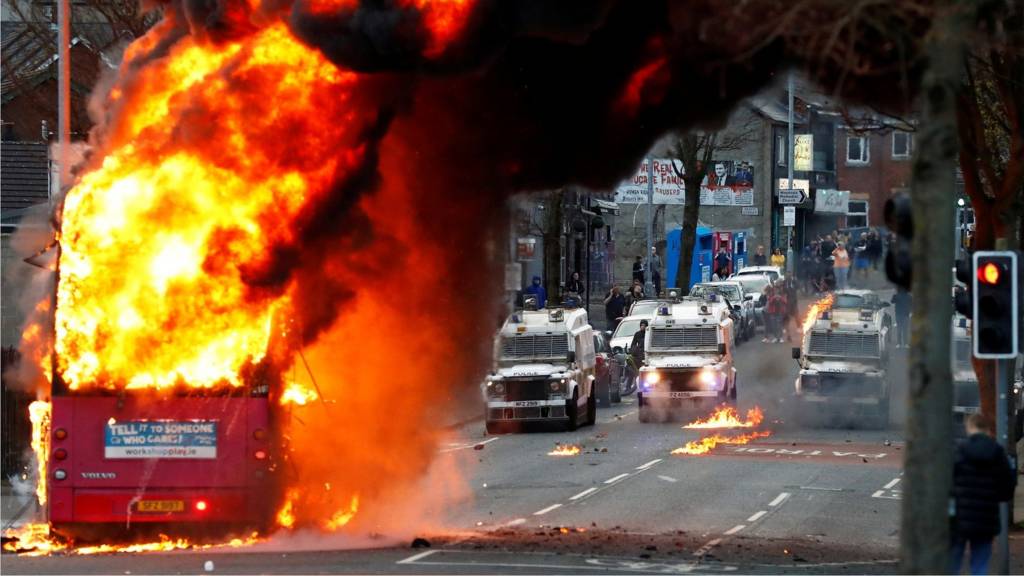 What is behind the violence in Northern Ireland?

Brexit, paramilitaries and the fallout from an IRA man's funeral lie behind rising loyalist tension.

Police were attacked and petrol bombs thrown in the latest disorder close to a Belfast peaceline.

Dialogue needed with police 'at all levels'

The Policing Board chair calls for a redoubling of efforts to calm loyalist tensions, after recent violence.

NI assembly to be recalled over loyalist violence

Politicians are united in calling for the violence to end, but are divided over why it has erupted.