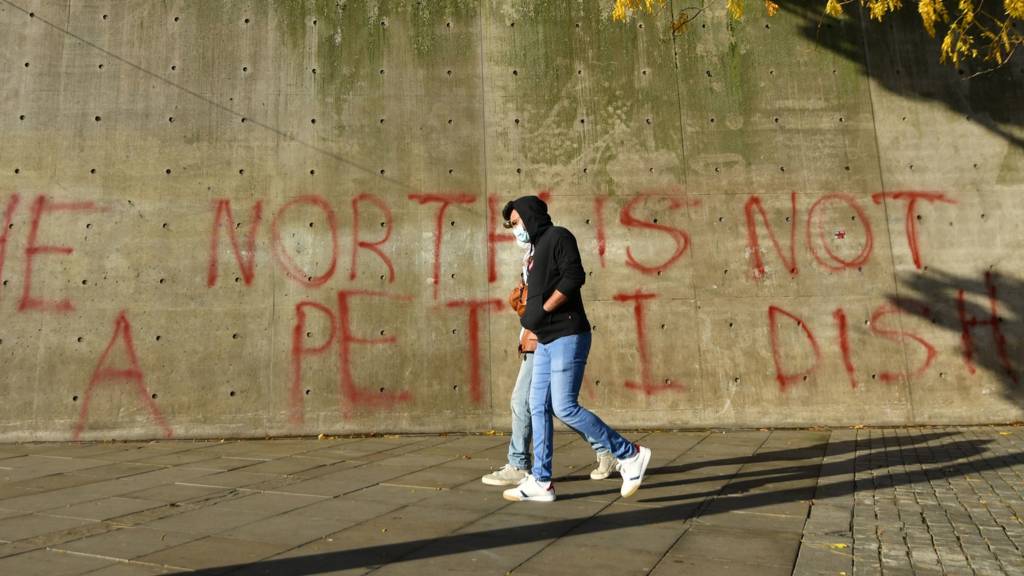 Tier 3 rules to be imposed on Greater Manchester

Boris Johnson says he "regrets" a deal over financial support could not be reached with local leaders.

Business owners express frustration and upset as they warn of a tough winter under new Covid rules.

'Winter of hardship' for Manchester without aid

Tier three measures are expected to be imposed on the region as a result, the BBC understands.

If agreement on new restrictions is not reached, the PM could impose tier three rules.

The ex-New Labour minister has found political influence outside Westminster.

Yasmin Qureshi says she started to feel unwell about two weeks ago and immediately self-isolated.

Why does the divergence between science and politics appear to be wider than it has ever been?