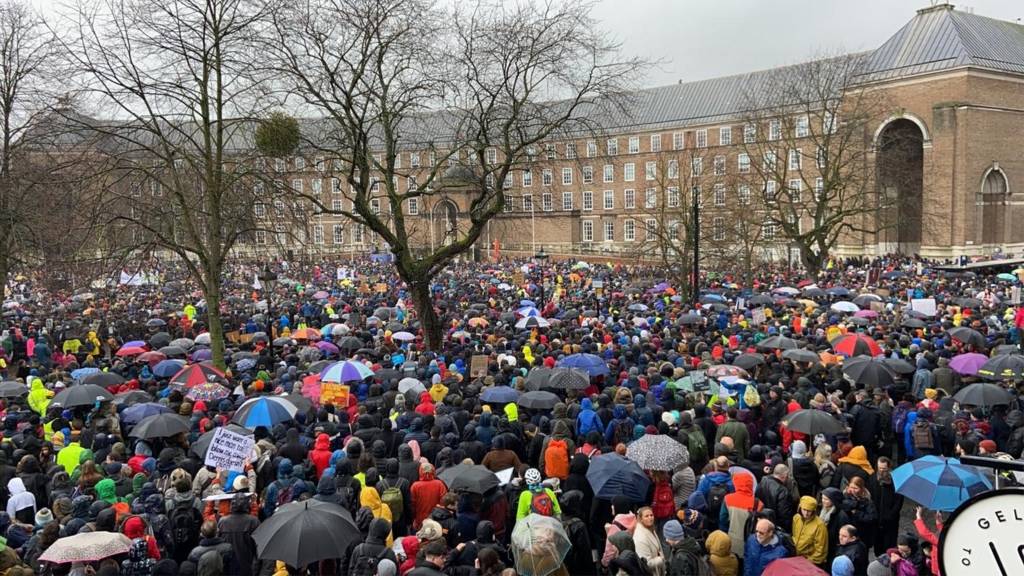 Thousands turn out for Greta in Bristol

The Swedish teen environmental campaigner rallies protesters ahead of a march through the city.

The teenage activist was welcomed by some 15,000 people at the event in Bristol.

The organisers of the Swedish environmentalist's visit to Bristol say they "won't be patronised".

Who is Greta Thunberg and what are her aims?

The Swedish teenager started a climate change protest that grew into a global movement.