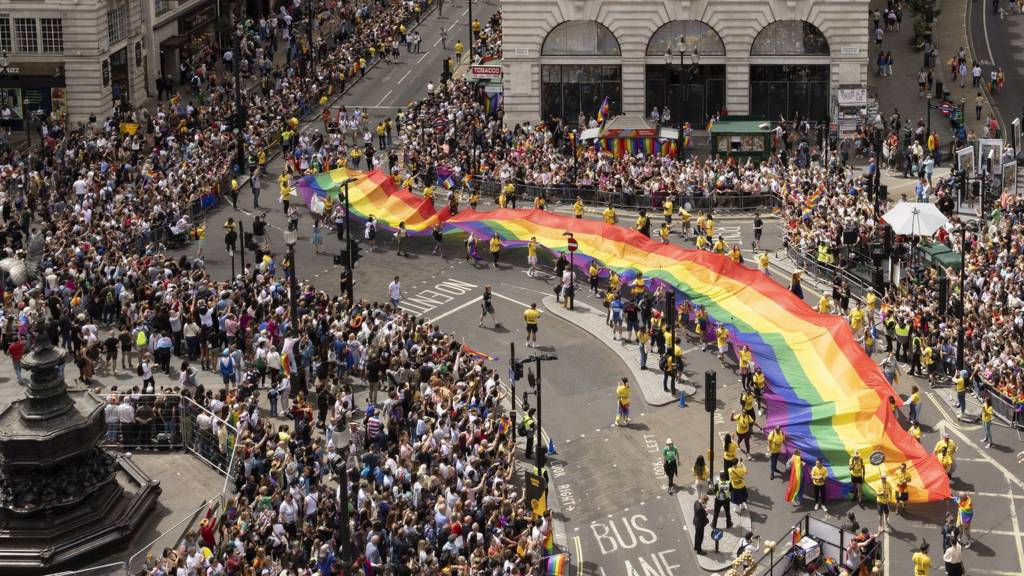 Uniformed police told not to march at London Pride

Organisers say there are real concerns within the LGBTQ+ community about "police homophobia".

Andrew attended the first Pride in 1972, whereas Kelvin will be attending for the first time this year.

London Pride: From protest to party and back again

How Pride has evolved over 50 years from a vigil held by 150 people to the massive event of today.

'I designed the Intersex-Inclusive Pride flag'

One hundred of Valentino Vecchietti's flags are hanging above Regent Street to mark 50 years of Pride.

Pride at 50: 'There was a sense of naughtiness'

The ripple effects of the Gay Liberation Front's 1972 march are still being felt.

Pride: Stay at home if you have monkeypox symptoms