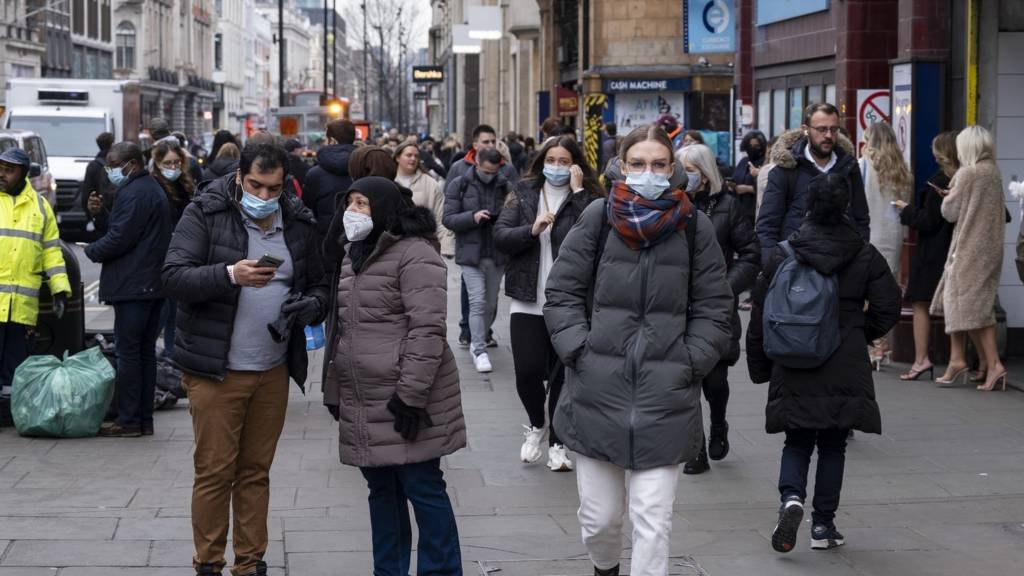 Face mask rules and Covid passes to end in England

Working from home guidance is also ending as England reverts to "Plan A", Boris Johnson says.

Care home restrictions to be eased in England

From Monday, there will be no limit on visits to care homes and self-isolation periods will be cut.

John Lewis, Waitrose and Morrisons will also ask customers to keep wearing masks in their shops when Plan B rules end.

Why has Sue Gray's report not appeared yet?

Political correspondent Iain Watson looks at what the long-anticipated report is likely to find when it appears.

Some small business owners had raised concerns about enforcing mask-wearing.

NHS staff explain why they have chosen not to have a Covid vaccine as the mandatory deadline looms.

The exhibition features the work of care home residents and people who have been shielding.