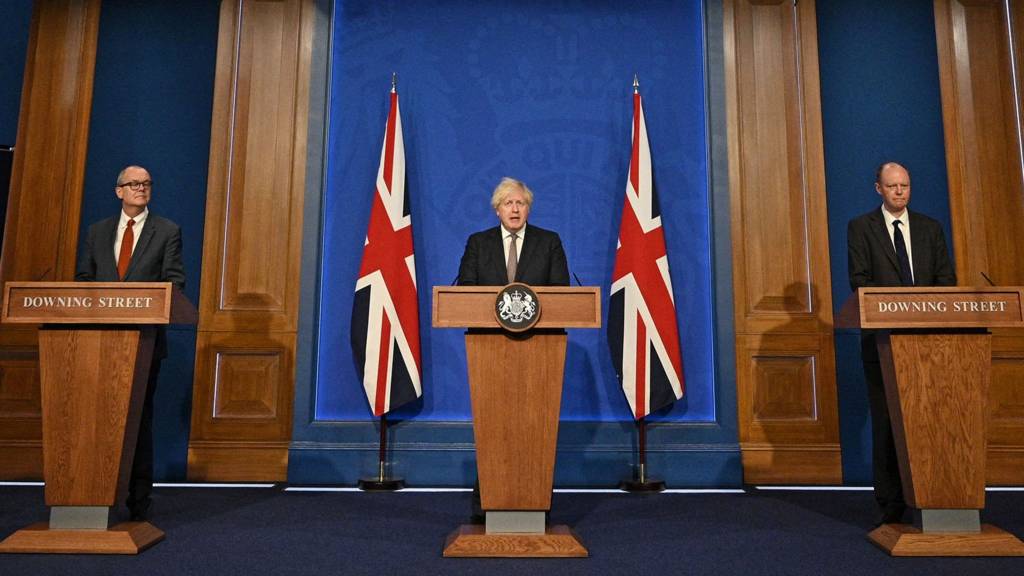 Most Covid rules set to end in England, says PM

Boris Johnson says the success of the vaccine means England can begin to look beyond restrictions.

Could Covid restrictions return this winter?

The Westminster and Cardiff governments have set out their plans to deal with Covid this winter.

Bank of England asks staff to come in once a week

Many firms are still not asking staff to return to the office despite restrictions set to end on 19 July.

Capacity crowds to return to sport from 19 July

Capacity crowds are set to return to sport events in England from 19 July without the legal requirement of vaccine passports.

Kensington Palace says the Duchess of Cambridge is not experiencing any coronavirus symptoms.

The West End hit is suspended until 14 July after a member of its crew tests positive for Covid-19.

It is expected that wearing face masks will soon become a "personal responsibility" in England.

Face coverings could become a legal requirement in England again if the NHS struggles this winter.

A lack of "natural immunity" in the population is contributing to the rise in cases, officials say.

Where do people still need to socially distance?

Social distancing rules are changing across the UK.

A train operator says it is not always possible to enforce Covid rules during busy times.

'No reason not to get Covid vaccine'

What is the EU vaccine 'passport' and can I use it?

An EU vaccine "passport" is being introduced, enabling holders to prove they have been jabbed.

The UK's vaccine committee says winter could see spikes in flu and Covid, putting pressure on the NHS.

The government has asked producers to prioritise medical oxygen as hospitals struggle to cope.