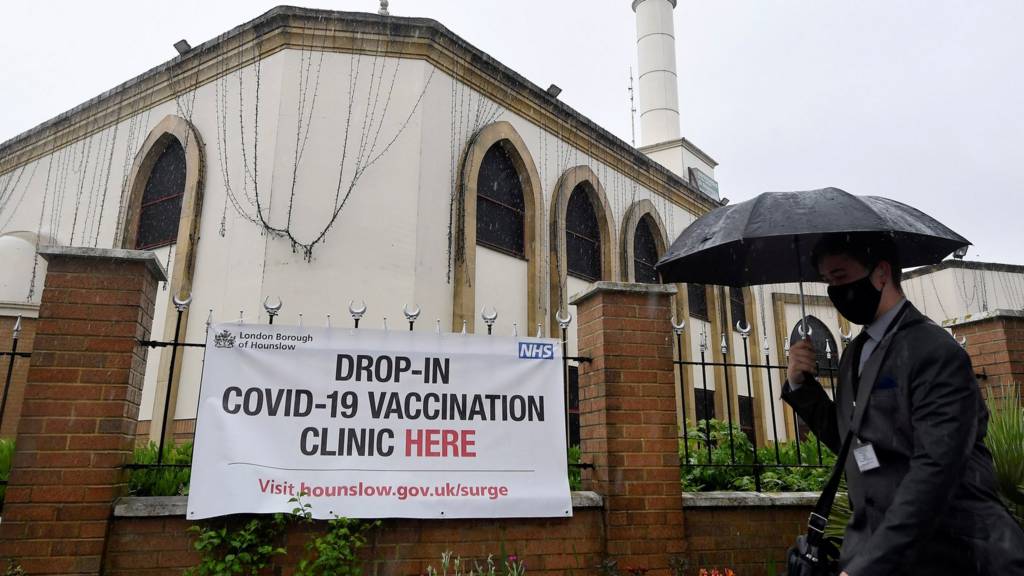 All adults able to book Covid jab in England

People aged 18 and over are being invited to make an appointment for their first vaccination.

First minister says Wales' rates may be a few weeks behind England as he delays easing lockdown.

Disruption to surgery 'will affect millions'

There were 1.5 million fewer procedures in 2020 than expected, a study in England and Wales suggests.

The risk of cancellation amid the extended Covid restrictions is too great, organisers decided.

The latest four-week delay to unlocking restrictions has pushed an additional 5,000 gigs into doubt.

The places that were best at keeping Covid at bay are now struggling with their exit strategies.

How late can pubs and bars open for England's Euro final?

Wembley will host 60,000 fans at the final, but millions will be watching on TV at home and in pubs.

Uefa has 'contingency' for Wembley games

Uefa is "confident" the semi-finals and final of Euro 2020 will be held at Wembley but has a contingency amid concerns around England's coronavirus restrictions.

Despite being one of the first countries to develop a jab, Covid cases are sharply rising in Russia.

Who will get a Covid booster this autumn?

It has been confirmed that everyone aged 50 and over in the UK will be offered another Covid booster.

When will all wedding restrictions be lifted?

Restrictions on weddings are continuing to ease across the UK, so how can you now celebrate?

What will pubs, cafes and gigs be like from 19 July?

Near-normal service should resume in pubs and restaurants in England and Scotland from 19 July.