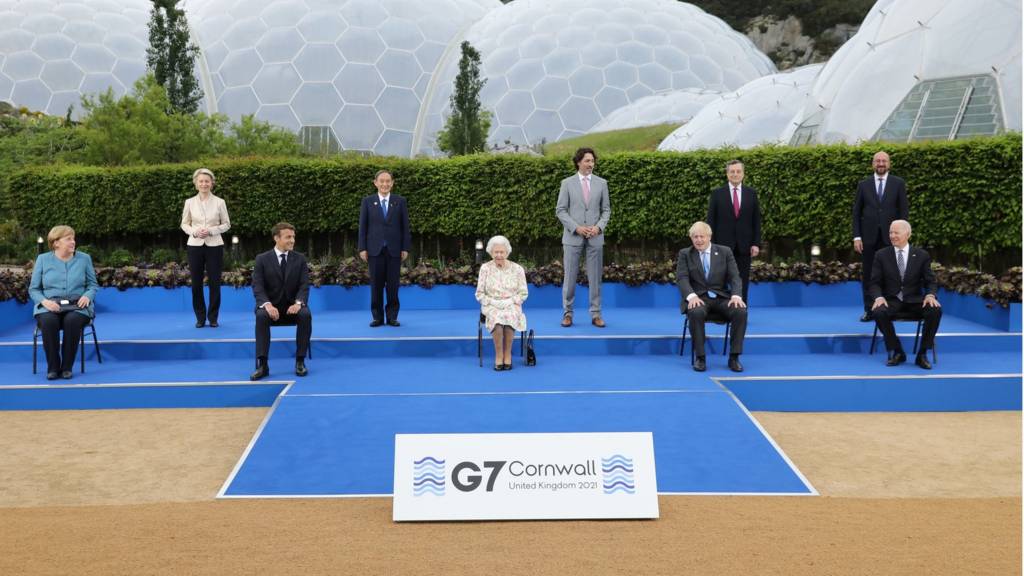 Boris Johnson tells the BBC he has coined a new term for the so-called special relationship.

Boris Johnson says the donations to countries in need will begin within weeks.

The PM also says he is in harmony with the US president over NI, as they meet for the first time.

Boris Johnson faces tougher meetings at the G7 this week than his first encounter with the US president.

What's the G7 tax deal and are Amazon and Facebook in it?

A deal has been agreed by the world's richest nations to tax global companies more.

Why are world leaders coming to the English seaside?

World leaders will descend on the Cornish coast for face-to-face meetings on Friday 11 June.

G7: Living in the resorts in the global spotlight

The G7 summit is being held in a remote part of Cornwall, and has divided opinion amongst locals.

Guide to the G7 spouses, as Carrie Johnson hosts a beach party for the world leaders' other halves.

How does Biden-Johnson relationship stack up?

The leaders of the US and UK will bring their very different backgrounds to their first official meeting.

Why does the G7 summit matter?

The Cornish meeting will offer glimpses of our leaders and snapshots of the relationships they forge.

Jon Kay tells us what is happening ahead of this weekend's G7 summit in just one minute.

The UK and other rich nations are urged to show "historic leadership" in sharing vaccines globally.