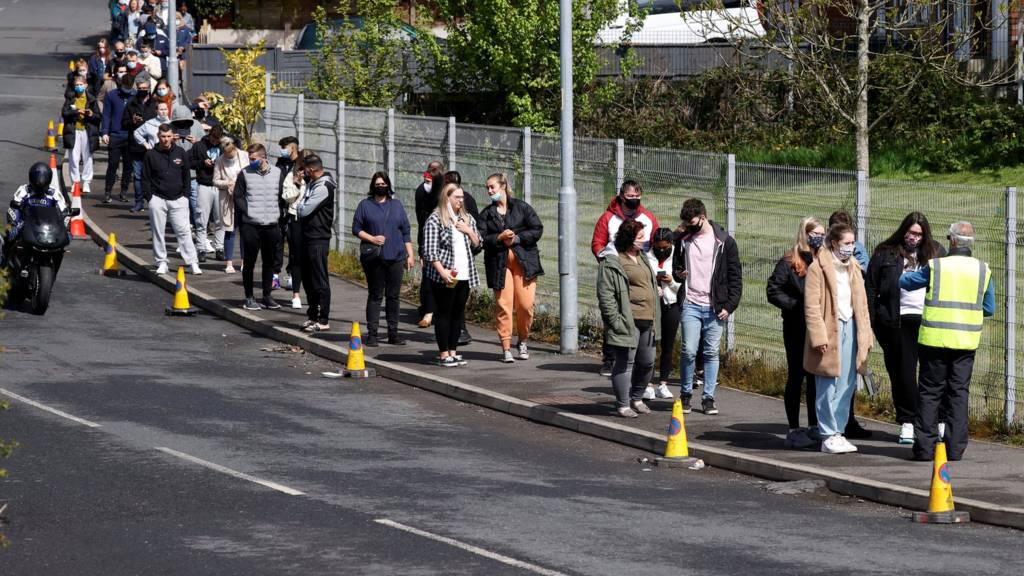 Sir John Bell says balance is needed in the discussion over when to end lockdown restrictions.

The latest figures come amid concern over a recent small rise in cases linked to the Indian variant.

How significant is a day without Covid deaths?

There have been no coronavirus deaths announced today - is this a moment for celebration?

It is the second Chinese vaccine to get the green light from the global health body.

Scotland 'at the start' of a third wave of Covid

Language teaching 'all but collapsed' in pandemic

NI pupils study languages on a compulsory basis for less time than any other country in Europe.

The reopening of hotels is another important step for the country, says Ireland's tourism minister.

It could affect the further easing of restrictions across Wales, the health minister says.

Why house prices are rising so fast in a pandemic

House prices are increasing at their fastest rate for more than a decade. These graphics explain why.

A "highly contagious" outbreak forces millions of Melbourne residents into a second week of isolation.

Where is the Indian variant and how is it spreading?

The Indian variant is spreading in some parts of the country - how serious is it?